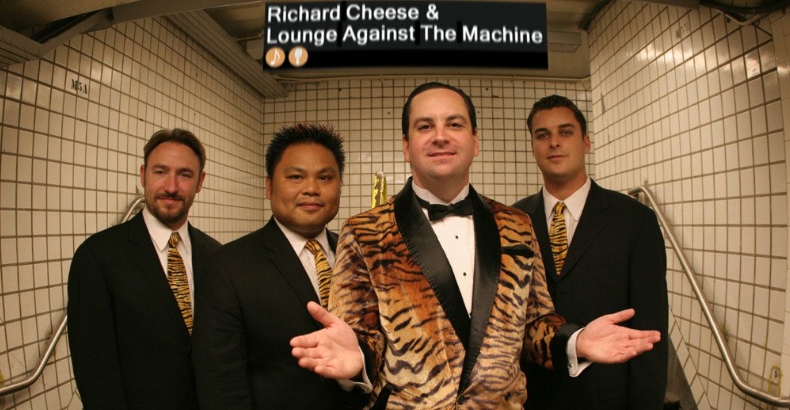 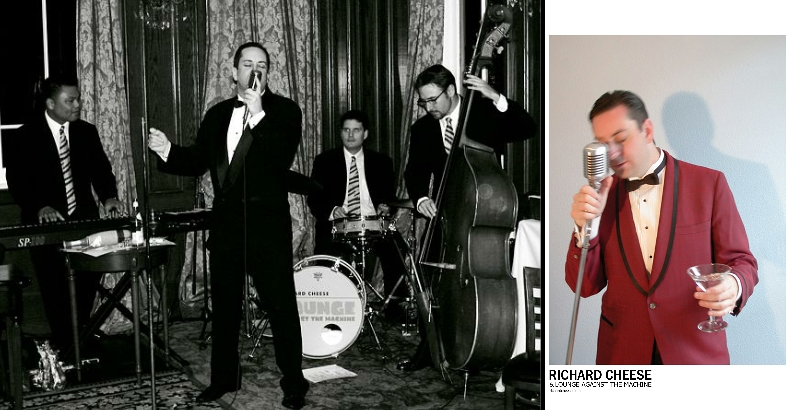 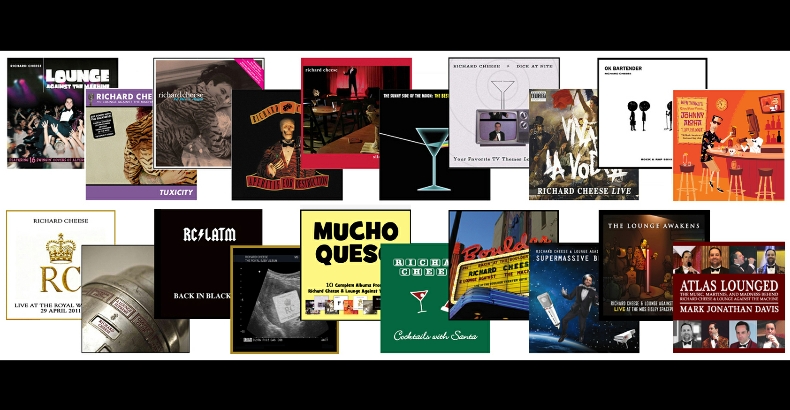 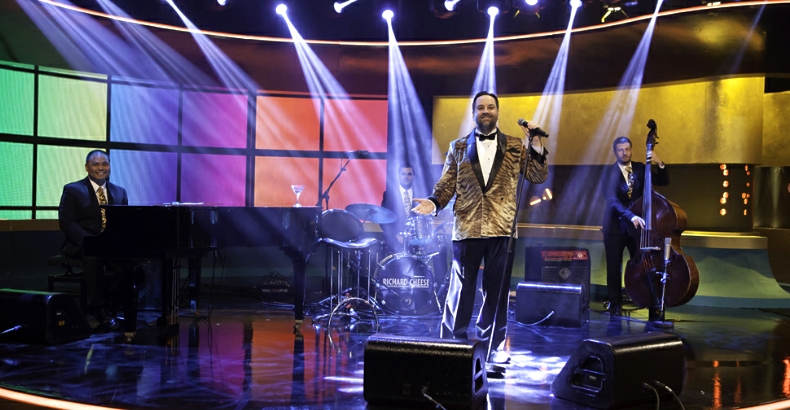 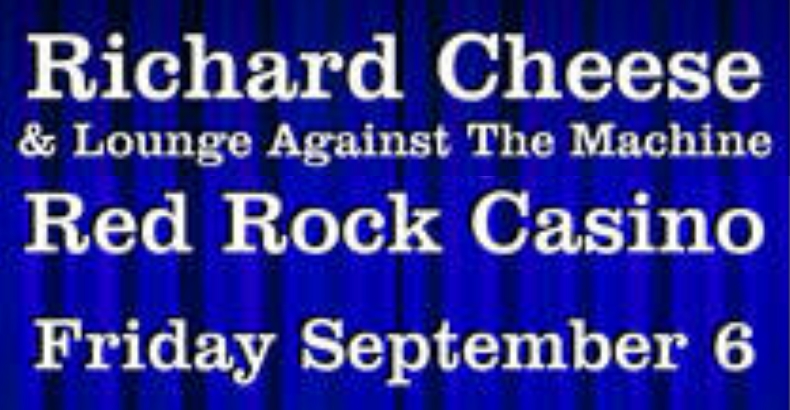 Excellent. Speaking of releasing albums, you've released 20 in the past 19 years, if my count is accurate.

Which strikes me as more of a marathon than a sprint and incredibly prodigious. What are your favorite things about having your own label and releasing your own albums yourself?

Oh, there's nothing good about it. I hate it! It's expensive, and time-consuming, and exhausting, and everyone hates me, and the studio is mad at me, and the musicians are tired of me. It's the worst thing: I do not recommend it.

That said, I'm very grateful for the fans who will buy anything we put out. And there's about 300 of them. And those are the guys (oh yeah… 301 now!). You’re the guys who make it worth our while to keep recording and to keep putting out records. And I think we're going to keep doing it as long as we can sell that 300. But I'd really like to get that up to 30,000. If I could just pop it up, by a couple 20 grand? That would be fantastic.

What songs are your favorite to perform for a live audience?

Well, that's that asking me to choose which child I'm going to let the Trump administration put into a cage. And I don't think—

I’m sure this must be a real Sophie’s Choice moment, for you…

Yeah. I don't think I could do it. But I would say that there's a rotating roster of about 300 songs that we play live. So in any given show, we play 30 or 40 songs. At this particular show, on the 6th, we're doing “Hot for Teacher” by Van Halen (which we’d cycled out of the rotation). We're also doing “What's My Age Again?” which is a Blink 182 song, because they're playing at The Palms, now; and we haven’t performed it live, in probably 6 years. So that's going to be a lot of fun, because we like bringing back songs.

But there are a lot of different songs that are in the repertoire; so I couldn't pick one to say I love it the most. But as I said before, so many great songs out there, they're all good. We're very lucky that we're living in this golden age of songwriting.

Oh, it's wonderful. Do you think there are one or two songs that your fans would be pissed if you didn't play?

That's a good question. We have a few "hits" that were made popular by appearances in movies. For example, we covered the song “Down with the Sickness” by Disturbed, in 2004, for the movie Dawn of the Dead; so we really feel like we have to play that every time. We play “Baby Got Back“ by Sir Mix-a-Lot at pretty much every show; and there are a few others. I love pleasing the fans. But at the same time, I'm sure that many of our fans have heard us play “Down with the Sickness” about 400 times; and they'd love us to try playing other things, so they get kind of a balance. So, we try and mix it up a little bit. I will say, though, that the reason why we play “Baby Got Back” at every show, is because that's the song during which I bring a girl from the audience up on stage to dance. So that's mostly for us.

It's a very interesting thing that you’ve brought up, and I’ve found that a lot of artists are walking a line between expressing themselves creatively and playing the hits for their fans. I went and saw Diana Ross do opening night at the Hollywood Bowl (which was amazing). And I've seen her in Vegas probably 15 or 20 times through the years – and she knows that people have flown-in from around the world to hear her sing the Motown/Supremes songs, her disco classics, the 80s songs, etc. But at the Bowl, she played stuff with the symphony that’d beenarranged very orchestrally, that I’d never heard her sing before. And it must have been so nice for her to not have to play the exact same set that she plays for the audience coming to her residency shows.

Yeah. I saw her in Vegas when she was doing her first couple weeks of shows. And there was one song that she didn't do; and I was so frustrated. It was the one song I really wanted her to do. I think it was “Ain't No Mountain High Enough,” but for some reason, it wasn't in the show. And so I appreciate that she as an artist would want to not repeat the same songs over and over again.

But at the same time, you can't not do your hits because that's what people want to hear. I love the idea of creative expression; but I wouldn't be anywhere without the fans. So, it's really whatever they want. That's why we take requests during the show. We set up a microphone, in the back of the audience, and we have people walk-up and make requests. And we’ll play anything and everything that people ask for - especially if it's something we don't know, because that's going to be terrible! And that's what we like to do. That’s when we’re living up to our reputation.

You’ve collaborated with artists from Fred Schneider of The B-52’s and "Weird Al" Yankovic, to Theremin virtuoso, Pamelia Kurstin. What are some of your dream collaborations?

Well, there are a million people I want to do songs with. I love Tony Bennett; but I don’t think that I’d ever bother him, with such a request. He's very busy, and he's way above me. I would never in a million years: He's the best!  And I've met him on many occasions (and he could not be a sweeter guy); but I wouldn't want to impose on him.

But someone who's really great, who I love, is Randy Rainbow. And we've talked about doing a duet. And there's a couple things in the works maybe, maybe for next year. And there’s this great guy, the clown singer, Puddles Pity Party?  He and I are talking about doing a duet.

Puddles Pity Party has the most gorgeous voice.

Yeah. He's great. And there are some artists with whom I've wanted to perform, for a long time. But I'm not going to in a million years make a wish list. Because I don't deserve to have these things happen. That would just be-- I would like to do something where it's spontaneous, and it's easy to make happen. But I'm not going to go bother somebody because I'm Richard Cheese. I'm not in the same neighborhood as Tony Bennett.  Frankly, I'm not even in the same neighborhood as Tony Roma’s.