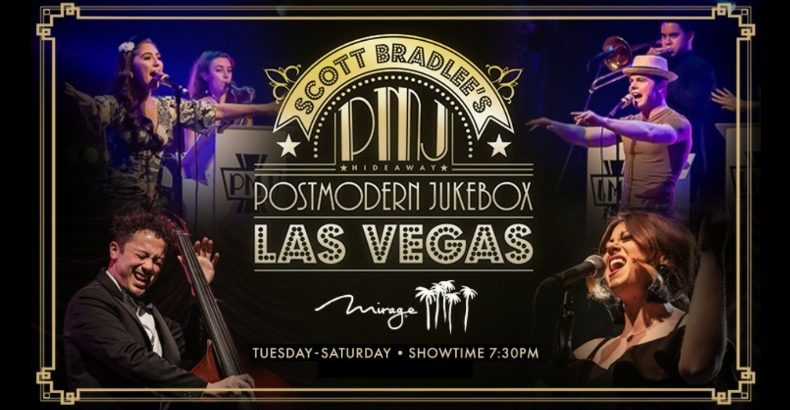 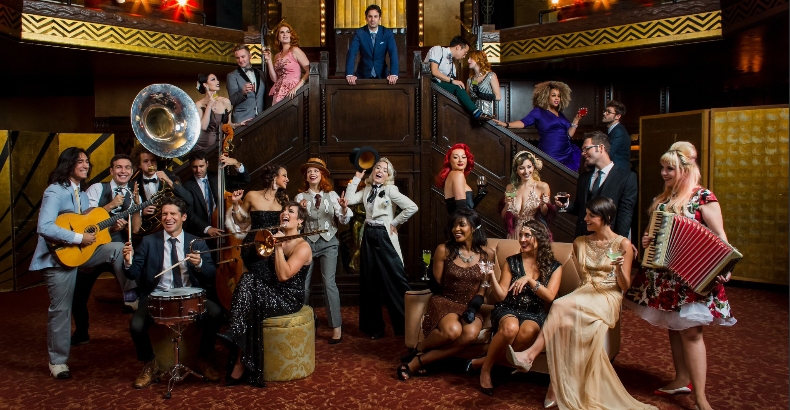 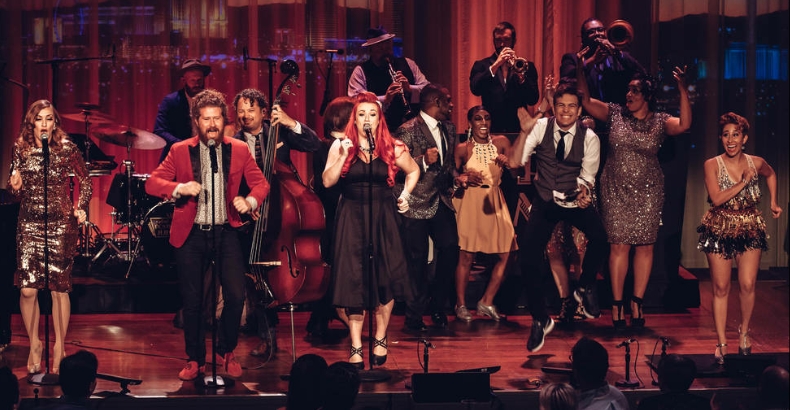 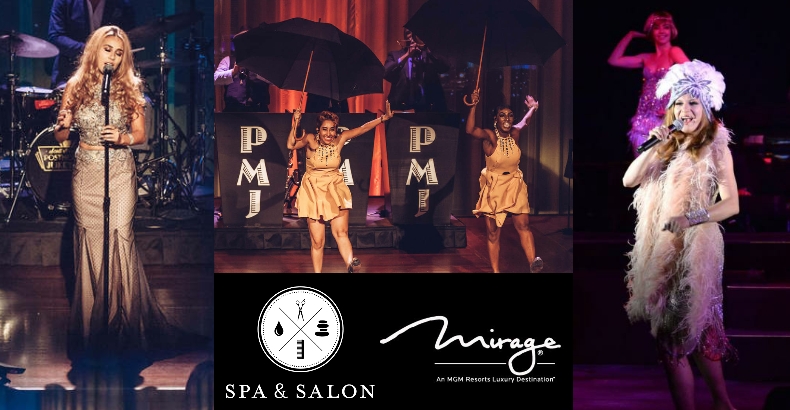 Scott Bradlee’s Postmodern Jukebox doesn’t just cover songs.  Rather, Bradlee and the collective of 100 or so talented vocalists and musicians he’s assembled, pick a favorite contemporary song (usually rock, pop, or R&B), listen carefully to it, and then rearrange that song, filtering it through the constructs of musical genres that harken back to another era, such as ragtime, Dixieland, swing, ‘60s girl groups, doo-wop, or Motown.

And in the evenings from Tuesday through Sunday, they call Las Vegas “home” thanks to Scott Bradlee’s Postmodern Jukebox Hideaway, which has set up shop at The Mirage through the end of August.

This is great, in and of itself; and would normally be the end of the (albeit rather short) conversation.  But, always keen on cross-promotions and clever marketing ideas, I read something today that both amused and intrigued me; so much that I felt compelled to share it with you (and applaud whoever thought if it).

You see, PMJ doesn’t stop with the sound, but collectively dives deeply into the look and feel of whatever musical genre they’re plumbing; so they sing, play, and dance in costume – whether it’s the bowties, knickerbockers, and suspenders donned by the men; or the vamps, flappers, pin-up girls, and jazz sirens being channeled by the women.  (This is why virtually every PMJ video is vaguely reminiscent of a commercial for imported beer.)  But what if the audience could get in on the fun of transforming themselves into people styled as though living in a bygone era?

Well, now they (and you) can!  Thanks to the folks at The Mirage Spa & Salon, you can now have a yesteryear-inspired maquillage or hairdo to top-off whatever look you pull together from your vintage closet; and depending on how deep you care to dive in, there’s a package that’s right for you.  Just looking for some glam tresses?  Try the Postmodern Pin-Up ($55).  Want your mug beat to be reminiscent of the molls and dames from the Rat Pack era?  Then maybe the Lavish Lounge Look ($45) with OG Vegas-style lips, liner, and lashes, is the way to go.  Meanwhile, to transform everything above the neck into Daisy Buchanan realness, indulging in the Postmodern Pamper Package ($90) is the bee’s knees.

Think of it as continuing in the vein of The Sound of Music sing-along, or the midnight showing of The Rocky Horror Picture Show at your local cineplex.  And like those acquired pop culture tastes, this isn’t going to tickle everyone’s fancy; but frankly, if you’re staying at The Mirage, and you’re planning on dudding-up for a night of swilling hooch with the swells at the PMJ Hideaway, why not go all the way?  You’re sure to be the cat’s pajamas!