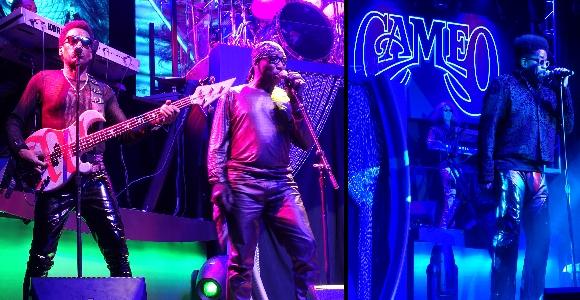 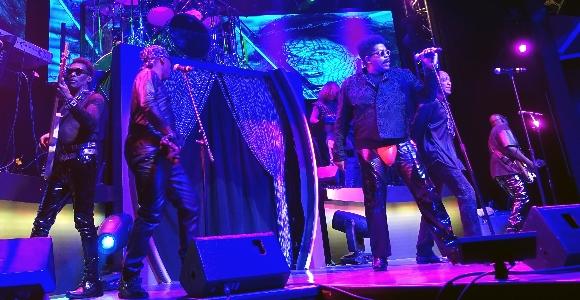 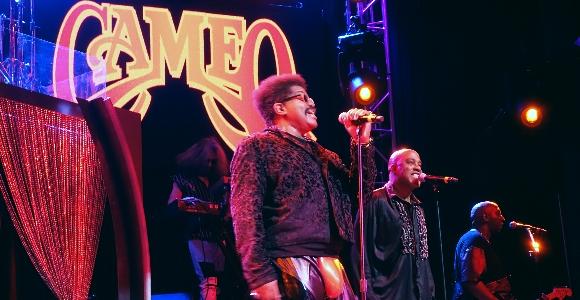 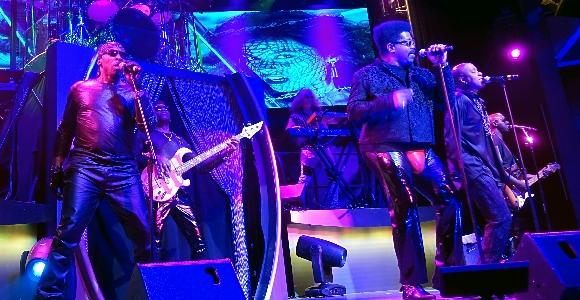 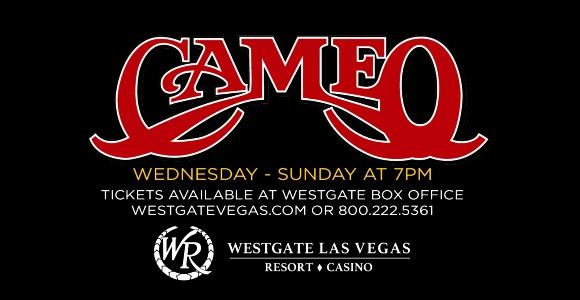 What do Jane’s Addiction, Outkast, Digital Underground, Gnarls Barkley, and Dr. Dre have in common?  They were all influenced by that conflux of funk and rock known as CAMEO.  One of the most influential acts to come out of the P-Funk era, CAMEO (contemporaries of Prince, The Dazz Band, The Bar-Kays, and The Gap Band) blended the danceability and overt sexuality of the late ‘70s, with the synths and technology of the ‘80s, for a sound that crossed markets and racial divides and brought listeners together, on dancefloors around the world; selling more than 20 million records, along the way.

With a string of 17 studio albums released between 1977 and 2000 – far and away the most popular of which, Word Up!, was released in 1986 and shared its name with what would go on to be their most enduring hit – CAMEO started-out in 1974 in New York, as the New York Players; a 10-member band led by Larry Blackmon.  Signed to Casablanca Records, the name was changed to CAMEO to avoid confusion with the Ohio Players (another funk outfit).

Last year, CAMEO (Blackmon, Tomi Jenkins, Kevin Kendricks, Anthony Lockett, Aaron Mills, Jonathan Moffett, Jeff Nelson, and Charlie Singleton) announced a residency at the Westgate Las Vegas Resort & Casino, running through the end of 2016, in the two-storied Shimmer Cabaret.  I went to see the show, and was delighted to find that not only has the music held-up, but that the band has, too.  Harmonies, throbbing bass, deep snares, and that signature “Ow!” have stood the test of time, wonderfully.

Clocking-in at a bit more than an hour (pretty much the sweet-spot for a Las Vegas show), the audience was on its feet and grooving to the music.  While I was a bit miffed that my favorite CAMEO jam (“You Make Me Work” – the lead single from the band’s 1988 album, Machismo) was not included in the show, I had a blast.  And when the band returned to the stage, for their encore; and the opening snares of their most famous ode to funk sounded, the excitement was palpable.  By the end, everyone was shouting “W-O-R-D Up!” for all they were worth; and it’s that self-aware nod to nostalgia that’s gonna have a lot of people coming back for more.  And with the music of CAMEO sampled and reimagined by such artists as Will Smith, Mariah Carey, Snoop Dogg, KORN, Boys II Men, and the late Tupac Shakur, there’s a whole new generation of booty-shakers, clamoring for residency in the CAMEO Nation.