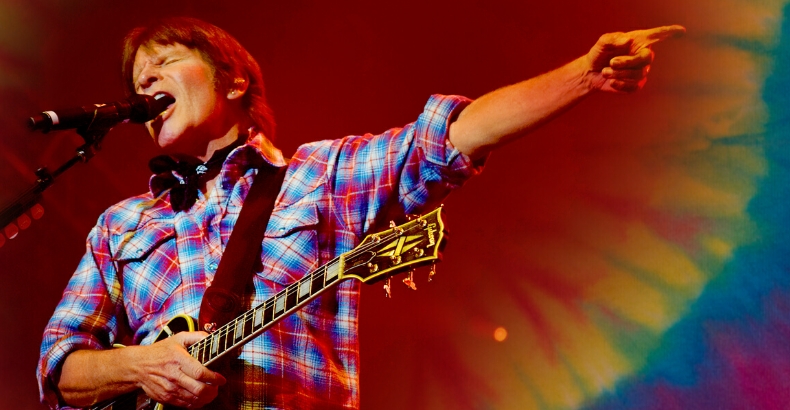 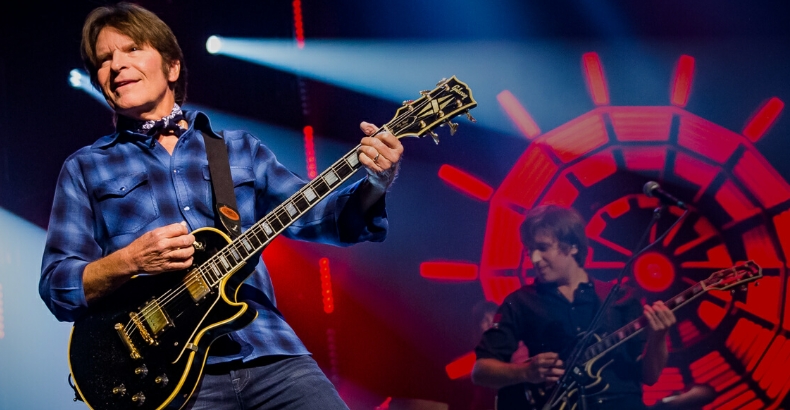 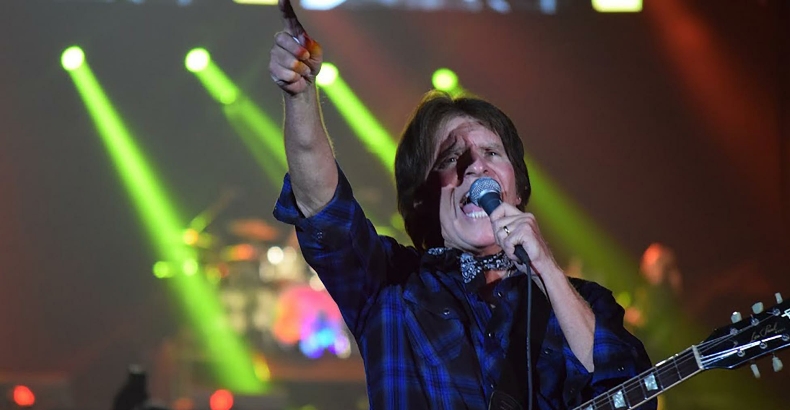 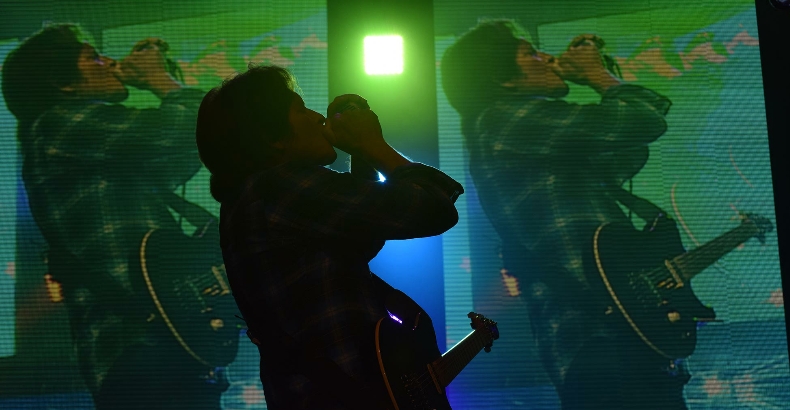 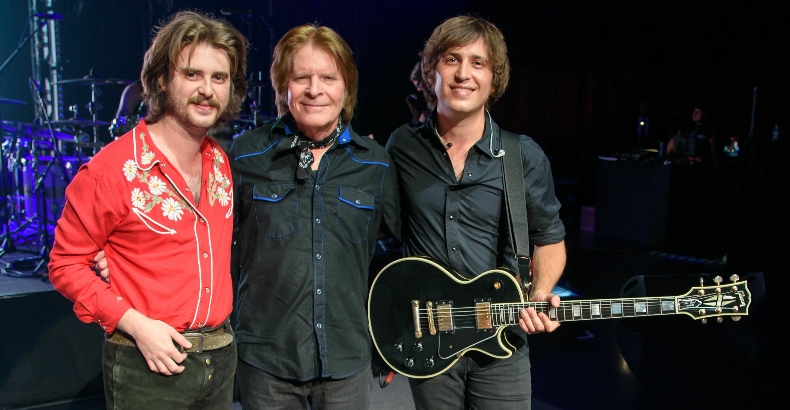 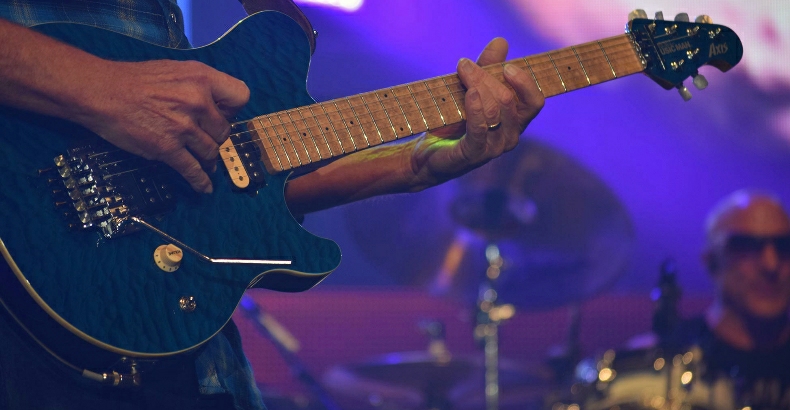 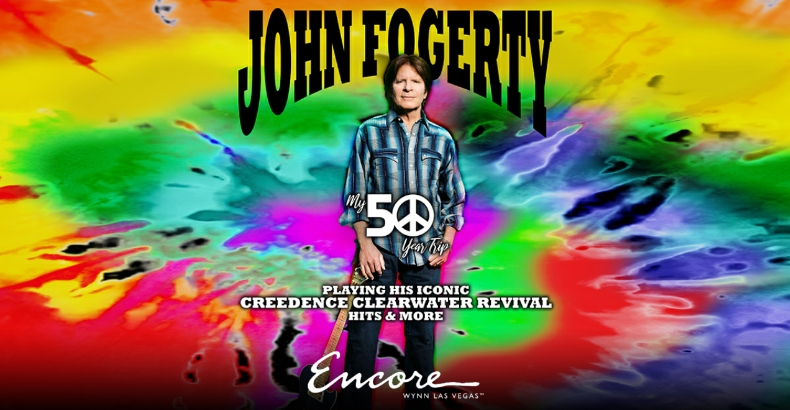 Muddy Rabbit.  Gossamer Wump.  Creedence Nuball and the Ruby.  These potential monikers would prove to be the also-rans for 1993 Rock & Roll Hall of Fame-inductee, Creedence Clearwater Revival (aka CCR).  In a time and place (late-‘60s San Francisco) that found their contemporaries deep into psychedelia; CCR was playing bluesy Southern rock, drawing inspiration from the likes of Muddy Waters, Lead Belly, Elvis Presley, and Little Richard.  This is why CCR sounds more like the Allman Brothers Band, Lynyrd Skynyrd, and ZZ Top; than say, Jefferson Airplane and the Grateful Dead.

So, having grown-up listening to CCR, I was pretty stoked to find that John Fogerty was killing it, at his Wynn Las Vegas residency.  But I thought Fogerty seemed a bit incongruous with anything I’d seen previously, in this venue (the musicals Avenue Q and Spamalot, The Grammys' Sinatra 100 special, Garth Brooks’ residency, stand-up from Whoopi Goldberg, and concerts by Beyoncé and Lady Gaga); not to mention the acts with whom Fogerty’s residency is currently rotating – musicians Diana Ross, Dwight Yokam, Chris Isaak, and Lionel Richie, and comedians Jim Gaffigan, Ali Wong, Chris Tucker, and John Cleese.

But, you know what?  It works.  And not just kind of; but totally, and in every way.  There’s a reason Rolling Stone has ranked Fogerty on its lists of both the “100 Greatest Singers” (#72), and the “100 Greatest Guitarists” (#40): He’s just that good.  And as his show follows that VH1 Storytellers format that we’ve come to know and love (i.e., tell a story, sing a song, connect the two; repeat), the Encore Theater is the ideal home for this show.

But the rocker who gave us such hits as “Fortunate Son” and “Proud Mary” is not content, simply strumming on a six-string, while singing his hits of yesteryear.  He plays a different guitar in virtually every song.  In addition to his drummer and longtime keyboardist, there’s a lead guitarist, a bass player, and a four-piece horn section.  Oh, and that twentysomething guitarist, who looks like a younger Fogerty?  It IS a younger Fogerty (son Shane, to be specific).  Shane is actually an excellent counterpoint to his dad and really wails on guitar.  And speaking of wailing, a high-point of the evening was when Fogerty’s other son, Tyler, came on-stage, and got down with his bad self (and the audience) to Little Richard’s “Good Golly Miss Molly” (in a velvet shirt, bellbottoms, and Chelsea boots, no less)!*

Few shows, these days, are flawless; but it’s the way that the artist reacts, that I find especially telling.  The night I saw John Fogerty (during one of his recent Wynn residencies) was no exception.  To wit, there was a problem with the sound accompanying the video that played between various songs.  Fogerty didn’t miss a beat, though.  He told the crew to raise the screen, made a funny comment about how we “live in this digital Kardashian age” (followed by a moment of being very real, “What can I say?  When the shit don’t work, the shit don’t work.”); then announced that he and the band would be playing for an extra half-hour to make up for any inconvenience.  He might sing about being “Born on the Bayou,” but John Fogerty – like his show at Wynn Las Vegas – is first class, all the way.