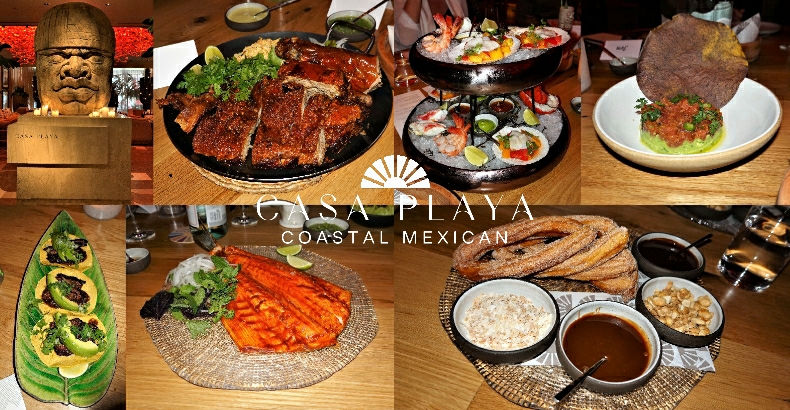 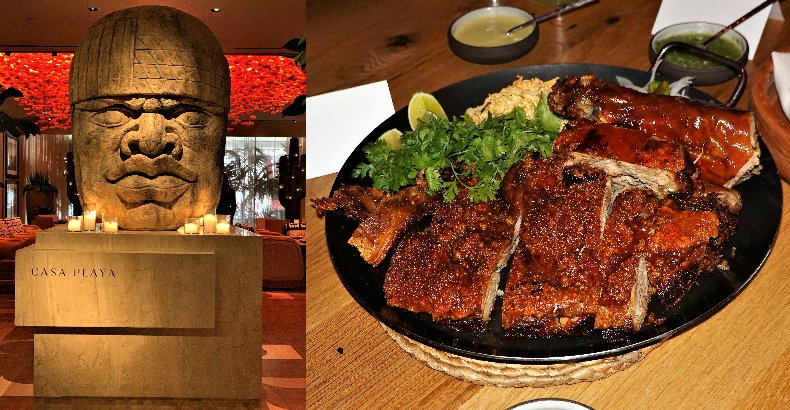 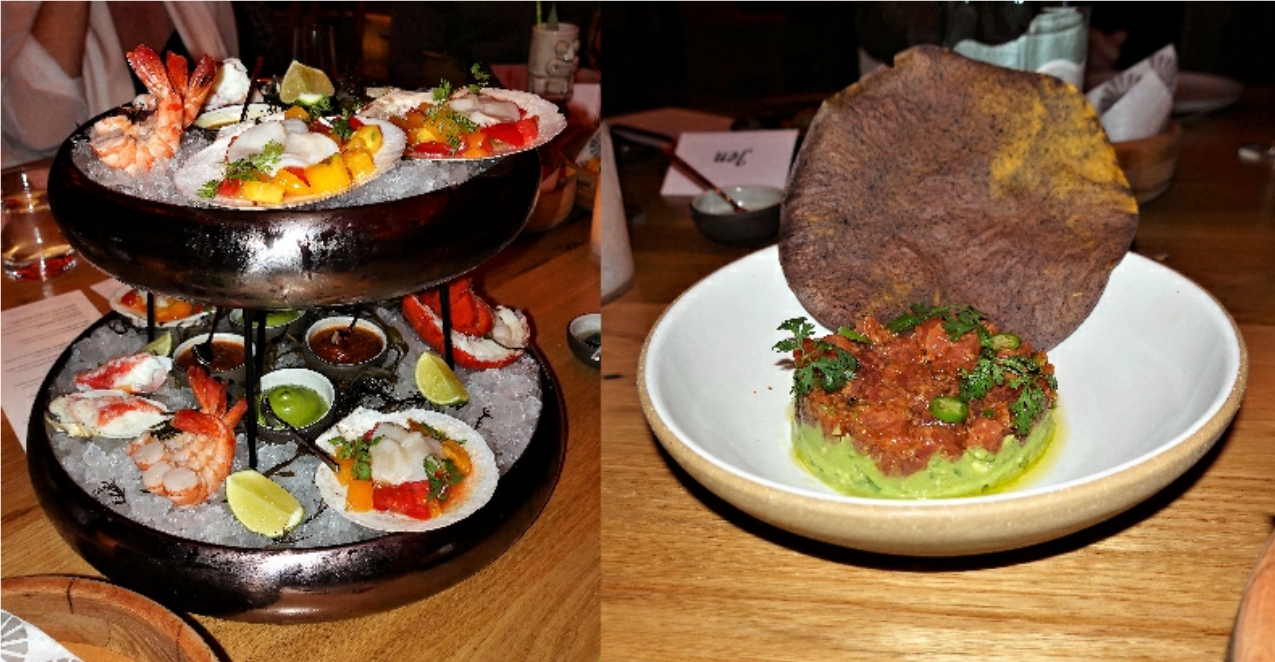 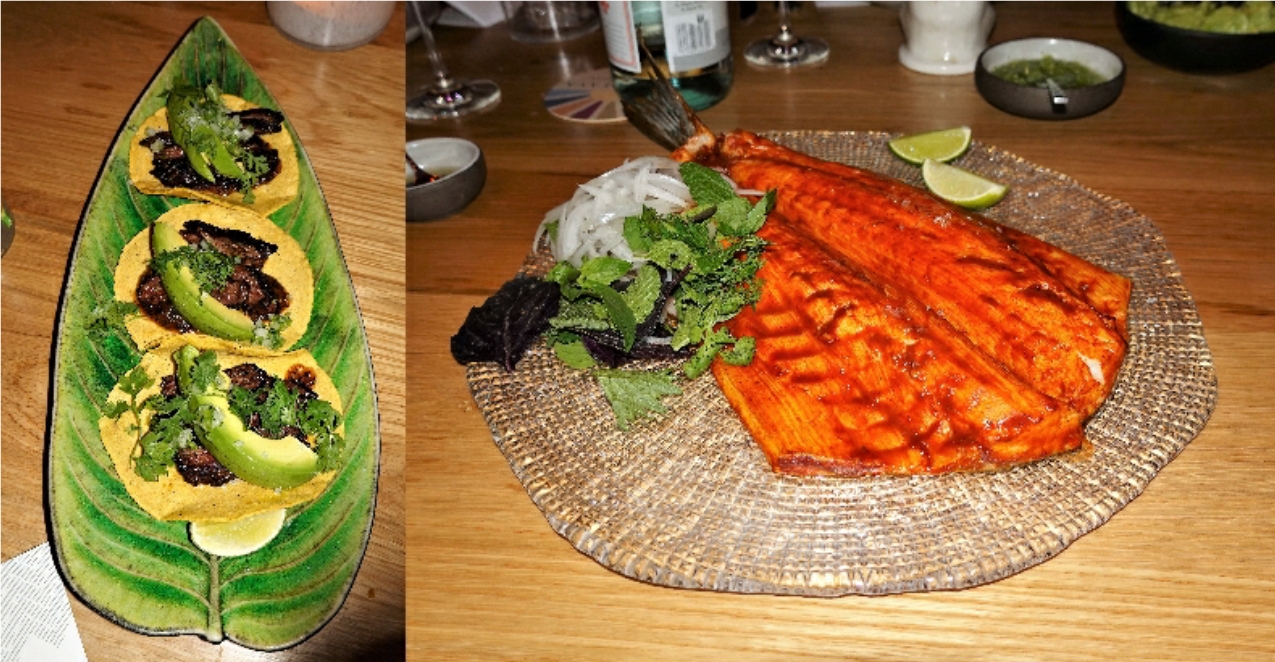 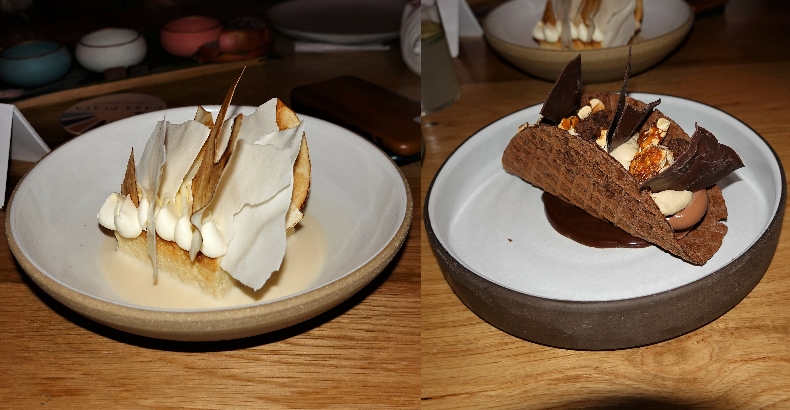 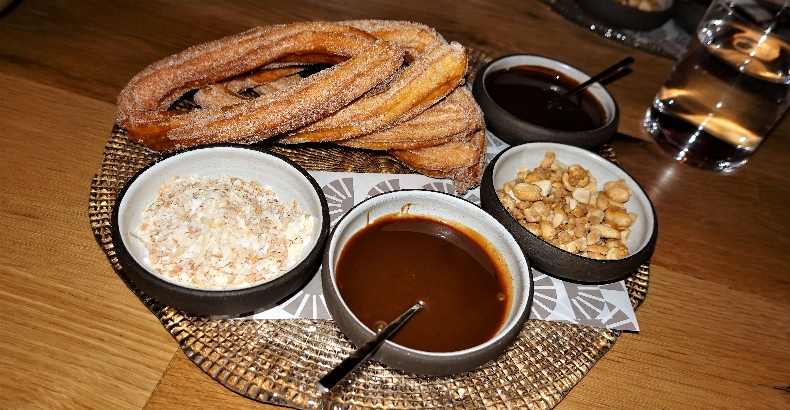 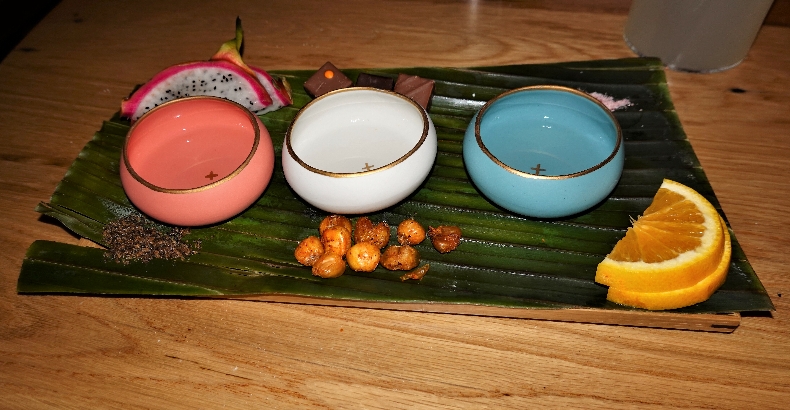 Early this month, Wynn Las Vegas invited some locals to put together “fun” tables and come in to enjoy dinner at Casa Playa, the new coastal Mexican restaurant at Encore.  Not a part of “play days”—those went down, last month—this was a kind of post-opening bash, and the ensuing fiesta proved to be fantásticamente festivo!

Spread out around the tables in the airy, whimsically-appointed room—complete with an Olmec colossal head sculpture, an absurdly Instagram-able installation of faux marigolds suspended from the ceiling, and crisp black-and-white photos by Myrium Santos, of Mexican beach scenes (my fave being of a cliff-diver in silhouette)—were any number of affable Las Vegans (and more than a few vegans, I’m sure), including Andrea Bennett and Steve Weitman; Stephanie and Brian Gullbrants with Christy Molasky and Enrique Gomez; Chef Todd English (whose popular Olives has just reopened at the new Virgin Hotels Las Vegas); nightlife mainstay Victor Drai with his son, Dustin; Dena duBoef-Roth and Dr. Jeffrey Roth with some out-of-town friends, the former Dr. and Mrs. Michael Seiff on a double-date with their respective others; the UFC’s Hunter Campbell; The h.wood Group’s  John Terzian; and a fab group brought together by Melinda Sheckells (who came with flowers in her hair à la Frida Kahlo, though sans unibrow, as an homage to the aforementioned installation of marigolds), with Amanda Moore and Chad Saunders, Angela Ciciriello, Mark Gray and Kacy Thompson (to whom I’ve been erroneously been referring as “Kiki,” for years), and the recently engaged Tiffany Bosman, gathered in the private dining room. *

The dishes at Casa Playa are ideal for sharing, further enhancing the spirit of conviviality.  Guests began with Chips and Salsa (which I promptly Hoover-ed, upon being seated) and Housemade Guacamole.  There were Black Truffle Tostadas (with Cabot clothbound cheddar and corn cream), and Sweet Potato Flautas (with Guajillo salsa and crema), and a sensational Queso Fundido (with housemade red chorizo) of which I regret not getting seconds.

Wynn Design & Development’s Todd-Avery Lenahan was hosting a party-within-a-party at the large round table in the middle of the room (complete with place cards!), with a roster of guests that included me, events expert Dawn Hume, PR maven Amy Rossetti, Michelle Ortiz (my favorite pâtissière-cum-design aficionado), as well as WDD Creative Director Michael Wood, his boyfriend Reynolds Englehart, and Reynolds’ mom, Jenny (who was in town for a visit).  Of course, for yours truly, mine proved to be an ideal seat for sussing out who was there, where, and with whom; so, I was as pleased as the proverbial punch.

Toward the front of the room, enjoying entrees such as the absolutely sublime Wagyu Carne Asada Tacos (with salsa Roja and avocado) and a delicious Whole Branzino a la Talla (with guajillo adobo, herbs, and salsa cruda), were Jolene Manina and David Leibner who supped with Alana Campos and Ryan Doherty; as the folks at John Tippins’ table seemed to hang on his every utterance.  Elsewhere, David Chesnoff broke bread with a pair of New York scribes; Emmy and Todd Kasten joined Al Mancini; Mercedes Martinez dined with Matt Bolt; while at a table near the PDR, Ellen and Dr. Maury Schaner and hair-and-makeup artiste Bo Brinkman joined Annemarie and Fletcher Jones III; as elsewhere, Alan Waxler, Randy Char, and Patrick Lang were seen enjoying the scene curated by Wynn's resident reina de los restaurantes, Elizabeth Blau.

An especialidad de la casa, the Whole Roasted Carnitas (with crispy skin, smoked agave syrup, chipotle slaw, chiles toreados, and charred cucumber salsa) are not to be missed.  These aren’t your average pork carnitas, mind you.  Rather, executive chef Sarah Thompson uses roast suckling pig; ensuring that this dish that serves three to four people is as succulent as it is flavorful (and, should you have any leftovers, is fantastic when enjoyed out of the fridge in the middle of the night).

And while our stomachs were filling fast, it’d have been a shandeh not to have partaken in the sweet treats that came our way for dessert.  First were the Tres Leches Cake (with toasted coconut and white chocolate) and the “Choco-Taco” (with a chocolate waffle cone, gianduja ice cream, coffee cream. And hazelnut).  I had never had a Tres Leches with coconut, and think it elevated the classic dessert to new heights.  And the “Choco-Taco” was so good that I picked it up with my hands and ate it like a regular taco!

Rounding things out, we were presented with Churros for the Table (with Mexican chocolate, cajeta, candied peanuts, and toasted coconut).  I say ‘presented’ because it was very much a presentation.  Unfortunately, I was so busy getting my schmooze-on, that I neglected to try them; but based on the fact that nary a crumb remained when I returned to the table, I think it’s safe to say that the churros were a hit.

I love a lagniappe, and apparently, so too do the folks at Casa Playa; because just when I thought the service was concluding, Noah Arenstein, the restaurant’s resident Agave Master, came over with trays of Mezcal La Medida Espadin Joven, the smoky, citrusy, herbaceous spirit distilled from agave and produced for three generations by a family in San Baltazar Guelavila, Oaxaca, Mexico.

[Editor's Note: In addition to her skills behind the camera, Myrium Santos also works as the creative director for the multitalented singer/songwriter/actress Andra Day.]