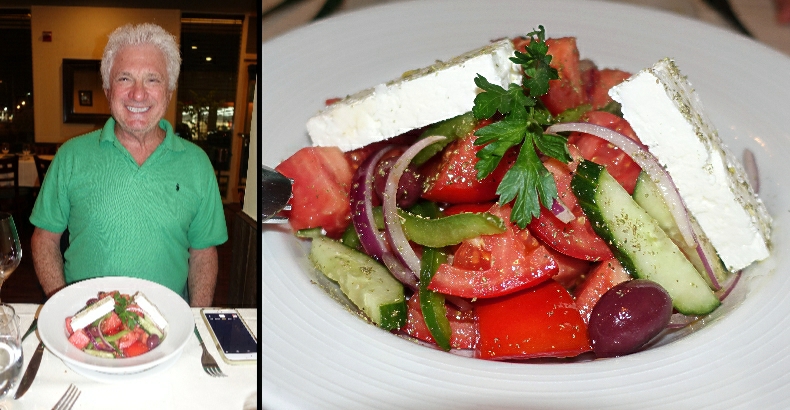 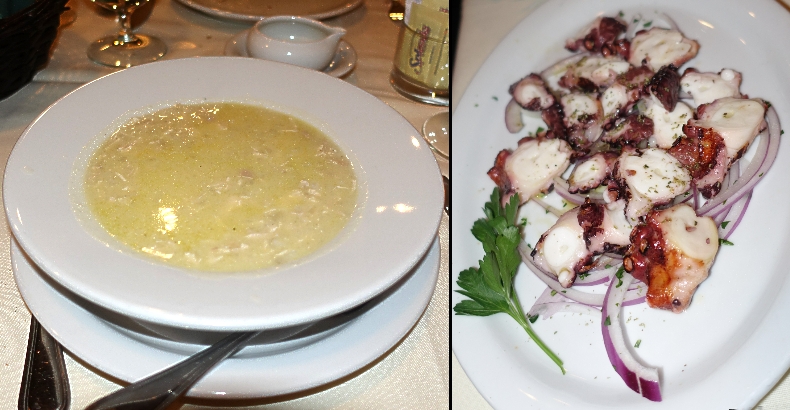 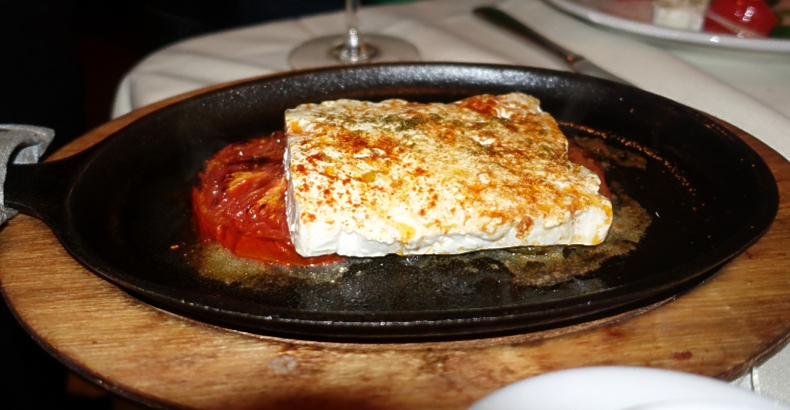 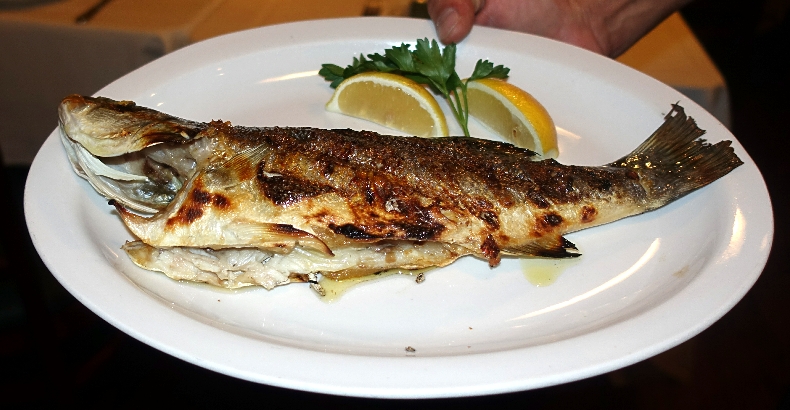 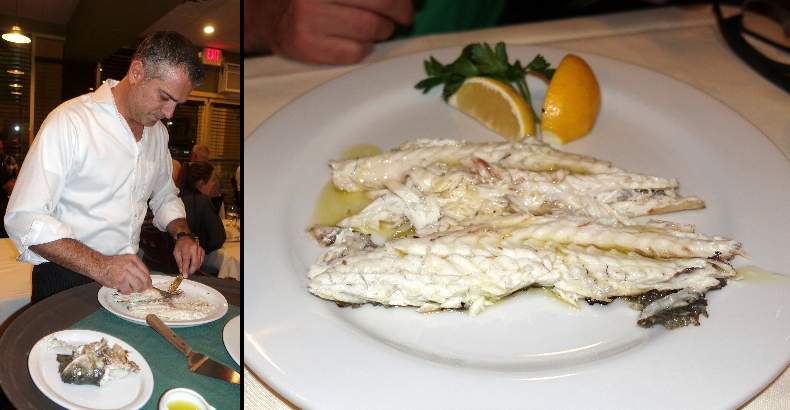 Not too long ago, while attending a dinner party at the home of some friends, one of the guests mentioned this fantastic Greek restaurant, that had recently opened, on Durango; so I filed it away for future reference.  A week or so later, my dad called me up, and invited me to join him for dinner at this “new Greek joint, Elia” he’d heard about, on Durango.  Taking this as a sign that it was meant to be, I accepted his invitation; and boy, am I glad I did!

Being roughly 5:45pm, I was the first to arrive.  After being shown to a 2-top, I asked if we might have a larger table; but was informed that they were all reserved.  This may sound odd (as I was the sole customer), but seeing as there are only a dozen or so tables, it passed muster with me.  Of course, the first thing out of my dad’s mouth, upon arriving was “Do you think you could’ve found a smaller table?”  But you know what?  By 6:30pm, the joint was packed!

I wasn’t quite sure what I’d been expecting; but it certainly wasn’t this intimate restaurant – that bills itself as an Authentic Greek Taverna – with its simple yet elegant décor, and those marvelous smells emanating from the kitchen; topped-off by a black-and-white photograph of Melina Mercouri gazing down over the dining room, like Elia’s patron saint.

Now, as much as I enjoy atmosphere, ambiance, and décor (and we know I do) – at the end of the day, it’s all about the food; and Elia rises to the occasion, with grace and a bit of flair.

We started with soup and salad – for me, the bowl of Elia’s homemade Organic Egg and Lemon Chicken Soup; and for dad, Horiatiki (a contemporary spin on the Greek Salad, with tomato, cucumber, feta, Kalamata olives, green peppers, and wild oregano).  Both were splendid.*

For our next course, we shared the Roasted Feta (oven-baked feta cheese, tomato, serrano peppers, and wild oregano).  Something about the spiciness of the peppers, and the juiciness of the tomatoes, mixed with the warmed cheese, in that sizzling pan, and made for the most wonderful spread (thereby requiring second and third baskets of bread).

I found the Grilled Octopus to be light and lovely; but the Lavraki was the real headline, here.  Deboned tableside, by the charming Alexandros (one of Elia’s trio of proprietors), it was so tasty that my Dad hasn’t shut-up about it, since.

And lest it was a fluke, we just went back, last night, with my stepmother.  And everything was just as delicious as it had been a couple weeks prior!  Furthermore, on this occasion, we got to chatting with Nikos (another of the Elia Three), and got some background.  Nikos and Alexandros (front of house), and Savvas (chef), had previously worked at Milos at The Cosmopolitan of Las Vegas (in Nikos’ case, in New York, as well); before teaming-up to venture out on their own.

I’ve got a sneaking suspicion that, by the time Christmas rolls around, they’ll be well on their way to outgrowing their current location.  But, that’s a wonderful predicament in which to find oneself; isn’t it?

[Editor’s Note: The soup was so good, in fact; that I’m ordering some, via Postmates, as soon as I post this essay!]