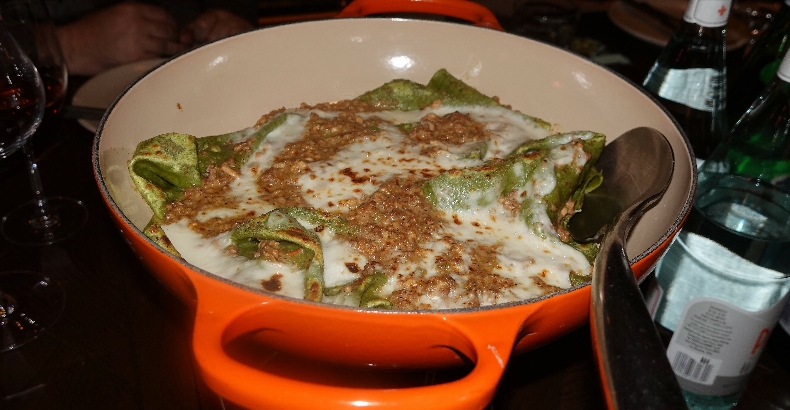 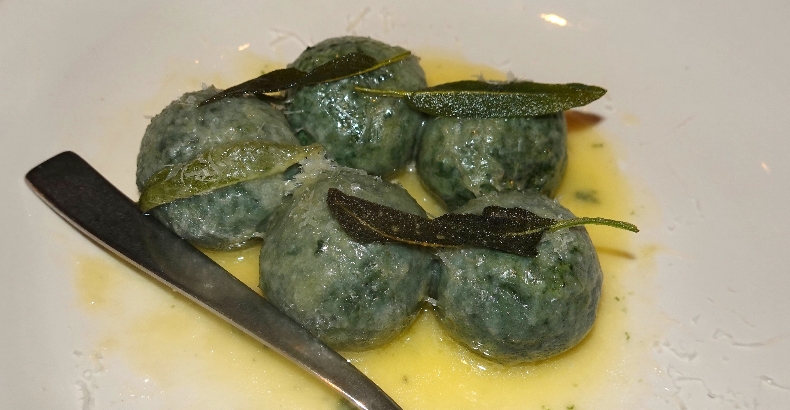 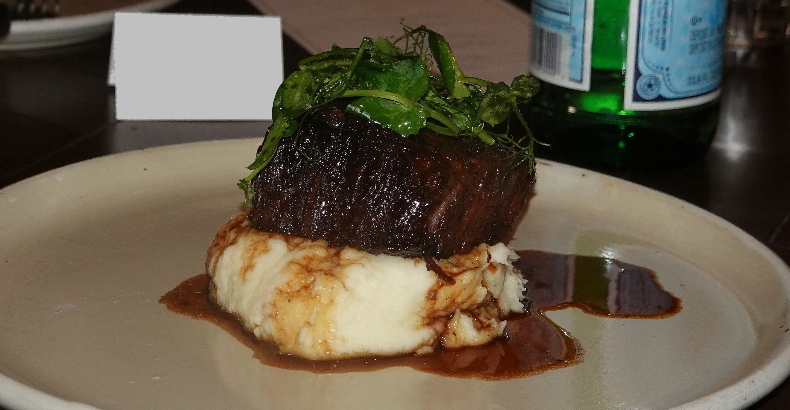 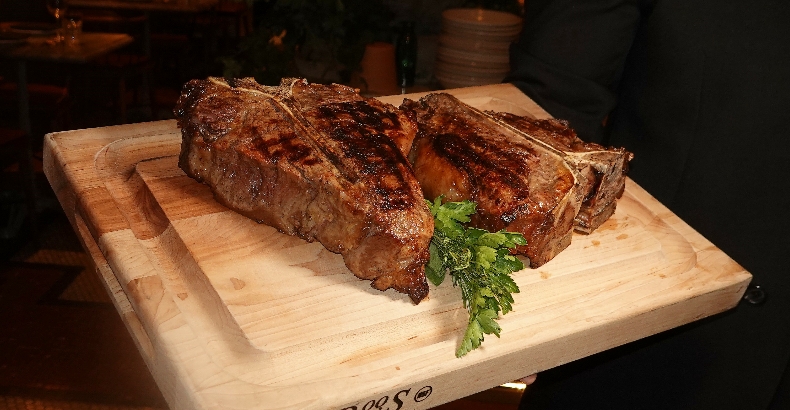 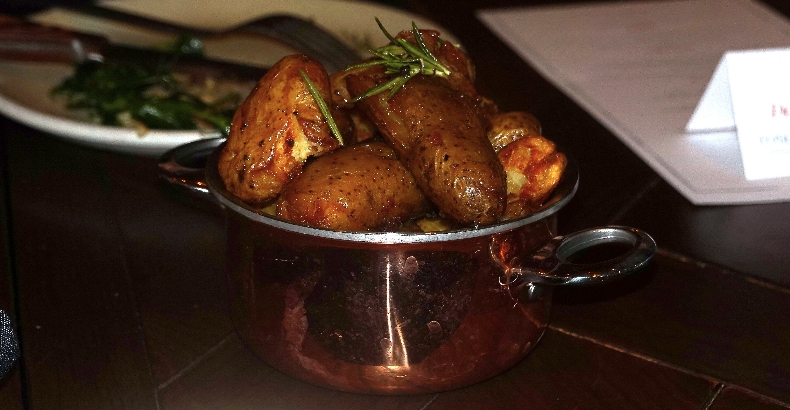 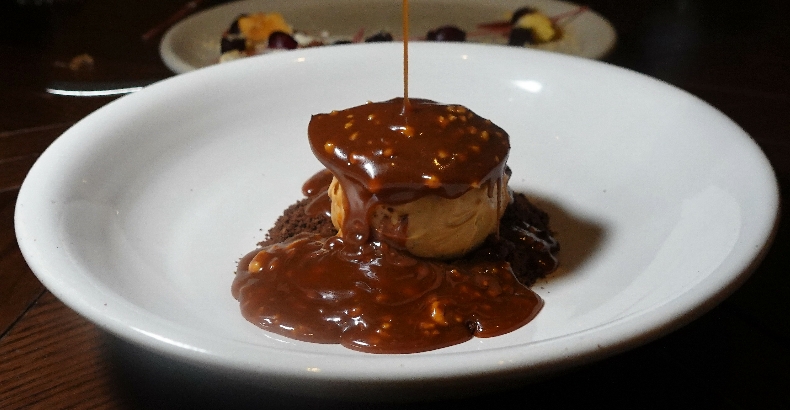 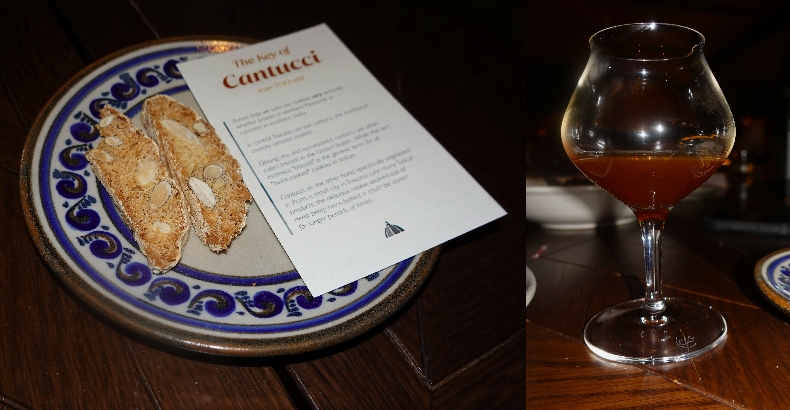 Immersive experiences are all the rage, these days, and the one offered at Toscana Ristorante & Bar is particularly delizioso.  One of two restaurants located inside Eataly Las Vegas—the 40,000-square-foot authentic Italian marketplace (complete with three bars, two cafés, more than a dozen food counters, and a market) that opened at Park MGM in December 2018—the recently unveiled Toscana is a culinary deep-dive into Tuscan cuisine, wines, and mixology.

With Toscana, the team at Eataly has “built an authentic flavorful menu paired with tableside moments for a fun and elevated experience,” explains Eataly USA’s Alex Saper, of the new dining concept, where “we’re honoring the legendary region of Toscana, known for its stunning landscapes, incredible art, and hearty dishes made with simple, high-quality ingredients.”

Recently, I enjoyed a fantastic dinner at Toscana, and those hearty dishes of which Saper speaks are the real deal!  What’s more, based on the multicourse meal we enjoyed, executive chef Juan Castillo really knows his stuff.  Upon passing the ivy-covered arches of Toscana’s façade, I entered the 94-seat venue, and as I was led to the table, my eyes took in the rich, warm earth tones (think: sepias, ochres, and burnt sienna) of the restaurant, which had been designed with a contemporary flair as a faithful homage to the region’s famous villas and olive groves, with a great open woodfire grill centering the observation kitchen.

The parade of dishes commenced once I joined my fellow diners at the table, where they’d been enjoying a tableside presentation of the house specialty cocktail, the Negroni Toscana (wherein the guests get to mix and match a gin, a bitter, and a vermouth, from a robust list of each).  First up on the were a pair of pastas, the Lasagna Rustica al Forno (housemade spinach lasagna, beef and pork ragù, béchamel, and Parmigiano Reggiano® DOP Aged 24 months), and the Gnudi (housemade ricotta and spinach gnocchi, fresh sage butter, and Parmigiano Reggiano® DOP Aged 24 months).  Do not confuse the Lasagna with the layered dish beloved by America’s favorite Mondays-hating comic-strip feline.  Rather, this is a more deconstructed version—presented as a dish for two—featuring a wide, flat sheet of spinach pasta, and a zesty ragù, with a healthy amount of aged Parmigiano Reggiano, melted, on top.  It was fan-friggin-tastic, and the Gnudi were light and particularly lovely.

Following the Pasta course was the Piatti (or meat) course, which featured not only the Peposo Alla Fiorentina (chianti-braised short ribs, black peppercorns, Yukon gold potato purée, and pea tendrils); but also, the star of Toscana’s menu, the Fiorentina (42oz Creekstone Farms porterhouse, fresh herbs, Franci extra virgin olive oil, Yukon gold potatoes, and sugo d’arrosto).  At this point, short ribs have become ubiquitous, but credit to Chef Castillo, for adding a nice earthy kick to his by braising them in chianti.  Chef Castillo’s take on Bistecca Alla Fiorentina—described by the 19th-century Italian epicure, Pellegrino Artusi as “a chop with its bone, a finger or a finger and a half thick, cut from the sirloin of steer”—is not only bathed in Franci EVOO and the herbs name-checked in the chorus of Simon & Garfunkel’s “Scarborough Fair,” before being grilled over the open flame of Toscana’s woodfire grill but is painted with more of the oil (using a “brush” of fresh herbs), when presented, tableside, before being sliced up and plated, all to great effect.  Accompanying the meat dishes was the Patate (roasted potatoes, rosemary, and Urbani truffle butter), which were fabulously seasoned, with wonderfully textured skin.  Of course, what doesn’t taste better when coated in truffle butter?

Rounding into the Dolce course, we were presented with the Panna Cotta e Amarena (housemade panna cotta with an olive oil crisp, Amarena cherries, and sauce) and the Cioccolato (chocolate mousse, hazelnut caramel, almond Cremino, and flourless chocolate crumble).   The Cioccolato is yummy, and—thanks to the visuals of the chocolate “melting” with the pouring of the hot caramel—is guaranteed to delight your followers on the ‘Gram. [Tip: Film it and post it as a Reel.]  As for the Panna Cotta, those exquisite Amarena cherries really seal the deal and elevate this into a sublime treat. **

Finally, the experience concluded with the traditional Tuscan pairing known as Cantucci e Vin Santo (a couple of those dippable twice-baked, crunchy, oblong almond biscuits we know as biscotti, served with a glass of the amber-colored Italian dessert wine so popular in the region).

And while dinner at Toscana is an undeniably sating affair, there’s nothing preventing you from stopping by Eataly’s gelato counter on your way out.  I did, and in addition to its palate-pleasing creamy deliciousness, it kept me cool while I waited for my car in this sweltering heat!

[Editor’s Note:  * Pellegrino Artusi’s La scienza in cucina e l’arte di mangiar bene (Science in the Kitchen and the Art of Eating Well) was first published in Florence, in 1891, and in addition to being hailed as a great compendium of Italian recipes, is considered a literary classic for its stories about domestic Italian history and folklore. //  ** Wild, dark cherries grown in Bologna and Modena, Amarena cherries are preserved in sugar, water, stabilizers, and citric acid, and then stored for a month in an airtight container.  Not only are they richer and more tender than Maraschino cherries; as a “superfruit,” the Amarena cherries have no fat, sugar, or cholesterol, and are a great source of Vitamin C, iron, magnesium, potassium, folate, fiber, and antioxidants. **