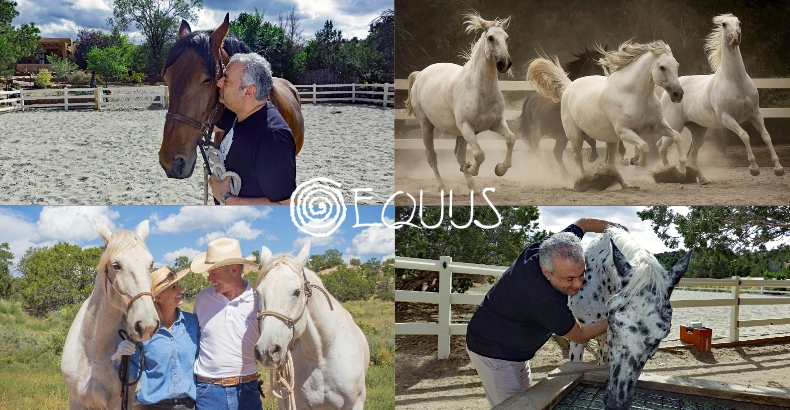 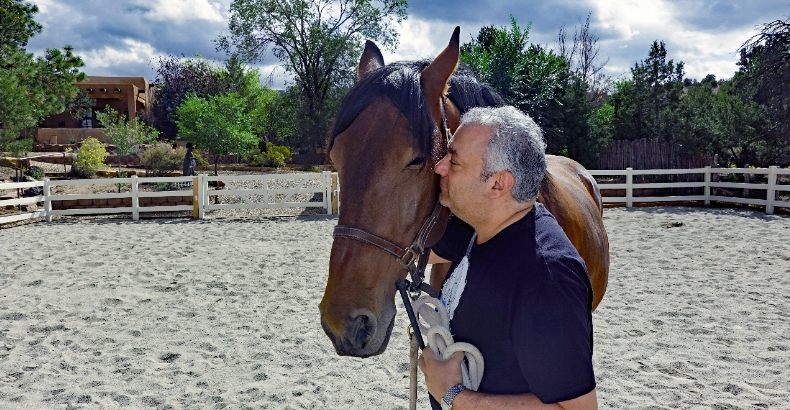 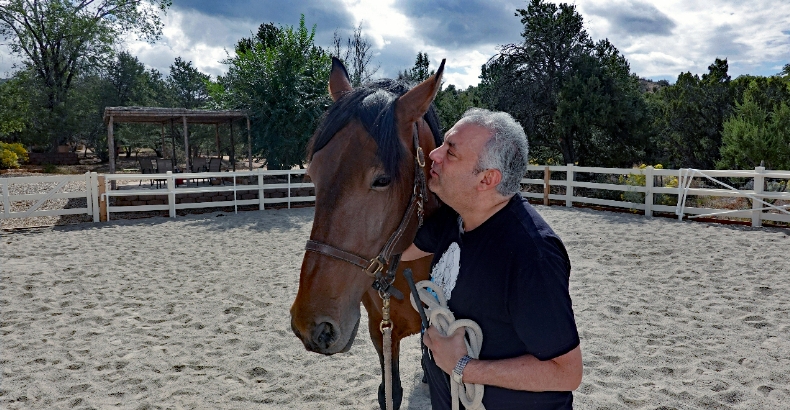 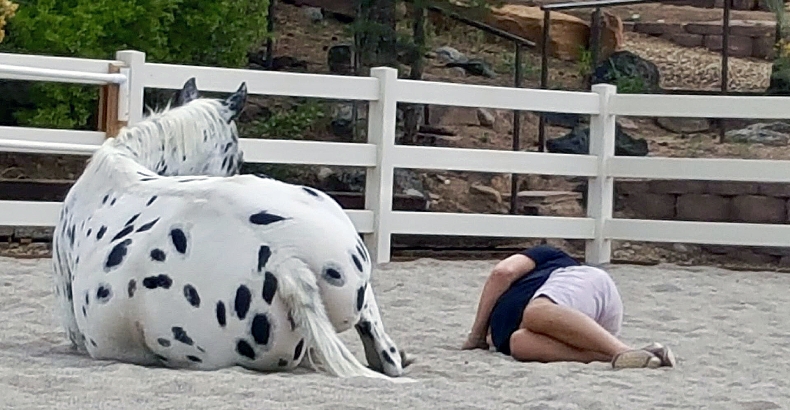 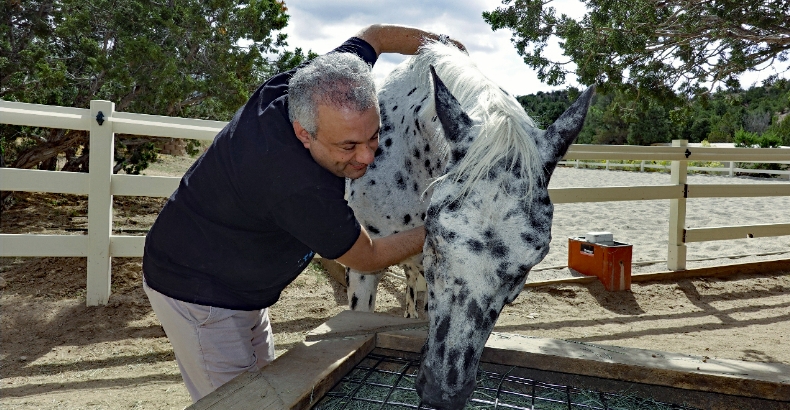 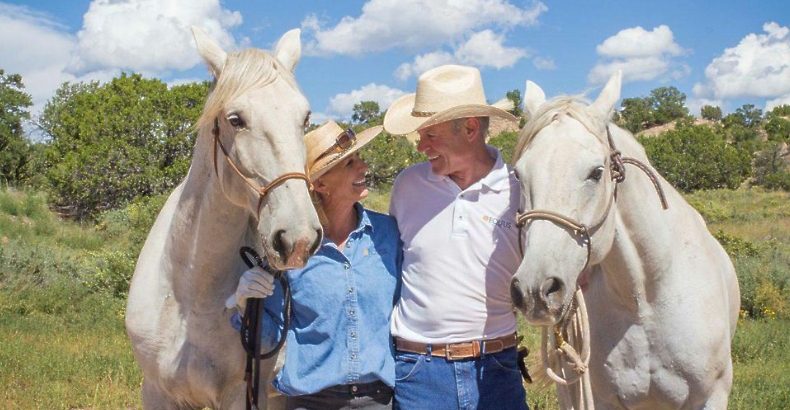 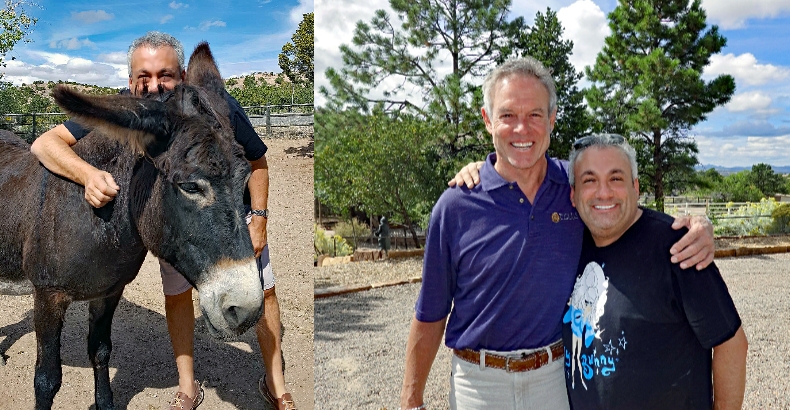 When Betty Egan bought the Rancho del Monte dude ranch in 1967—and reopened it as Rancho Encantado a year later—she had no idea that her 57-acre retreat at the base of the Sangre de Cristo mountains would attract the likes of James Stewart, the Dalai Lama and Princess Grace of Monaco. A half-century later, the property is known as the Four Seasons Resort Rancho Encantado Santa Fe, a 65- room luxury resort packed with fine details and clever amenities. The Encantado Suite—the highest point on the property—offers majestic mountain views. A personal butler tends to an in-suite fireplace and offers a DIY s’mores kit (complete with sharpened sticks). And for guests who want to hit the historic Turquoise Trail, the resort’s partnership with Mercedes-Benz will allow you to zip along in a jaunty convertible roadster.

The most memorable experience, perhaps, is located a short but beautiful hike away from the resort, at Thunderbird Ridge.*  There, based out of Egan’s former home (where local shamans have located two spiritual vortexes), co-founders Kelly Wendorf and Scott Strachan have launched a horse-assisted self- empowerment program, Equus.

Over the past 50 million years, horses have evolved into one of the planet’s most successful animals, based on the pairing of a robust fight-or-flight response and a powerful herding instinct.  They are genetically predisposed to elude predators and maintain order through the use of subtle communication.

“All mammals’ nervous systems are attuned to and influence one another,” Wendorf says. “We have neurons that many scientists believe assist in empathy and understanding ‘the message below the message.’ As animals of prey, horses have particularly sensitive and large nervous systems that alert them to the most minute external cues. It’s this elegantly honed neural network that responds to the participants in the arena.”

In other words, horses have the ability to “read” the energy of those around them. “This enables them to reflect back at us who we are, minus the story we tell ourselves,” she says. Also, unlike humans, a horse neither dwells on the past nor worries about the future—their reality is based firmly in the here-and-now, something we all could use a bit more of.

Upon being taken to the paddock, that morning, I found myself observing a half-dozen beautiful horses, and an absolutely adorable donkey named Kassie, all in various states of seeming relaxation.  When I inquired as to whether some form of equine Valium was in play, Strachan shook his head, and laughingly explained that as prey-animals horses are so attuned to the energy of energy, they take note of the creatures around them (in this case, me) and act accordingly.  As my energy was not perceived as that of a predator, and because I was both open and curious, the horses were at ease (despite a personality I have often heard described as “intense”).

Then, Strachan let me into the paddock, and that ease was downright cozy – to the point that one of the younger horses, Cimarron (a 15-year-old Appaloosa), trotted over to play, and later let me lay down next to him on the pristine white sand (yup, I spooned with a horse!!); while the alpha mare, Artemis (a 20-year-old American Paint Horse), was so relaxed, she took a nap, on her belly. A third horse, Brio (a spectacular nine-year-old Lusitano), actually got on his back and wriggled his legs in the air, while whinnying (much like my schnauzer does when he wants his belly rubbed).

When it came time to pick a “partner” for the leadership exercises, I chose Brio, who proved to be an ideal match.  Strachan attached a lead and asked me to walk Brio across the paddock.  As someone who’s not familiar with animals, I grabbed the rope, said “C’mon, Brio” and began to walk.  I made it about three steps before I realized that Brio wasn’t budging.  Now, if a 1,500-pound horse isn’t inclined to do something, pulling on a rope ain’t gonna change that.  So, Strachan used this as a teaching moment, to demonstrate the difference between the leadership via a power-over dynamic versus that of a power-with dynamic; explaining that as herd animals, a horse’s inclination is to react favorably to the latter (and to ignore the former).  He further told me that if I stood alongside Brio and looked at the spot to which I wanted us to go, he’d walk with me.  And d’you know what?  That’s exactly what happened.

Within a matter of minutes, Brio and I were walking hither and yon, across and around the paddock.  At one point, I stood on the opposite side of the paddock from Brio; and when I made a tchk-tchk sound and called his name, he docilely trotted over to where I was standing, lowering his head when he got there, to more easily accommodate my scratching behind his ears.

It was a fascinating way to spend a morning; and I left feeling curiously empowered, as if I’d encountered a side of my personality of which I’d never been aware.  EQUUS didn’t only instill in me its lessons in leadership and the sociology of group interactions (bonus: no tests!); but also made me wonder whether the window of opportunity for hitting one’s parents up for a horse has closed by one’s mid-40s.

[Editor’s Notes: As I’m not one for hiking, I can only say that it certainly looked beautiful from the backseat of the Mercedes sedan that shuttled me between EQUUS and the Four Seasons // A different version of this article was published in Celebrated Living, May/June 2019 (ink Global)]