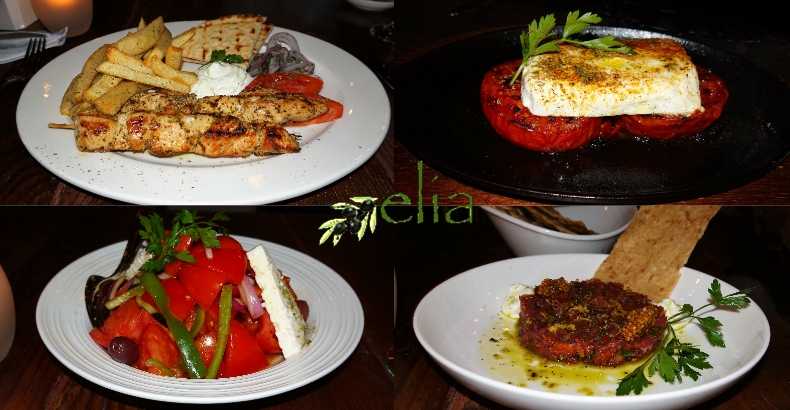 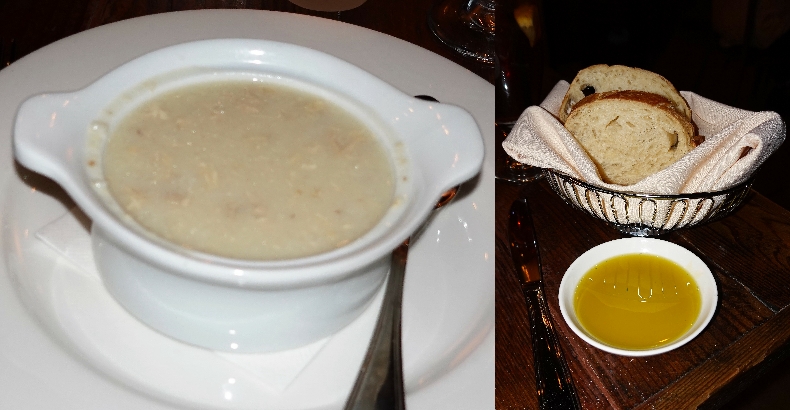 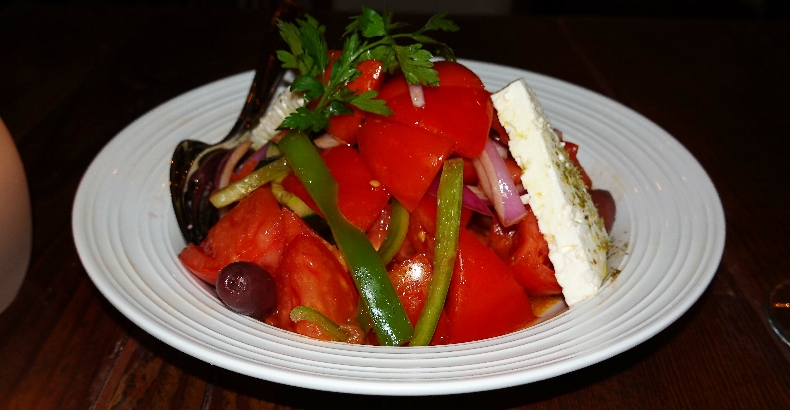 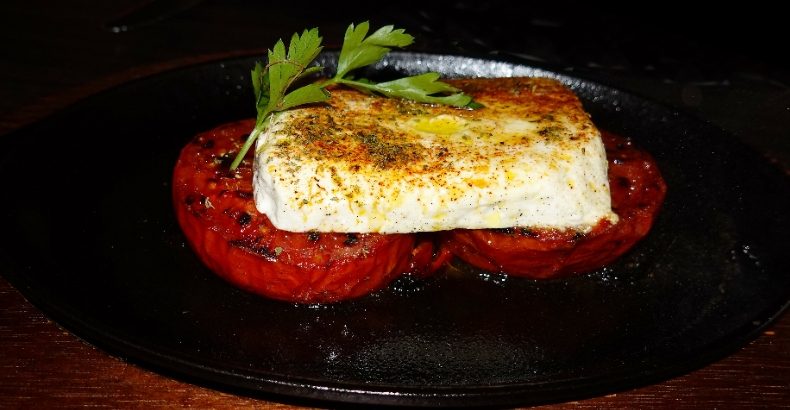 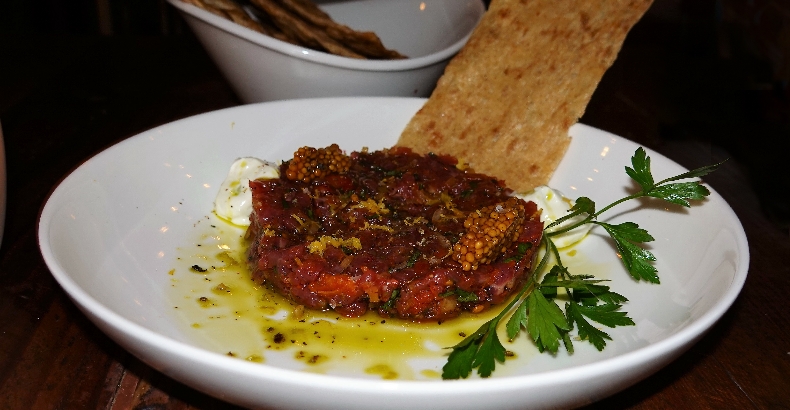 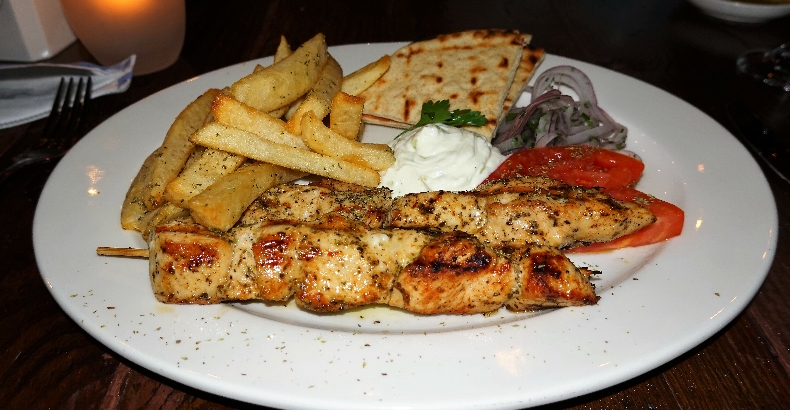 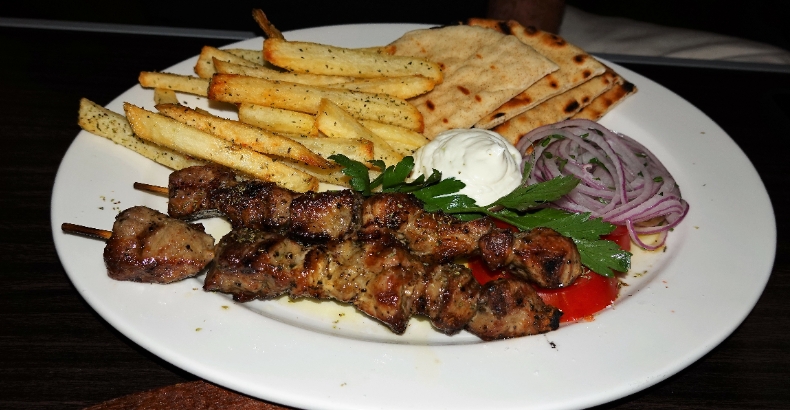 I first came to appreciate Elia Authentic Greek Taverna a few months after the small restaurant opened on South Durango, in 2017; and over the three-and-a-half years since then have become an avid fan of the food and the proprietors—Savvas Georgiadis and Alexandros Gkikas—alike.  As Elia was about a three-minute drive from my house, it quickly became a favorite for both lunch and dinner.

Then, last month, Savvas and Alex announced that they were closing, and would be reopening in a new, larger space, two miles north, at The Lakes—specifically at the Lakeside Village Plaza, on South Durango and West Sahara (in what had previously been Chef Marc’s Trattoria)—and invited me to come and check out their new digs.

While I’m not always a proponent of the bigger-is-better mentality, in this case, it’s proven to be particularly apt.  The new restaurant is spacious, without losing the intimate charm of the original.  There’s a lovely bar area, comfortable chairs around appropriately distanced tables in the dining room, and a terrific outdoor patio over which are strewn ropes of twinkle lights that—along with the candles on the tables—cast an enchantingly warm glow over everything, and when paired with the soft Rebetiko music, create a decidedly romantic ambiance.

And while all that is wonderful, truly, it wouldn’t amount to a hill of beans were it not for the food coming out of the kitchen; so, let’s get into that.  I invariably start every meal at Elia with a bowl of Avgolemono—the traditional savory Greek soup made from chicken broth, rice, lemon juice, and egg yolk—even in the summertime.  Also, it's fantastic when you're feeling a bit under the weather, which shouldn't be a surprise, as avgolemono traces back to the Sephardic Jewish diaspora from Spain in 1492, which basically makes avgolemono a precursor to your Bubbie's chicken soup!

The Horiataki—a classic Greek salad—is piled high with fresh tomatoes, cucumbers, red onions, green peppers, big wedges of feta cheese, Kalamata olives, and topped with olive oil; and is big enough to share with the table (or to be an entrée).

And speaking of feta, the Roasted Feta (my favorite Elia appetizer) features a big slab of the crumbly, aged, brined Greek goat’s milk cheese placed over both spheres of a halved tomato, with serrano peppers and wild oregano, and baked in the oven, before being served, sizzling, on a skillet.  Some people enjoy eating it straight off the skillet, and so do I, though I also like to spread it over some of the crusty Greek country bread known as Horiatiko Psomi.  Yum!

Since the new location brought with it an expanded menu, I decided to try something new and found myself drawn to the Tartár Arnioú.  Steak Tartar has been one of my favorite dishes since I was knee-high to, well, however tall I am, now, I guess [a belabored metaphor, to be sure, but you’re picking up what I’m throwing down, right?], but lamb?  Truthfully, I’d never really given it much thought.  But, I figured, I like lamb, so why not?  Why not, indeed, because the Tartar Arniou—with sundried tomatoes, shallots, mint, tzatziki, lemon, and dill oil—was wonderfully zesty, and came with these long whole wheat crackers that allow for eating with one’s fingers!

Now, my stepmom invariably orders the Lavraki—a whole grilled Branzino in a light ladolemono* sauce—as her entrée and absolutely raves about it.  Meanwhile, when I was there, the other night, the table next to mine ordered the Psária Psiména Me Aláti—a whole salt-crusted Mediterranean Sea Bass that is wheeled-out on a large wooden serving table and presented, plated, and served, tableside—and the moaning sounds of pleasure emanating from their table could’ve been used to dub a soft-core pornographic film.  Seriously, they were making me blush (and that’s not easy to do).  But it sure speaks highly to that fish, huh?

For me, though, the smart money finds me diving into an order of the Souvlaki—skewers of tender chicken or pork (your choice), drizzled in ladolemono, and served on a platter with tzatziki, red onions, tomatoes, seasoned fried potatoes, and wedges of pita bread.  My preferred means of enjoying these is to de-skewer the meat (I usually opt for the chicken, but the pork is fantastic), and then make little souvlaki wraps with a few pieces of the succulent meat, tomatoes, and red onions on a pita wedge with some tzatziki on top.  Vόστιμα!**

[Editor’s Note: *Ladolemono—literally “lemony olive oil”—is a traditional Greek vinaigrette (though the acid-to-oil ratio is 1:1 instead of the usual 3:1) that consists of lemon juice and extra virgin olive oil whisked together with some kosher salt and ground black pepper // **The Greek word for “delicious,” vόστιμα transliterates to nóstimo, with the accent on the first syllable.]