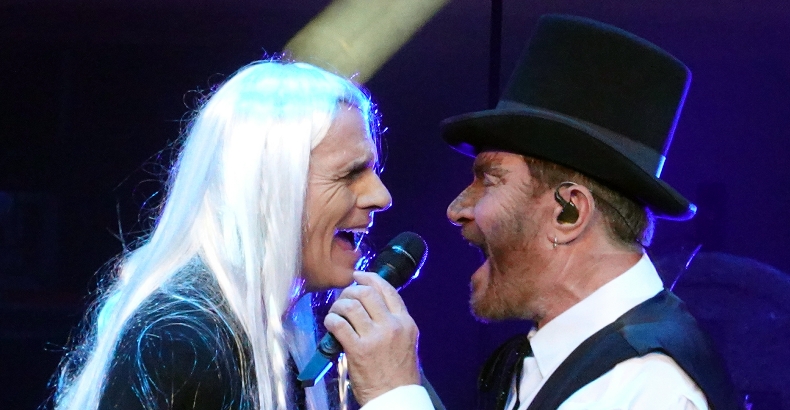 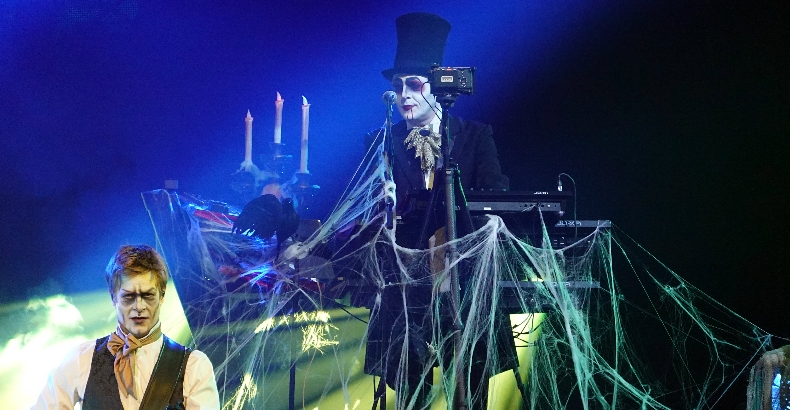 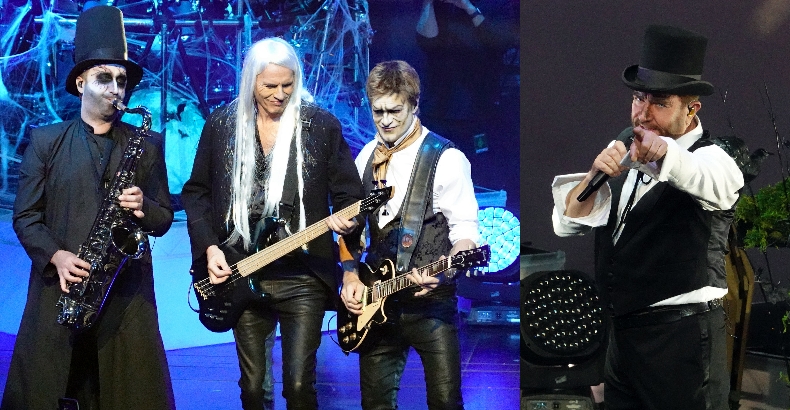 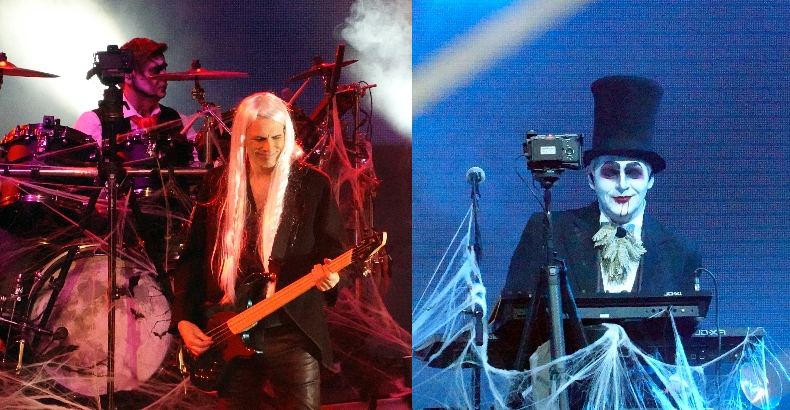 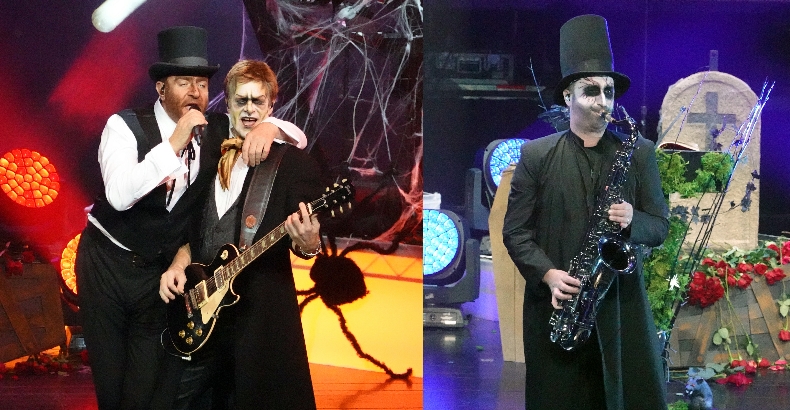 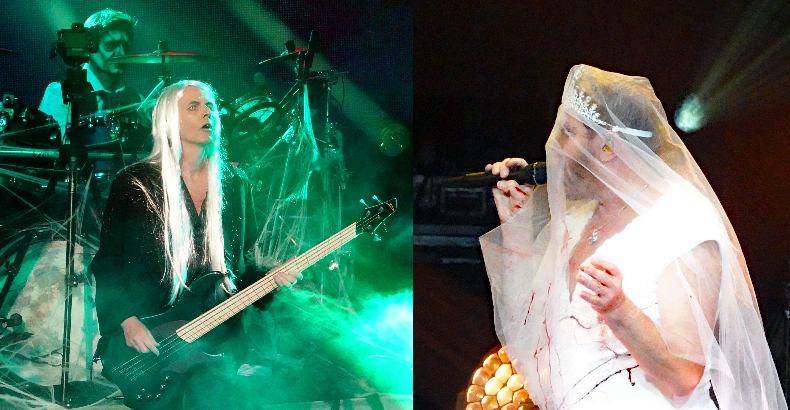 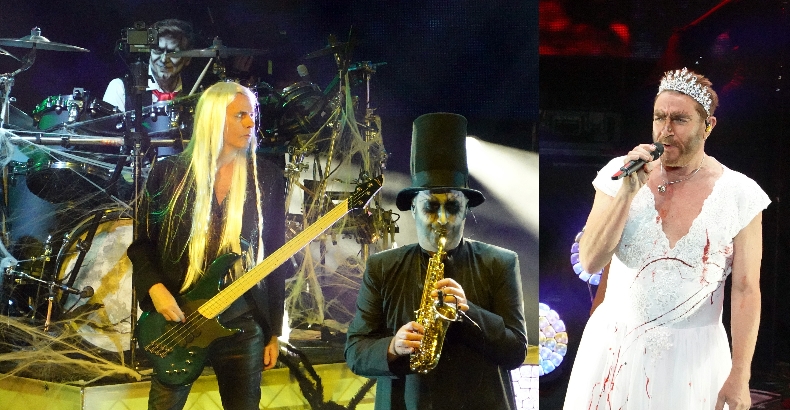 Upon entering the Encore Theater on Halloween, it was immediately apparent that this was not going to be a typical concert, neither for Wynn Las Vegas nor for Duran Duran.  In the first place, the stage was filled with props; and not just a few lame props, either.  A pair of two-story skeletons stood like sentries on either side of the stage that had, itself, been transformed into an ersatz graveyard, complete with tombstones, coffins, and cobwebs that had been strewn everywhere you can imagine.  Then there were the Duranies, who were costumed, psyched, and most noteworthy, standing in front of the stage (which I can’t recall ever having seen at any concert in the Encore Theater, since it opened 14 years ago).

As the band began to take the stage, it was apparent from their costumes and makeup that, in a nod to their New Romantic roots, Halloween was not something with which they trifled. Dressed as a coterie of ghouls, zombies, a banshee, and (later in the show) a bloody bride, the members of Duran Duran—John Taylor (bass), Nick Rhodes (keyboards), Roger Taylor (drums), and Simon Le Bon (lead vocals)—joined their like-costumed touring guitarist, Dom Brown, saxophonist Simon Willescroft, and backup singers Anna Ross and Rachel O’Connor; and, with Simon being raised up through the floor, got the show underway.

And to really shake things up, they performed a half-dozen covers that were also particularly Halloween-appropriate, including “Paint It Black” by The Rolling Stones, “Ghost Town” by The Specials, “Super Freak” by Rick James, “Supernature” by Cerrone, “Spellbound” by Siouxsie and the Banshees, and “Psycho Killer” by Talking Heads.

After the concert, we went backstage, and hung out in the green room, chatting with the charming John Taylor and his wife, designer, Gila Nash-Taylor (co-founder of Juicy Couture), about how much we enjoyed the covers the band had played and how excited we were for the band’s induction into the Rock & Roll Hall of Fame, later that week.

Looking back on it, now, Duran Duran’s Halloween concert at Wynn Las Vegas was at once weird, wacky, and wild in the most wonderful way.

The setlist from Duran Duran’s Halloween concert at Wynn Las Vegas (October 31, 2022), was as follows:

Get into it!
#DuranDuran