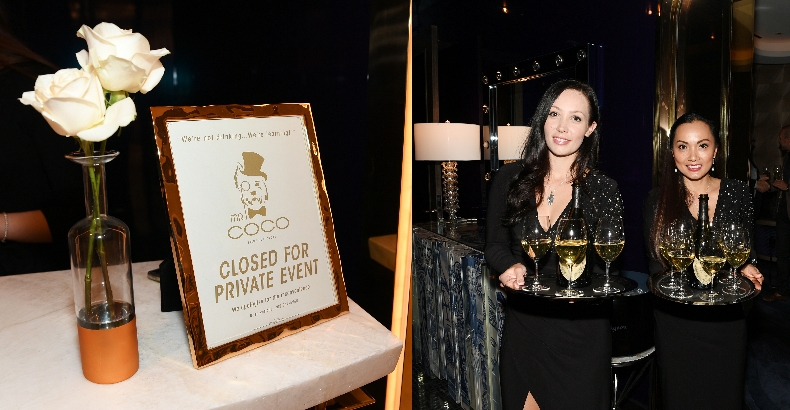 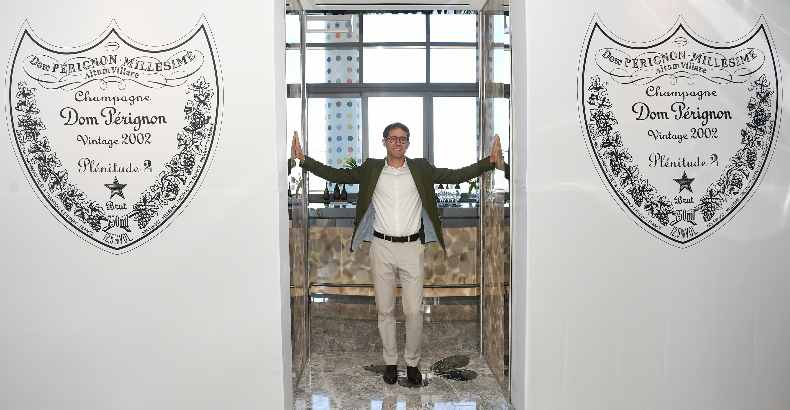 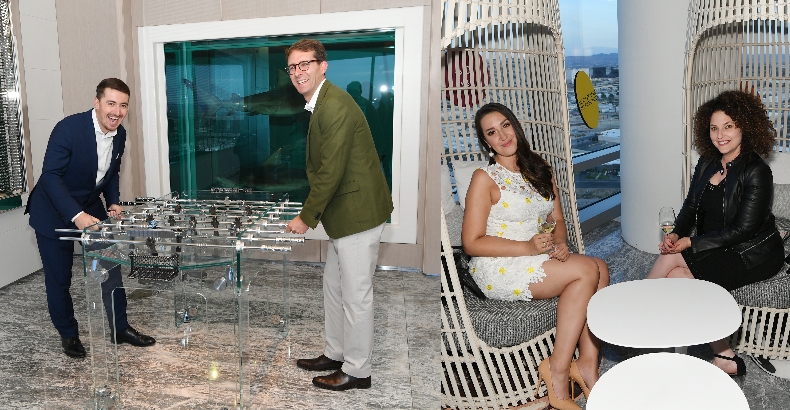 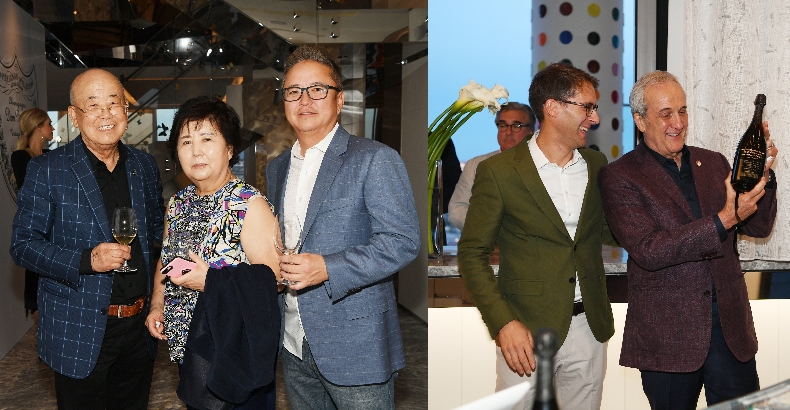 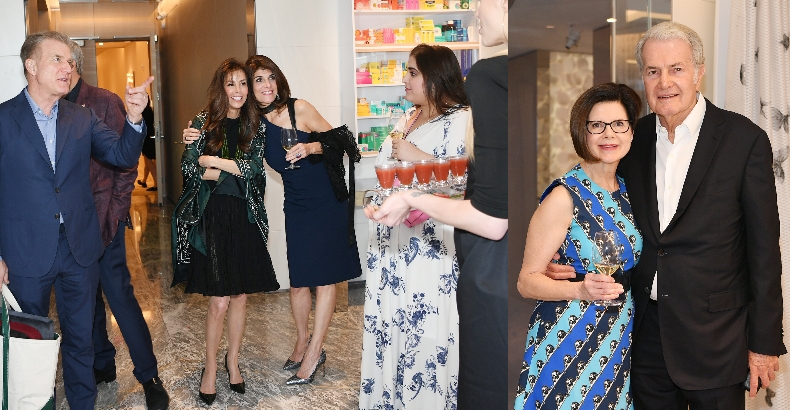 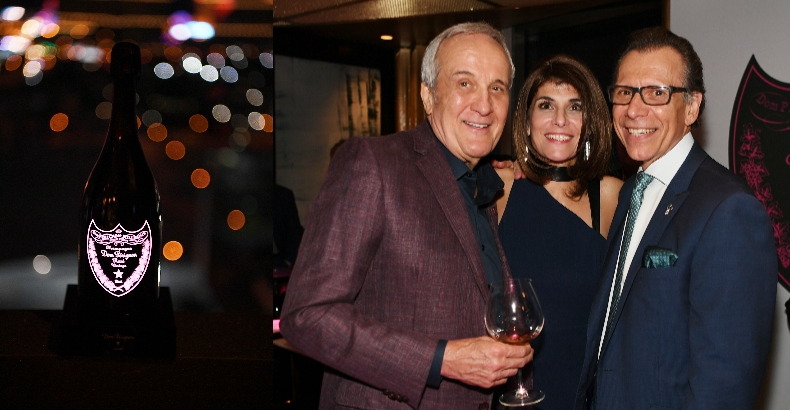 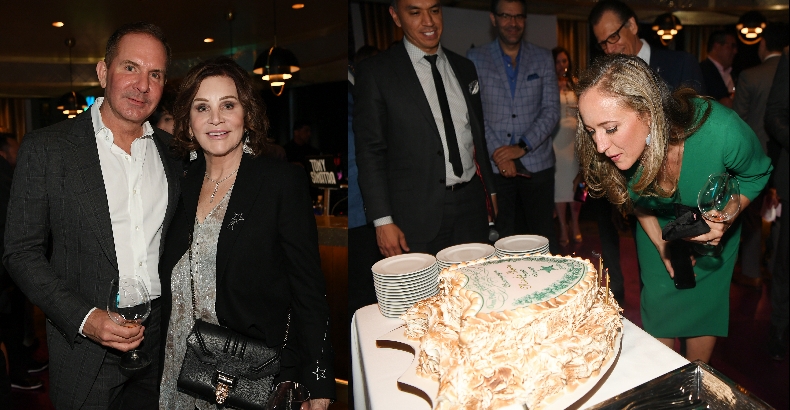 All photos by Denise Truscello

The recent Las Vegas unveiling of Dom Pérignon’s Vintage 2002 Plénitude 2, and Rosé Vintage 2006 was presented as an evening in three parts, at the glamtastically reimagined Palms Casino Resort; beginning at the posh MR. COCO, continuing in The Empathy Suite by Damien Hirst (aka the most expensive hotel suite in the world*), and concluding in The Kingpin Suite (complete with ensuite bowling lanes).  Here’s how the effervescent evening unfolded.

Upon arriving at MR. COCO, guests walked down the cossetted passageway, with its calming spa-like vibe, to the elevator, that let them off in the swanky lounge named for the charismatic canine of its creator, Francesco Lafranconi; the charming Italian who until opening MR. COCO was the Executive Director of Mixology & Spirits Education for Southern Glazer’s Wine & Spirits, Nevada (meaning not only does Lafranconi know what he’s doing, but he knows how his guests want it done).  Guests including Laila and Anthony Spiegel, Jon Gray, Heather Harmon, Mark Cornelson, and the Lee family were greeted by servers proffering glasses of chilled Dom Pérignon in what has fast become one of Las Vegas’ hottest boîtes.

Suddenly, I found myself being propelled by Cornelson through a door I’d never noticed, and into an elevator heading up to the Damien Hirst-designed Empathy Suite, which is basically a 9,000 square foot installation of the YBA’s fantastic and fantastical creations.  There, high above Las Vegas, amid too many blue chip masterworks to name (sharks and butterflies and pills, oh my!), such fabulous folks as Camille and Larry Ruvo, Sheryl and Rob Goldstein, Diana Bennett, Scott Menke, Marilyn and Tom Spiegel, Melinda Sheckells, and Tiffany Bosman were greeted by Nicole Ruvo Falcone, Niccoló Ragazzoni (Sr VP,  Dom Pérignon USA) and Dom Pérignon’s recently appointed Chef de Cave, Vincent Chaperon (whose mentor and predecessor, Richard Geoffroy, had retired as of January 01).

While Ragazzoni and Chaperon got down to business on the suite’s Lucite foosball table; Nicole maneuvered me onto the pool deck and stood me in front of a Lucite pedestal that faced out, over the Las Vegas Strip, upon which a single glass of Dom Pérignon Vintage 2002 Plénitude 2 was poured for me.  There, she instructed me to enjoy a solo Plénitude and soak-up the moment.  So, I did, and it was lovely.

According to Chaperon, the 2002 P2 has an aroma that is “complex and exotic with crystallized fruits, marzipan, sweet spices, and fresh coriander,” with afternotes of “fresh saffron, a subtle saltiness, and a deeper, more reserved bouquet;” and a taste he describes as “an instant hit of compelling flavors, opulent and ethereal, lively yet sensual, around a core of fruit,” followed by “a lusciousness, balancing salinity with hints of licorice.”**

Later, I found myself on a quest, with Heather Harmon, Camille Ruvo, and Sheryl Goldstein; searching for the suite’s Salt Room, with its backlit walls covered with enormous golden-hued bricks of Himalayan salt, into which Hirst’s skull and butterfly motifs have been rendered in bas relief.  We found it (it was worth the search), and somebody rather astutely compared it to the famed Amber Room.***

Come back for Part 2, and learn what the heck a plénitude is, and how Dom Pérignon Rosé pairs magnificently with bowling (and Vanilla Meringue Cake)!

[Editor’s Notes: * Take that Geneva, with your Hotel President Wilson and its Royal Penthouse Suite!! // ** Apparently, when I posted on Instagram - saying of the 2002 P2, that I’d smelled/tasted “a supple and lively mélange of cherries, almonds, and anise,” - my olfactory and gustatory receptors were en fuego! /// *** Created in the early years of the 18th Century, the Amber Room was a gift from King Frederick William I of Prussia to Peter the Great of Russia (who’d admired it on a visit to the former’s castle); and was transported to and reassembled in the Catherine Palace at Tsarkoye Selo (outside of St. Petersburg), where it remained; until it was looted, moved, displayed, hidden, and then lost, during WWII, by the Nazi army.  Containing more than six tons of amber – much of it in the form of amber panels backed in gold leaf – and taking up nearly 600 square feet, modern estimates place the value of what was widely held to be the “Eighth Wonder of the World” at roughly $500 million in today’s dollars.  The reproduction that currently occupies the space where the original stood was begun in 1979 and completed in 2003.]