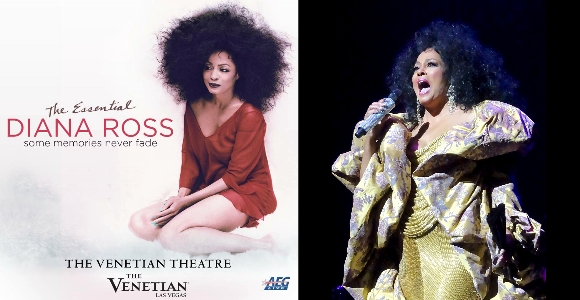 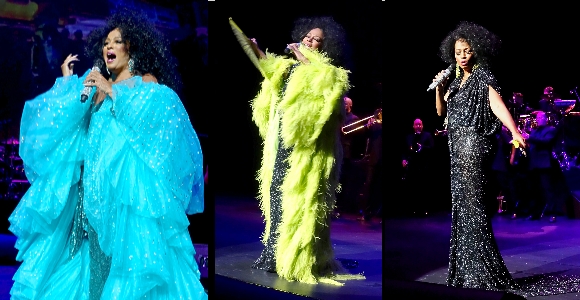 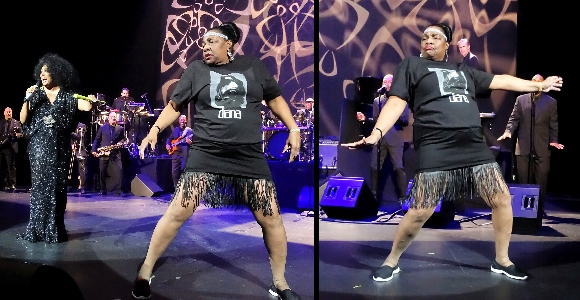 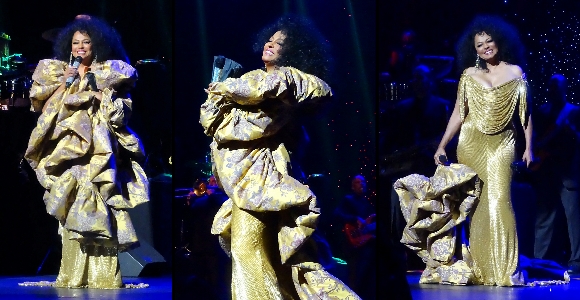 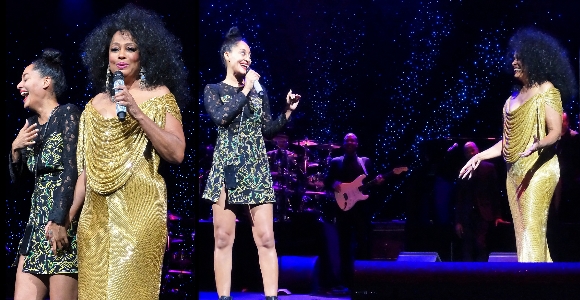 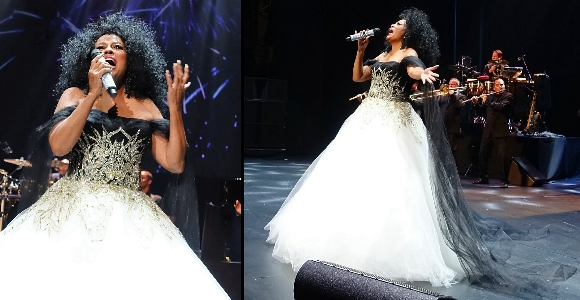 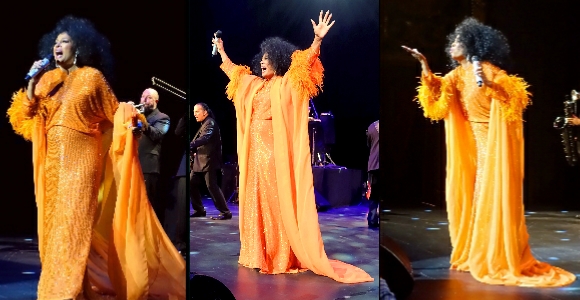 I’ve seen Diana Ross perform any number of times, on both sides of the Strip; and – despite my diagnosed ADHD and a compulsion to check my watch every few minutes – she keeps me hanging on, time and time, again.

There are those dozen golden songs, recorded with the Supremes that went straight to the top of Billboard’s “Hot 100” chart – a record that still stands, to this day, making Diana Ross & the Supremes the most successful American vocal group, of all time.  From the pop sounds of “Stop! In the Name of Love” and “You Can’t Hurry Love” to the more soulful “Reflections” and “Love Child” – those songs are the immortal foundation upon which Ross’ never-fading memories were built.

She may sing “Touch Me in the Morning,” but her music is decidedly more in keeping with those hours after the sun has set.  She imparts us to rally our friends, and “Ease on Down the Road;” but warns that “No One Gets the Prize,” and urges us to be wary of the inevitable “Love Hangover” that may come as a result.  She invites all and sundry to gather around “My Old Piano” and once assembled, tells of her “Endless Love.”  (I could go on, like this, forever – but one paragraph of Song Title Mad Libs is plenty…).

Now, I’m not a betting man; but seeing as Miss Ross headlined the openings of The Palazzo Las Vegas, The Venetian Macau, and Singapore’s Marina Bay Sands – I’m fairly confident that Sheldon Adelson is a fan.  And why shouldn’t he be?  Because, when you get right down to it, Diana Ross is the very embodiment of the American Dream.

Like most red-blooded American boys, I used to dance in front of the mirror and lip sync along to Diana Ross.  I’d squint my eyes, look up, and hold out my arms; smiling a toothy smile so big my cheeks hurt and bounce my head from shoulder to shoulder.  So what, if the effect was more Steve Martin as King Tut than it was Diana Ross?  I didn’t care.

Which brings me to Ross’ latest Las Vegas residency, in the Venetian Theatre, at The Venetian.  Running a tight 80 minutes (perfect for the Las Vegas audience), The Essential Diana Ross: Some Memories Never Fade (produced by AEG Live!) was split into five parts – delineated by wardrobe changes (thanks Bob Mackie!).  There were the Motown years, the solo years, the disco years, the jazzy blues years, and the finale – each with what I refer to as a “menopause fan” color-coordinated to her ensemble.  She picked some fans from the audience and brought them onstage (all were wearing Diana Ross concert tees, leading me to believe that perhaps the fix was in – but given their sheer joy, I didn’t hate it).

Then, she brought-up daughter Tracee Ellis Ross (star of the hilarious ABC sitcom, Black-ish) and 3-year-old granddaughter Calloway Lane (daughter of Ross’ second daughter, Chudney Ross and Joshua Faulkner), the latter of whom did not want to leave the stage; and ran back (much to the amused consternation of her aunt Tracee).  Later, Tracee would rejoin her mother, and fiercely sing the Billie Holiday classic, “God Bless the Child” (a cappella, mind you).

Oh, Diana Ross - I really do love you more today, than yesterday.  May you continue to reign as the Queen Supreme and Disco Diva that you are, now and forever; and in so doing, ensure that these memories never fade!