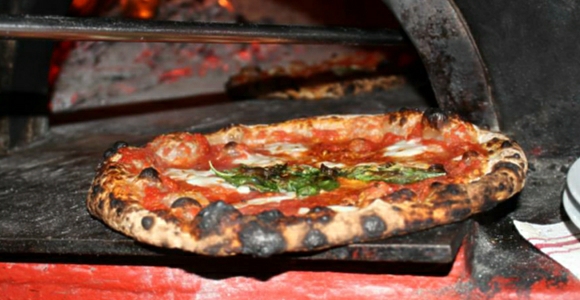 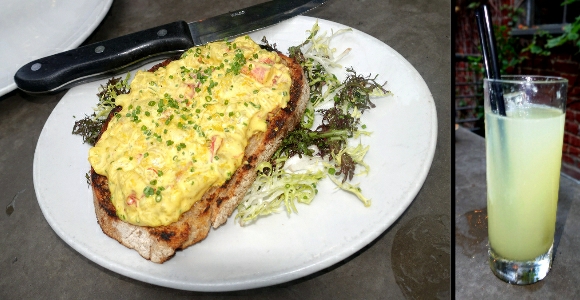 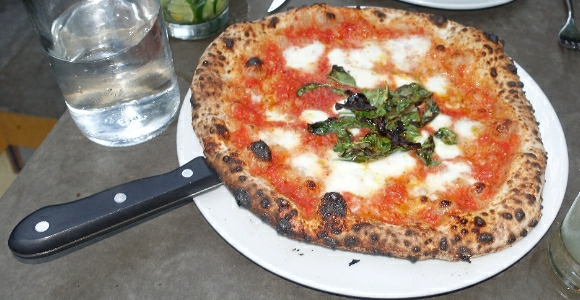 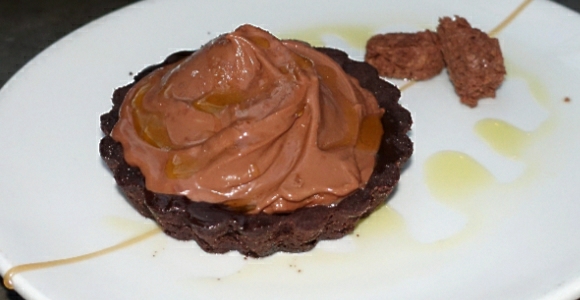 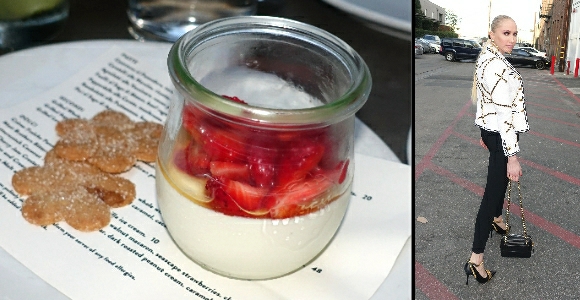 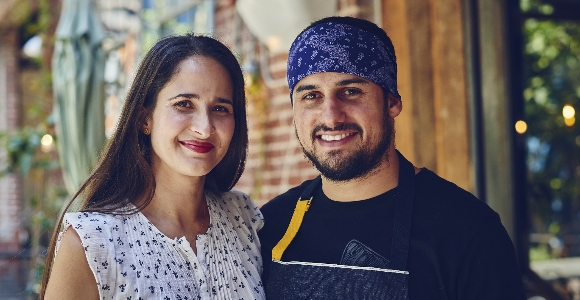 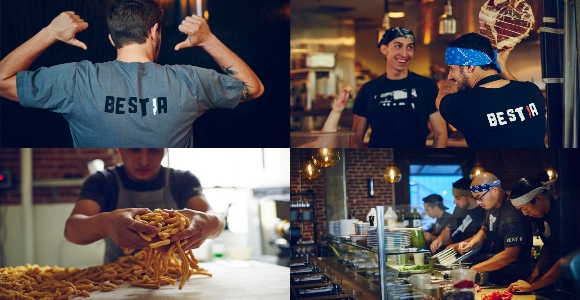 In Los Angeles, to attend Jeremy Scott's presentation of Moschino’s Resort 2017 and Men’s SS17 collections, that was headlining Made Los Angeles, last year; my pal, Audra Baldwin and I were in need of a good restaurant, in Downtown Los Angeles, where we could enjoy a light supper, before heading to L.A. Live, for the show.

As this would be the first time in more than a dozen years that I’d been in DTLA (the previous occasion being the LA-leg of my 30th birthday tour, held on the rooftop of The Standard, Downtown; in the spring of 2003), I was no help, whatsoever.  Fortunately for us, Audra asked Ari Kastrati (Senior Vice President, Food & Beverage Strategy – MGM Resorts International) for a recommendation; and he directed us to Bestia – a multi-regional rustic Italian restaurant, helmed by the adorable and talented husband-and-wife team of Ori Menashe (chef) and Genevieve Gergis (pasticcere).

We arrived in a warehouse-y area that was unexpectedly pretty – maybe it was the weather, or maybe just Audra and the fierce look she was serving – and upon climbing the stairs, found ourselves in a boisterous restaurant, featuring dark woods and natural lighting, with an open-air patio that was actually inside of an atrium that had formed when they joined the building that housed Bestia, with the one, next door (that I believe was a bunch of converted loft/condos).

Opting for the patio (which was akin to being inside an urban terrarium), we were shown to our table, and were promptly approached by our server.  Upon being told I was a bit nauseated, she suggested that I try Bestia’s homemade Ginger Ale* that featured fresh ginger.  I told her I’d give it a whirl, and it was so good (and settled my stomach so well), that I continued drinking it throughout the meal.

We decided to go light, so – after picking our servers brain for a bit – we opted to split a couple of things.  As our “Piatti Piccoli” (small plate) we chose the Lobster Saffron Crostino; and followed that with the Margherita Pizza.

The Crostino was a bit of a revelation.  I had been a bit trepidatious that I’d be overwhelmed by the saffron; but I needn’t have feared, as it was the ideal starter.  Playing around (and not on top of) the big pieces of lobster, chives, and lemon zest, the saffron was kind of mellow; and the whole concept – on a terrific grilled rustic bread – was layered and well-executed.

Our next course was exactly what you’d hope from an upscale LA eatery when you really just want something to eat without going nuts.  Essentially, it was full of flavor, without being too filling – and that’s a neat trick.  With San Marzano tomatoes, mozzarella, basil, olive oil, and sea salt, the Margherita Pizza was unlike like the pizzas one finds on the Riviera (which I’d been expecting).  Instead, imagine having spread an incredibly fresh and sweet Pomodoro over an airy flatbread, and having melted some mozzarella on top of that; and you’d have the idea.  It’s kinda perfect.

Having regained a bit of my appetite, we split-up for the “Dolci” – with Audra ordering the Crème Fraîche Panna Cotta (with page mandarin, and candied mandarinquats); while I selected the Mast Brothers Bittersweet Chocolate Budino Tart (with salted caramel, cacao crust, olive oil, and sea salt).  As I’m not one for custards, flans, or anything overtly egg-y, I cannot attest to the taste of the Panna Cotta; but I can say that the Meyer Lemon Butter Cookies that came on the side were yummy, compelling me to wonder aloud why I’m unable to buy a tin of them, at my local Piggly Wiggly.

As for the Budino Tart, I’m still reliving it, in my dreams.  You see, sometimes, late at night, I’ll get a craving for chocolate.  It’s deep.  It’s dark.  It just is.  This dessert was the realization of those cravings, brought into the physical plane.  It featured the taste of real cocoa powder (the reason I prefer the Coffee Bean’s Mocha Iced Blended to the Mocha Frappuccino at Starbucks), while the olive oil and sea salt made the flavors absolutely pop!  It’s worth noting that – with the exception of San Francisco’s A16 pizzeria – I’ve never seen olive oil and sea salt used in a chocolate dessert, outside of Campania; let alone to such effect.

I don’t know when I’ll find myself in DTLA anytime soon; but if you are, dinner at Bestia might well be a highlight of your trip.  Meanwhile, if I were the Queen, Gergis would now be a Dame.