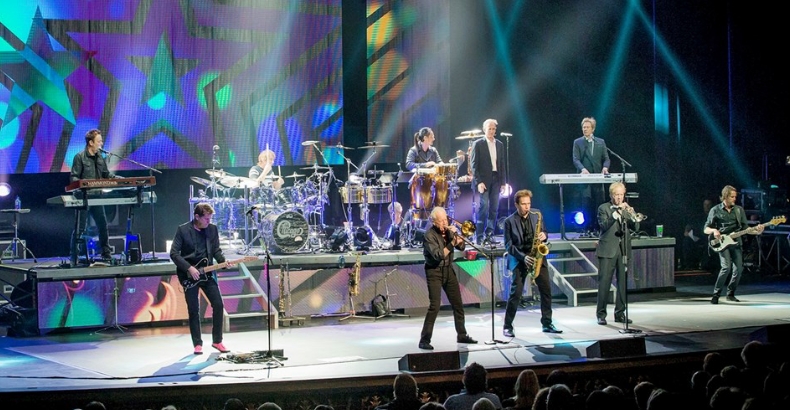 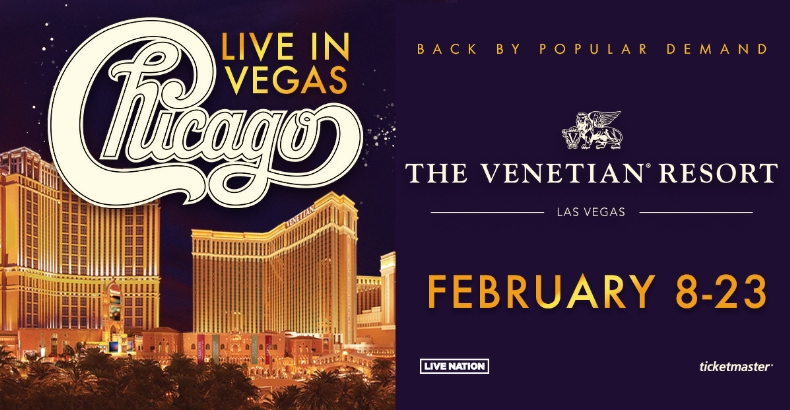 Masters at Work is one of the greatest house music production outfits, of all time; so – when MAW co-Founder, Kenny “Dope” Gonzalez released “The Bomb (These Sounds Fall into My Mind)” in 1994, featuring samples of Chicago’s 1979 disco track, “Street Player” – dance music fans the world over rejoiced; causing Mixmag to write “A massive hit when Positiva licensed it in early 1995, 'The Bomb' kick-started the trend for raiding old disco 12 inches. Dozens of producers followed its lead, but none of them ever equaled the definitive original article."

Of course, this is all well and good; but where would today’s sample-heavy music be without the bands who produced the songs being sampled, in the first place?  In the case of Chicago, who have been producing hits since the sixties (seriously – look it up), their catalogue is massive and thus ripe for a Las Vegas residency.

So, when I heard that Chicago was coming back to The Venetian for another February residency, I clapped with glee, remembering that joke about the one guy who looks at his friend and says “I like Chicago, but only ‘early’ Chicago.”  To which his friend replies “What’s that?  Their first fourteen albums?”

The evening begins with Chicago – including original members Robert Lamm, Lee Loughnane, and the charming James Pankow – treating the audience to a performance of their double LP, Chicago II, in its entirety (including their evergreen hit “25 or 6 to 4”); before breaking for an intermission.  Following the perfectly-timed intermission (long enough to relieve yourselves and refill your cocktails; but not so long that you're left twiddling your fingers), the band returns and regales you with an abbreviated selection of their hits.  And with five number-one albums and 21 top-ten singles, there sure are a lot of ‘em!

The musical trip down memory lane includes such favorites as “You’re the Inspiration” and “Hard Habit to Break;” as well as my favorite Chicago songs, “Does Anybody Really Know What Time It Is” and “Saturday in the Park;” as well as the aforementioned “Street Player” (hat-tip to Jason Latham!).

I guess what it really boils down to is this: if you came of age in the ‘70s or ‘80s, then odds are that the music of Chicago makes more than a few appearances on the soundtrack to your life.  And, seeing as these gents are still making beautiful music (and doing so beautifully), it’s in your best interests to see them, while you can.  And in the beautiful Venetian Theatre?  Fugeddaboudit!