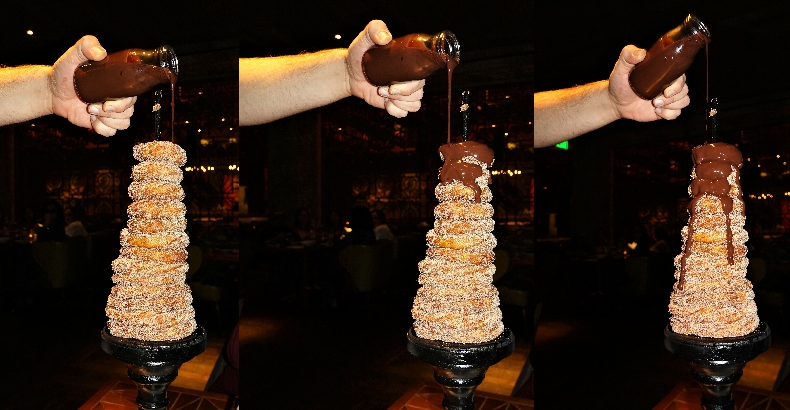 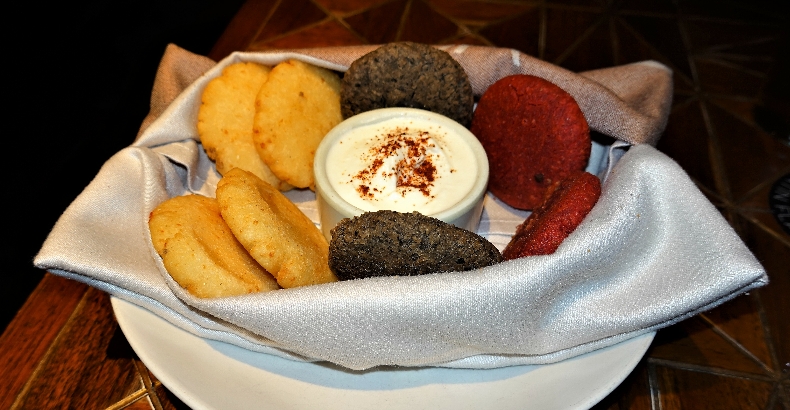 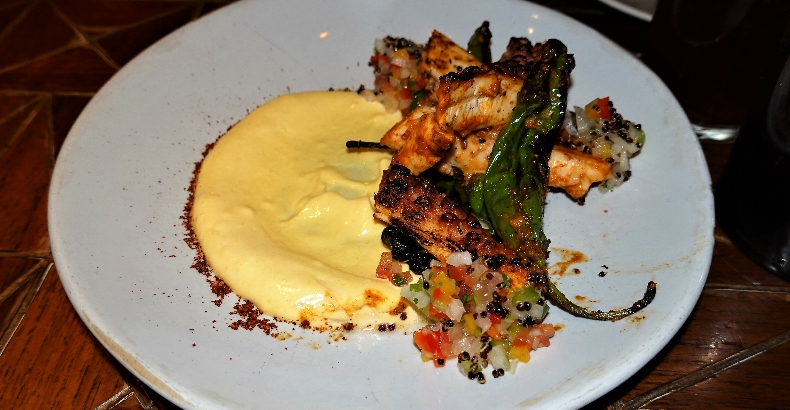 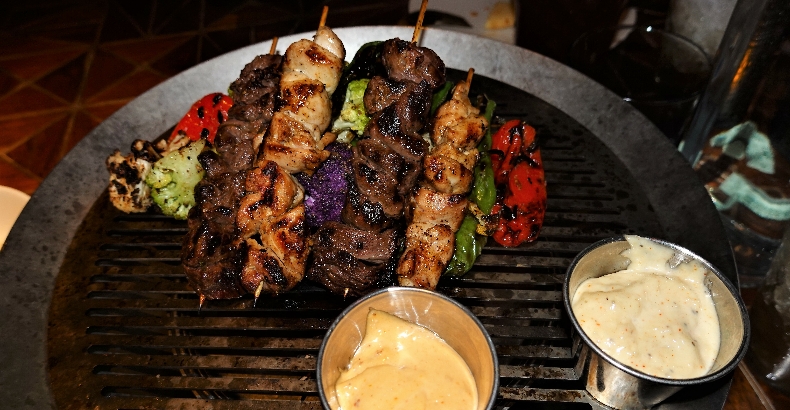 I’d been piecing together an article about some of my favorite desserts in Las Vegas, when I was told that 50 Eggs Hospitality Group—the company behind both Yardbird Southern Table & Bar and CHICA at The Venetian Resort Las Vegas—had a new Corporate Pastry Chef, and that she had moved to Las Vegas.  A firm believer in both kismet and good timing, I decided to head down to the Strip, and meet Chef Jessica Scott, because I’d heard raves about Chica’s Churro Tower and needed to check it out.

Once at Chica, Marc and I enjoyed a dinner of the savory, flavor-filled Latin-fusion specialties that Chef Lorena Garcia and her team at Chica do better than anyone else in town.  We began with LG’s Arepa Basket (a selection of Chef Garcia’s arepas served with Nata Butter) and the Grilled Peruvian Octopus (with blistered Padron peppers, crispy quinoa, and Aji Amarillo sauce).  I’m a big fan of Nata Butter, and have always been impressed with the journey made by the Nata Butter served at Chica.  Meanwhile, the Grilled Peruvian Octopus was moist, tender, and succulent, and seasoned to perfection.

As our entrée, we shared the Anticucho Mixed Grill (chicken and beef skewers, grilled sweet peppers, and a variety of dipping sauces).  Under normal circumstances, we’d have each ordered our own entrée, but I was making a point of ‘saving room for dessert’ so we went with what in retrospect wasn’t only delicious, but was also rather healthy, and ideal for sharing.  A bit of trivia for you epicureans: Anticuchos are a traditional Peruvian staple (usually an accompaniment to a main dish), dating back to the Incas of pre-Colombian America.  The skewers of beef—and to a lesser extent, chicken—were later popularized during Peru’s colonial era.  Akin to South American shish kabobs, anticuchos today are prepared and sold by street vendors on carts and in stalls.

Earlier in the meal, Chef Jess had come over to our table, and we’d spoken at length about her relocating to Las Vegas, and what she hopes to accomplish, here.*  Now that we were ready for dessert, she had two of them brought out to us.  The first required our being sworn to secrecy as it has not yet been announced [though I will say it was one of the most lovely summertime desserts I’ve enjoyed in recent memory]; while the second—and the high point of the meal, both metaphorically and physically (it’s presentation is very tall)—was Chica’s signature dessert, the Churro Tower.

Right off the bat we could see these bore little semblance to the churros that one finds at amusement parks.  For one thing, they weren’t straight sticks, but rather were shaped like rings, or skinny doughnuts, if you will, that were covered in sugar and cinnamon, made in graduating sizes and stacked on a large ornamental wooden spike, with the largest on the bottom, and the smallest on top.  Another thing, but not one we noticed until biting into them, was that while the outsides were crunchy, the insides were not.  Rather, they were warm and gooey (in the most delicious way).

The kicker was the amazing creamy chocolate ganache that was drizzled over the Churro Tower.  Starting with a base of chocolate (à la Columbian chocolatier, Cordillera), Chef Jess and her team add a proprietary blend of dark Chili powder, canella (aka ‘Ceylon cinnamon'), and cayenne.  The result is a zesty chocolate sauce that you won’t soon forget, that beautifully covers and compliments the sky-high pyramid of pastry.

And normally, that would be that; except that we were so full, we had to take most of the Churro Tower to go.  So, when I got home, I put it on the kitchen counter, and went to my room.  Following is the chronology of my Churro Tower.

And there you have it.  Though only one made it to sunrise, I enjoyed the bejeezus out of those wonderfully textured bites of spiced pastry and that incredibly rich ganache.  ¡Ay, Dios mio!  This new dessert fave is going to prove very hazardous to my waistline!

Get into it!
#CHICA