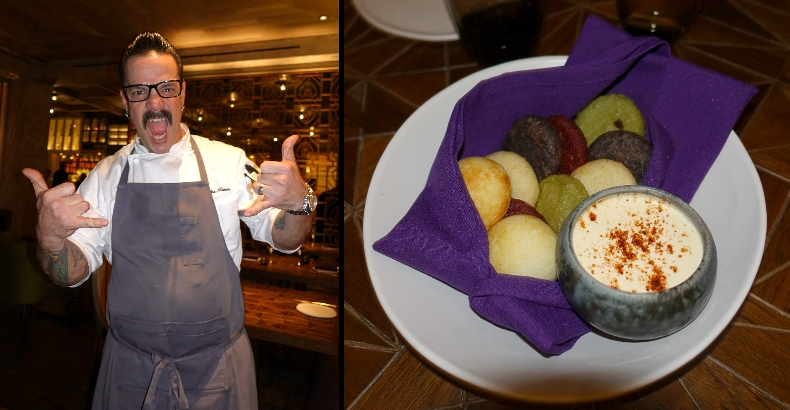 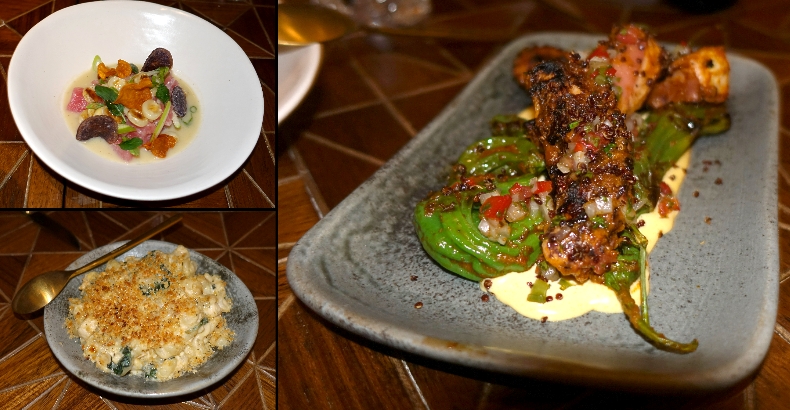 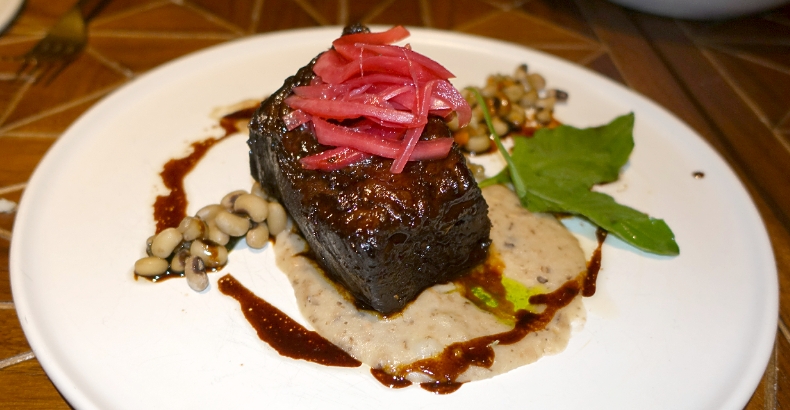 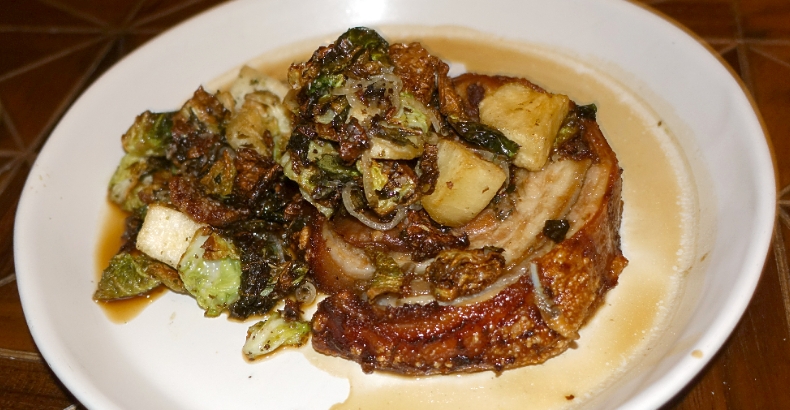 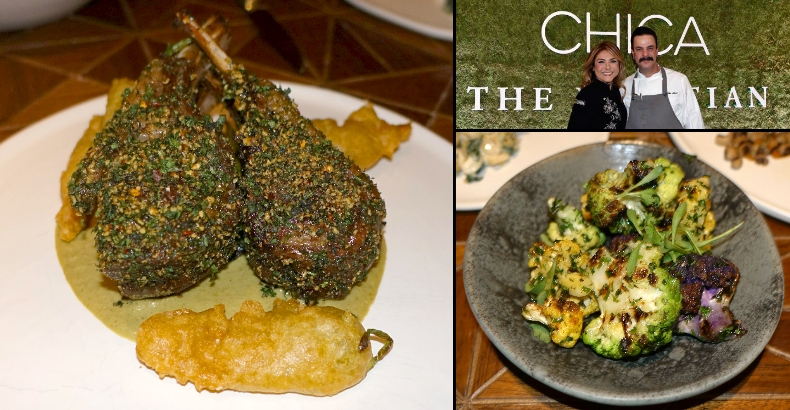 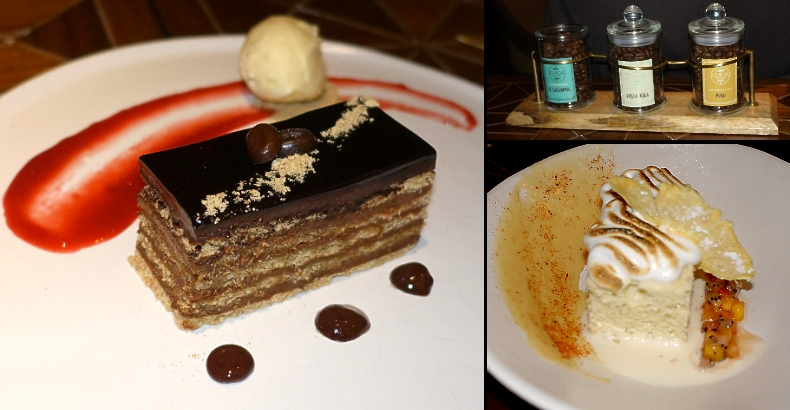 I love an opening as much as the next guy, but it’s not always the best way to gauge the fare of a new restaurant.  As such, I prefer to make a reservation, grab a friend or two, and enjoy the food – prepared and served as intended.  Such was the case, not too long ago, when I grabbed my pals Marcus Niaska and Clint Mauro, and headed to dinner at CHICA on The Venetian’s Restaurant Row.  The latest concept from restaurateur John Kunkel’s 50 Eggs, Inc, CHICA is the first Las Vegas restaurant for Chef Lorena Garcia, the First Lady of Latin Fusion cuisine.

As far as your senses are concerned, it’s a draw between the auditory and the olfactory, as to which comes online first, as you approach the restaurant.  The sounds and smells are both enticing and promising; and neither disappoints.  And, if I’ve learned nothing from my Miami peeps; everything in life is made better with a bit of Latin percussion.

But, it’s your taste-buds that will be pleased, most of all; thanks to a menu that celebrates what Kunkel refers to as the “the bold and vibrant flavors of Latin America.”  This is great for Las Vegas palates, because usually, when folks around here talk about food from “south of the border” my brain immediately goes to Mexican (which I love, btw…); but at CHICA, they go past that border, through Central America, and through South America, too.  That sounds like a lot, but Garcia has plucked and finessed her favorite dishes from countries including Peru, Brazil, Argentina, Mexico, and her beloved Venezuela – and from what I tasted, quite successfully.

We started with the Arepa Basket (assorted arepas with nata butter).  Arepas are unleavened patties that come to us from the Timoto-Cuica people of Northern South America; and nata is the cream that congeals when one boils raw milk.  Put the two together, and you’ve got the best bread-and-butter you can imagine.  CHICA’s nata butter is made in Miami, then flown to Los Angeles; after which it’s driven to Las Vegas.  This route takes four days, and while you’re no doubt thinking that this sounds like a lot of hoops to jump through, for some butter; I’m taking an entire paragraph, here, to talk about the bread-basket, so assume it’s just that good.

The Classic Ceviche (Alaskan halibut, Peruvian corn, confit sweet potato, and red onions, in leche de tigre) came next, and was so fresh I half expected a fisherman to stroll outta the kitchen.  The starter that really turned my crank, though, was the Grilled Peruvian Octopus (grilled octopus, crispy quinoa, blistered shishito peppers, and spicy guasacaca pico).  I’m a huge fan of octopus, but I’ve never had it this way, and it was sensational.  Also, I’m a freak for shishito peppers, so there’s that.

Next were our entrees.  First was the Asado Negro Braised Short Rib (Venezuelan-style short rib, with black-eyed peas two-ways, epazote oil, and pickled onions).  It was so tender and succulent, that were I alone (at home), I’d have no doubt forgone utensils, altogether.  Next came the Pepita Crusted Lamb (a pair of double Colorado lamb-chops, with an herb pumpkin seed crust, mole verde, crispy squash blossoms, and grilled Calabaza).  Hashtag Yum!  But the headline, here, was the Porchetta with Crispy Yucca Hash (slow-roasted suckling pig, with crispy Brussel sprouts, fried yucca, pearl onion escabeche, and pork jus).  Holy Puerco, Batman!  If I were a food-fetishist and could’ve excused myself from the table to have some alone-time with one dish, that evening – this would be the one.

Our mains were accompanied by the Mac con Queso (with Peruvian corn, hearts of palm, and spinach, in a parmesan cream gratin).  Regardless of the setting, you can say “Parmesan cream gratin” and you’ll have my undivided attention.  This did not disappoint (though I will admit to eating around the hearts of palm).  I didn’t touch the Chargrilled Cauliflower (with citrus herb drizzle), because, well, vegetables; but my dinner companions raved about it.

As we turned the corner, and headed into dessert, we were all full; but our server, Giorgio (who cleverly described the CHICA experience as “a fabulous trip around South America without paying for airfare”), told us it was worth the stomach-stretching; so we went for it.  And while it did nothing for my waistline, the sweet stuff was marvelous.  First, by way of Venezuela, came the Marquesa de Chocolate (rich, chocolate mousse, espresso-soaked graham crackers, and crema ice cream), that appeared to be a cross between tiramisu and a Napoleon, and tasted divine.  Then was the Tres Leches Dulce de Leche (traditional “three milks” cake, topped with toasted meringue, with exotic fruit pico), and let’s just say that ¡Me encanta mi torta de tres leches!

Even the coffee service – the Café Chica French Press Brew – was sublime.  Featuring beans from El Salvador, Costa Rica, and Peru; as full as we were (and we were really, really full), we were all blown-away by how strong yet smooth the coffee was.

So, the next time you’ve got a hankering for a great meal, with robust flavors, in a beautiful setting (nearly $4 million was spent on redoing the interiors), check-out CHICA.  Your waistline might gripe, but your taste-buds will thank you.