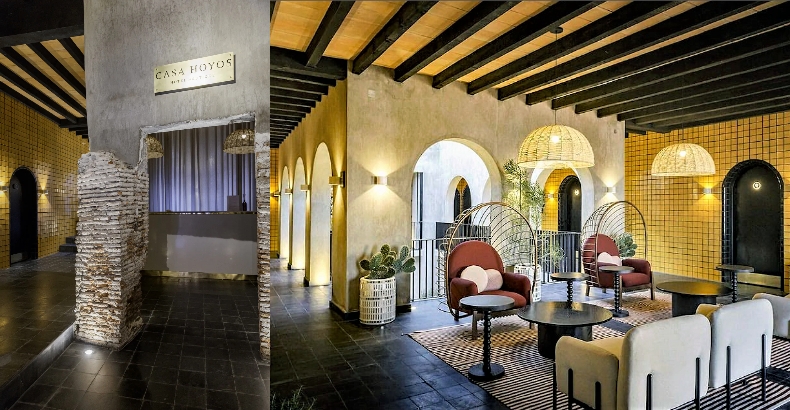 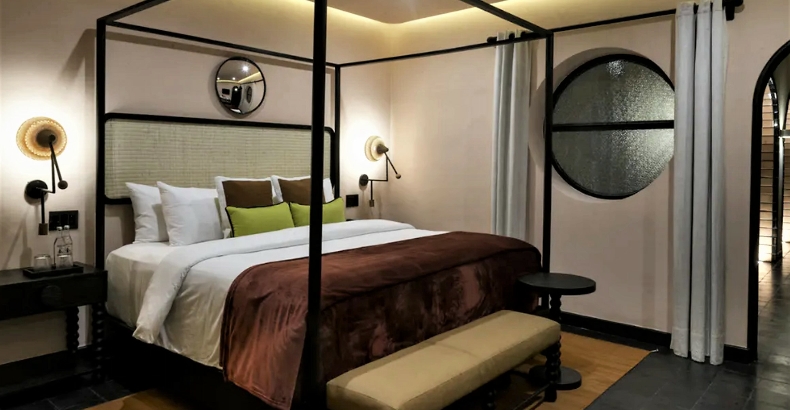 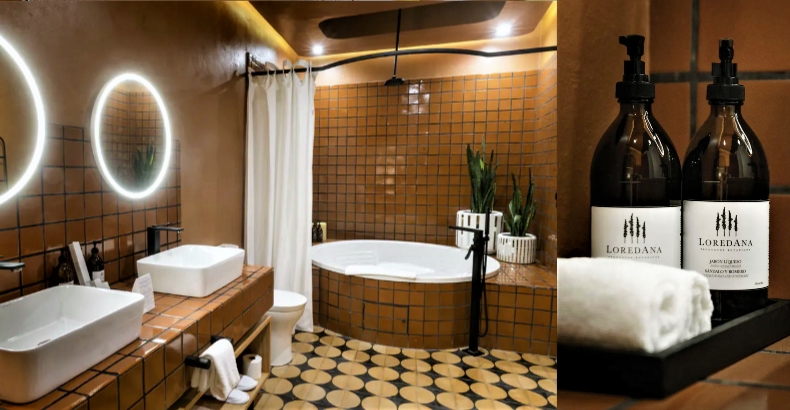 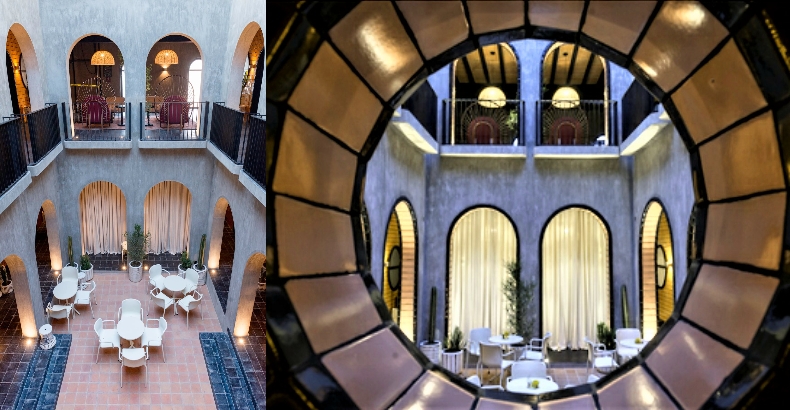 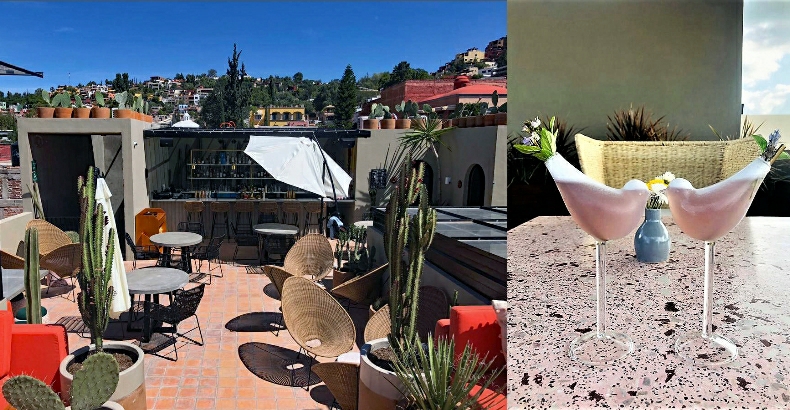 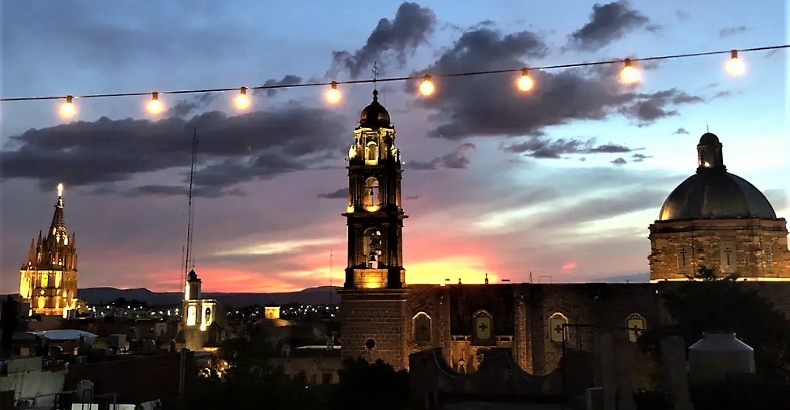 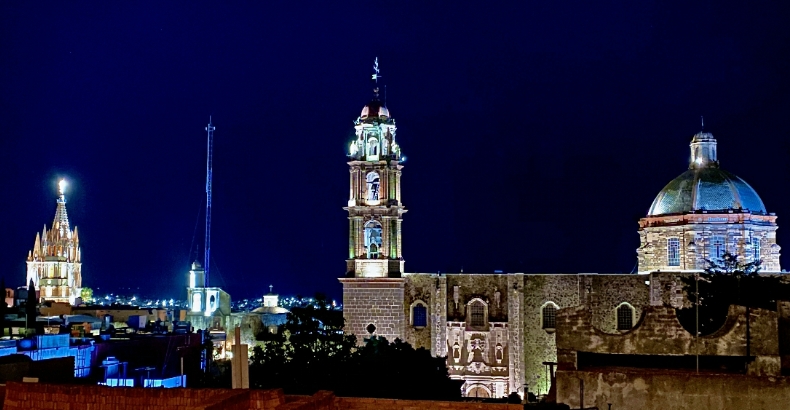 Recently, I was part of the group of globetrotting folks who’d congregated in San Miguel de Allende (a UNESCO-designated World Heritage Site, since 2008) during the annual Día de Los Muertos festivities to celebrate the tenth anniversary of Casa Dragones Tequila.

Along with the other guests representing the Fourth Estate, I was staying at Casa Hoyos, a just-opened boutique hotel, smack-dab in the middle of San Miguel de Allende’s Zona Centro; and I found it to be a delightfully inspired choice on behalf of our hosts – and not simply because the rooftop bar (that features some of the city’s most spectacular vistas as well as a pool-with-a-view) was the site of the first evening’s after-dinner reception, allowing those of us staying at Casa Hoyos to conclude our respective evenings simply by walking down the stairs.

Sometimes I find myself wondering why and how some so-called boutique hotels have arrived at that appellation, but with only sixteen rooms and suites, Casa Hoyos fits that description to the proverbial T.  Having repurposed what was originally—according to the kindly abuela who was walking past the entrance as a few of us were waiting for our Uber, and despite none of us having asked, insisted on telling us about the building which now housed our hotel—the first bank in San Miguel de Allende, Casa Hoyos doesn’t try to be overly stylish or too cool, opting instead for comfort with character.*

This jibes with the concept that “interior design goes beyond decoration or good taste,” held by the property’s designer, Maye Ruiz of AG Interior Studio, who feels that, as a designer, her main objective is always to create the experiential through the symbiosis of user and space, “always starting from a concept and telling a story.”

The rooms all featured furniture designed exclusively for Casa Hoyos, with the lamps, area rugs, sconces, and tapestries crafted by Mexican artisans and designers hailing from various regions of the country.  Bathrooms are a study in rich earth-tones (think: umber, ochre, and sienna) with baths, showers, and vanities covered in terracotta Saltillo tiles.

Now, I’ll be the first to admit that I have a habit of falling ass-backward into wonderful situations, and in this instance—though I’m still unsure as to how or why it came to pass—I was assigned to the one of the property’s Master Suites; and it was in the bathroom that the differences with the other accommodations really rang true.  Because while the Design Single Rooms, Design Double Rooms, and Junior Suites are all 30 square meters, the Master Suites measure 40 square meters, and this additional space was used to house the expansive jetted-tub and rain-shower.  And hats off to the folks at Casa Hoyos for filling the tub’s surround with potted cacti and large candles, as well as the large glass bottles of LoredAna products in Black Amber and Bergamot; not to be confused with the ones in Sandalwood and Rosemary, found between the twin sinks on the double-vanity.

And not for nothing, but before I’d arrived at Casa Hoyos, I’d never come across LoredAna (officially LoredAna Productos Botánicos), but that was rectified with a quick Google-ing, during which I was happy to learn that LoredAna is a Mexican company specializing in organic beauty products made in the style of old Mexican apothecaries, that are all-natural, environmentally-friendly and free from animal cruelty.  And the company does something that I found especially cool, where—in a nod to environmental responsibility—the company employs an in-store refilling system where customers can bring their 240mL glass bottles to be refilled (with, one imagines, a refilling fee).

But none of this—nor the lengthy list of amenities, including a café, a bar, unlimited bottled water, an in-room safe big enough to stow your laptop, a spa that will send a massage therapist to your room, free Wi-Fi, 43” Smart TVs with digital channels—would add-up to a hill of beans if it wasn’t for the attentive, friendly, and predominantly multilingual staff, especially the front desk where everyone was a veritable Juan- or Juanita-on-the-Spot.  Because, at the end of the día, the staff are the joyas in Casa Hoyos’s corona.

[Editor’s Note: The kindly abuela got it mostly correct, but not entirely; so here’s the scoop.  The building at Mesones 14 was owned by Julián Hoyos—a Spanish immigrant who, by 1947, had acquired not only the local branches of Banco Nacional de Mexico, Banco del Comercia, and Banco Mercantil del Bajio; but also the local BF Goodrich distributorship (Goodrich-Euzkadi), and the company that manufactured El Aguila cigars—and he called it “Casa Hoyos” because it housed all of his businesses.  Now (some three-quarters of a century later) one of Julián’s great-granddaughters has transformed the property into a boutique hotel fronted by an intimate plaza of shops, retaining the building’s original moniker.]