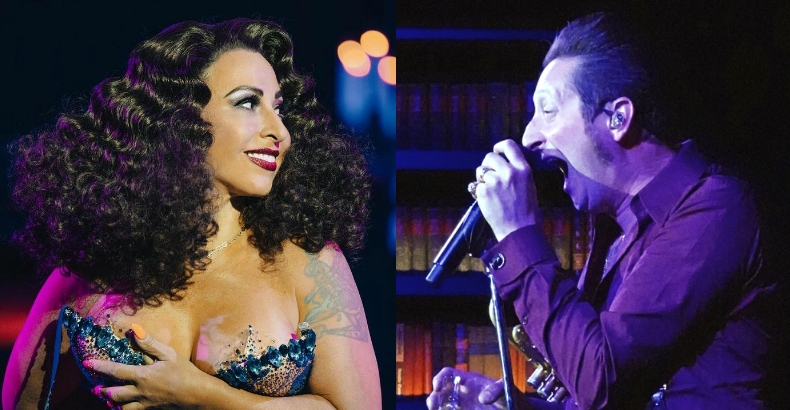 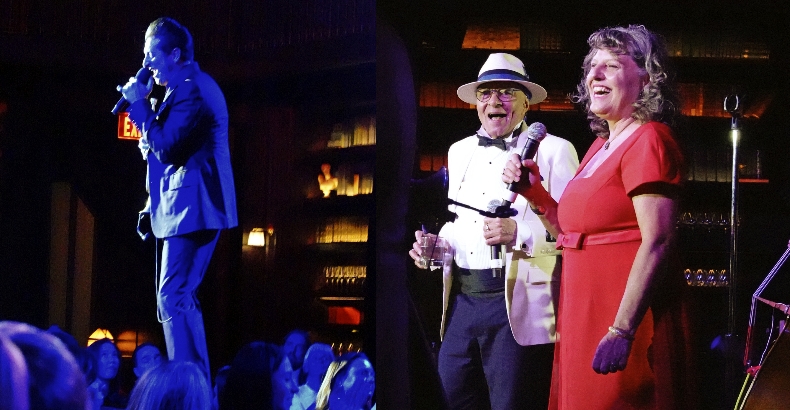 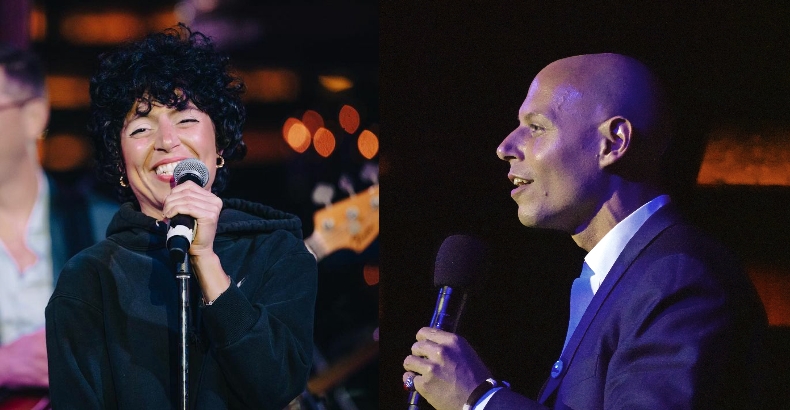 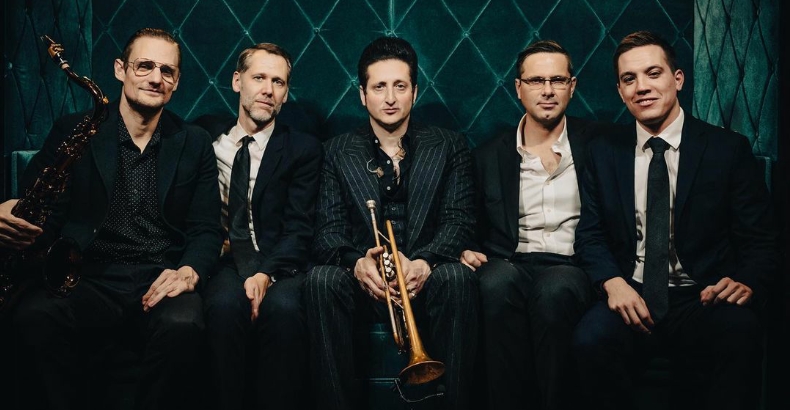 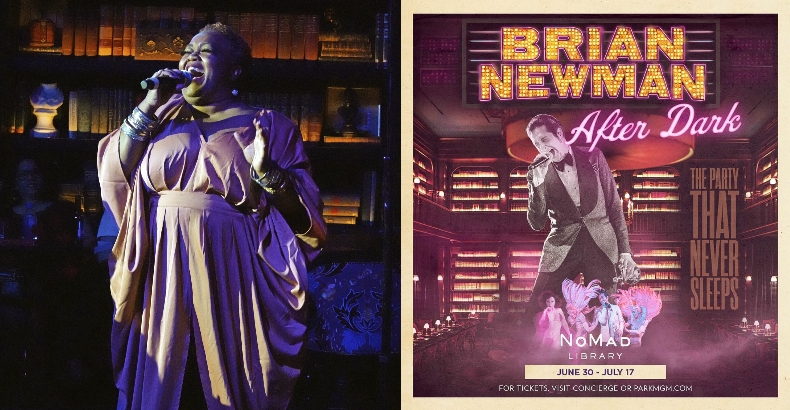 Take a talented, trumpet-playing bandleader-cum-emcee with the gift of gab, a kick-ass jazz quartet, and a heady mix of cabaret, burlesque, tap dancing, and live musical performances in genres ranging from jazz and scat singing to rock n’ roll and some particularly soulful country, and you’ve got Brian Newman: AFTER DARK.

For whatever reason, I’d never got around to taking in the widely acclaimed late-night get-down, led by Lady Gaga’s charming bandleader, which has returned for performances through July 17, in the NoMad Library at NoMad Las Vegas.  Blame it on my having embraced being middle-aged; but attending shows where the doors don’t even open until 11:30pm is something that takes a bit of effort, on my part.  To wit, I would require a nap.  And I took one, from 8pm—following a tasty Chinese dinner with my friend and editrix, Andrea Bennett, at the swanky Genting Palace inside Resorts World Las Vegas—to 10:30pm, at which point I woke up, rinsed off, brushed my teeth, primped, and skedaddled down to NoMad Las Vegas.

It was well worth it; because the acts that awaited me were sensational, and I had an absolute blast!  It’s Newman’s show, and he’s as much ringleader as bandleader.  His band—comprised of arranger Alex Smith (piano, organ), Daniel Foose (bass), Steve Kortyka (saxophone), and Nolan Byrd (drums)—is tight, and provides deeply funky accompaniment to the rotating assemblage of vocalists, dancers, and performance artists, many of whom are only in town for this or that weekend, while others are based, here, in Las Vegas.  And, as a cherry-on-top, the fabulous Angie Swan (lead guitarist, David Byrne’s American Utopia) sat in with the band (though, to be fair, she stood).

The line-up on Thursday began with burlesque goddess and 2008 Miss Exotic World, Angie Pontani (of the World Famous Pontani Sisters), who gave one saucy performance in the first act, and another (even more titillating) in the second.  As with the very best of the burlesque performers of yore, Angie is not only beguiling, seductive, and sexy enough to make me take notice (uh, those costumes are major!); but is also a clever comedienne with terrific timing, and her heavily-accented (by way of Trenton, NJ) banter with Newman (who is also her husband) adds just the right amount of schtick to the show.

Once Angie’s bedazzled castoffs had been retrieved from the audience by local burlesque artist, Buttercup, Newman welcomed jazz duo, Kim and Marion, to the stage.  Kim Kalesti and Marion Cowings teamed up in 1984 (both professionally and personally), and, in addition to releasing a number of albums, founded NYU’s Vocal Jazz Department.  Now, no longer married, but still performing together, Kim and Marion were a delight, and sang a few songs, including the version of “Samba de Amor” that they recorded for their 1984 album, Inside.

Kim and Marion gave the world more than just beautiful music; as their beautiful children, Emily King and AC Lincoln proved to us, that night.  King, the recipient of three GRAMMY nominations—Best Contemporary R&B Album (2007), Best R&B Song (2020), and Best R&B Performance (2021)—has performed or toured with everyone from Chaka Khan and John Legend to Alicia Keys and Erykah Badu; and was en fuego when performing with Newman and his band.  Lincoln both sang and tap-danced (it sounded like syncopated artillery fire!), and—though it may have been the light—brought to mind what it'd be like if Savion Glover resembled a young Francis Albert Sinatra.

At this point (well into the second act), had this been the end, I’d have left a very happy and fulfilled guy.  But, for me, the best was still yet to come, in the form of Skye Dee Miles; an entertainer so emotive that, by the end of her two-song set, I was simultaneously applauding and wiping tears from my eyes.  At Newman’s request, Miles, who resides in Las Vegas—and can also be seen, locally, headlining Bourbon & Blues in the Shag Room at Virgin Hotels Las Vegas (10pm-1am, Fridays and Saturdays) and hosting the Entertainers Lounge at S Bar Las Vegas inside The Shoppes at Mandalay Place—performed a cover of Little Big Town’s 2014 hit, “Girl Crush” that was so soulful and moving that I’m still wrecked.

So, if you enjoy a late-night show, full of everything that makes Las Vegas so Vegas-y, then check out Brian Newman: AFTER DARK (even if, like me, you require a nap to do so)!