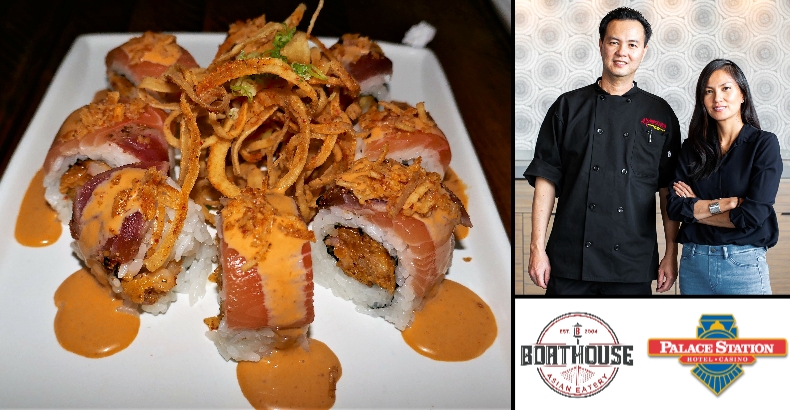 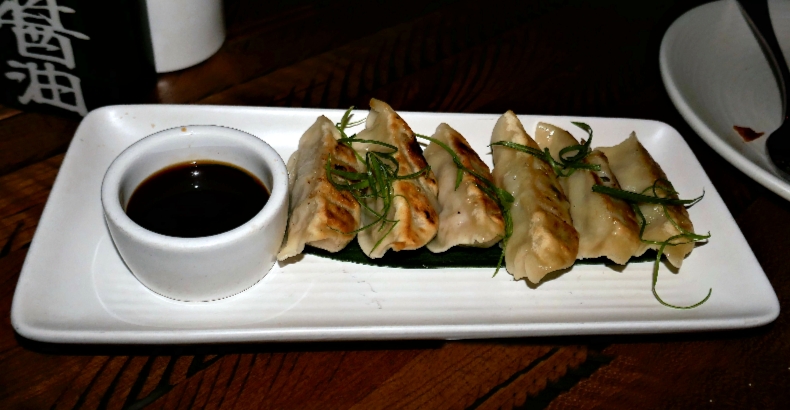 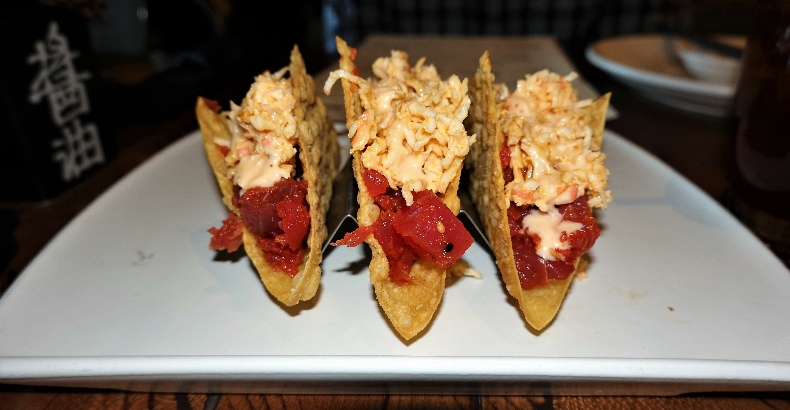 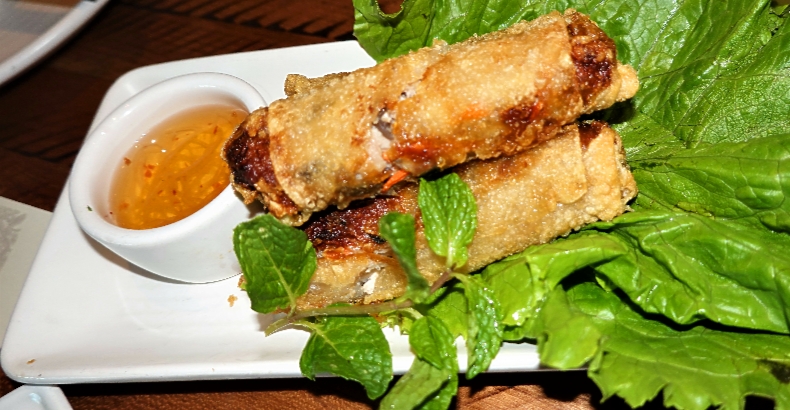 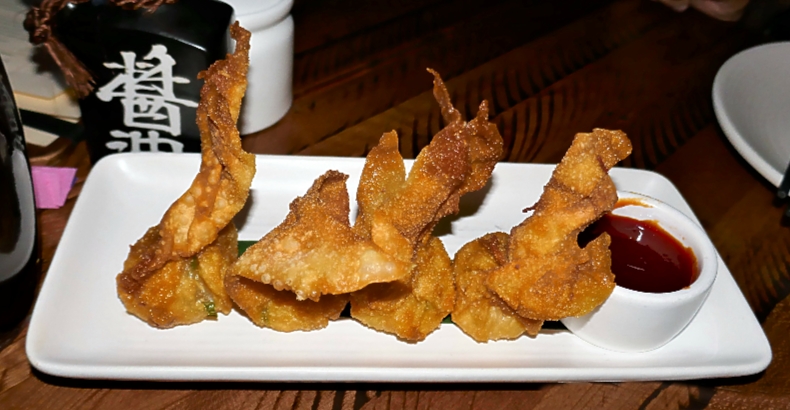 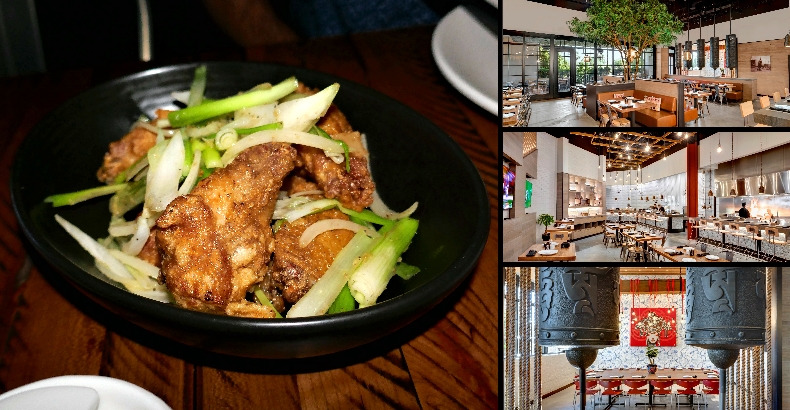 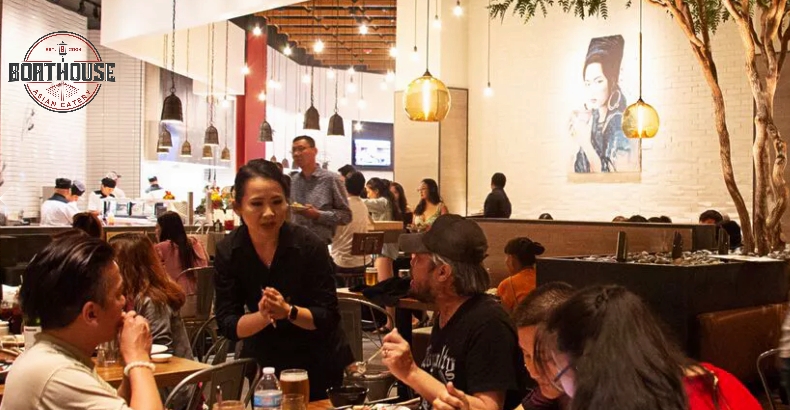 As much as I adore a long, languorous lunch; sometimes a guy or a gal has got places to be, and the appeal of a great lunch served in a timely manner becomes more apparent.  So, when I heard that the Bay Area’s Boathouse Asian Eatery had opened at Palace Station, my curiosity was piqued, and my stomach gave a gently urging rumble.

Truth be told, I hadn’t been inside Palace Station, since the mid-aughts; so, let me go on the record as acknowledging that I was pretty blown away by the scope (and success) of the renovations and the property’s new gourmet rooms.*

Now, if I’m being perfectly frank, I have no idea what’s been happening around the rest of the property.  They might’ve put a Jell-O wrestling pit in the Sports Book, for all I know;** but I can say with some authority that the restaurants off of the new Casino Valet are great, and fall into a category I like to call Strip-adjacent Upscale Casual.  In the case of Boathouse Asian Eatery (the first Las Vegas venue for NorCal restaurateurs Chef Tu Do; his sister, Cat Do; and their partner, Hans Mogensen – whose original Boathouse Asian Eatery is all the rage at the Station Casinos-managed Graton Resort & Casino, in wine country), this means the food at lunch is on par with what you’d find at pan-Asian venues, on the Strip; but with lower prices, and presented in a lovely, airy, art-filled setting.  To wit, the Spicy Tuna Roll at Boathouse is $10; but is $15 at Yellowtail (Bellagio); while Boathouse’s Chicken Chow Mein rings-in at $14, compared to $19 at Beijing Noodle No. 9 (Caesars Palace).

But really, what raised my brow was the convenience of being able to park in the Casino Valet, walk a few steps, and be at the respective entrances to Boathouse and bBd’s (the barbeque joint, next door).  Add to that the quick service, and some lunch specials made for those with their mind on their money and their money on their minds – I’m looking at you, Two-item Lunch Bento Box with Miso Soup, Salad, and Steamed Rice, with your more than 25 options from which to choose, starting at only $15 – that make eating at Boathouse Asian Eatery ideal for folks who work Off-Strip (especially along the West Sahara corridor), and who’ve only got an hour for lunch.

Me?  I’ve been twice for lunch, in the past month or so.  The first time I was there, with my friend Rob; we ate so much that I nearly fell into a food-coma.  That was a two-hour meal, but only because we just kept ordering as we went along, and enjoyed somewhere between 8-10 courses of cuisines including Chinese, Japanese, and Vietnamese.  It was a feast, to be sure; and the service was lovely (if a bit perplexed by our haphazard manner of ordering).

This week, I went with my pal Evan; and we were on a schedule.  We met, at 11:30am; and after a few courses, were done, paid, and pulling out of the Casino Valet by 12:25pm.  And we weren’t even availing ourselves of the Lunch Specials, mind you; though, I suspect that if we had, we might’ve been outta there, even earlier!  Likewise, had we really been pressed for time, we could’ve opted to sit at Boathouse’s 14-seat sushi bar or its 6-seat noodle bar; but we didn’t, electing instead to sit at a nice table on the banquette.

So, what can I recommend?  The Vietnamese-style Egg Rolls (pork and veggies, wrapped in rice paper, and served with nước mắm) were crispy and packed with flavor; and the Pan-seared Pot Stickers (pan-fried pork dumplings) were nicely done; neither too doughy nor too flimsy.  I was especially pleased with the appetizer the Do siblings call Tacolicious (wonton shells filled with spicy crab salad, spicy tuna, avocado, and spicy Thai aioli).  They were zesty, filled with heaping amounts of cold, spicy, seafood, and the shells did not fall apart when bitten into.  Meanwhile, the Crispy Crab Wontons (filled with crab salad, onion, and cream cheese, served with sweet & sour plum sauce) were a fun and crunchier take on the Crab Rangoon I so adore.

But the scene-stealer for my palate was the sushi roll called the World Series.  They start with spicy shrimp tempura, add tuna tataki and fresh salmon; then top it all with tempura onion and spicy “ninja” sauce.  Picture if you will Outback Steakhouse’s Bloomin’ Onion.  Now take-out 90% of the onion, replace it with heaping portions of fresh and fried seafood, and turn the whole thing upside-down.  Ta-dah!  That’s the World Series roll.  (And there go my salivary glands…)  As for dinner, I’ll have to get back to you (after I’m able to experience Boathouse after dark).

So, if Asian cuisine is your thing, and you’ve got a finite amount of time for lunch before you’re supposed to be back at your desk; then cruise by Palace Station and check-out Boathouse Asian Eatery.  You’ll be smiling all afternoon.

[Editor’s Notes: * In Las Vegas parlance, a gourmet room is any specialty restaurant in a casino, that’s neither a coffee shop nor a buffet // ** They might’ve, but they didn’t.]