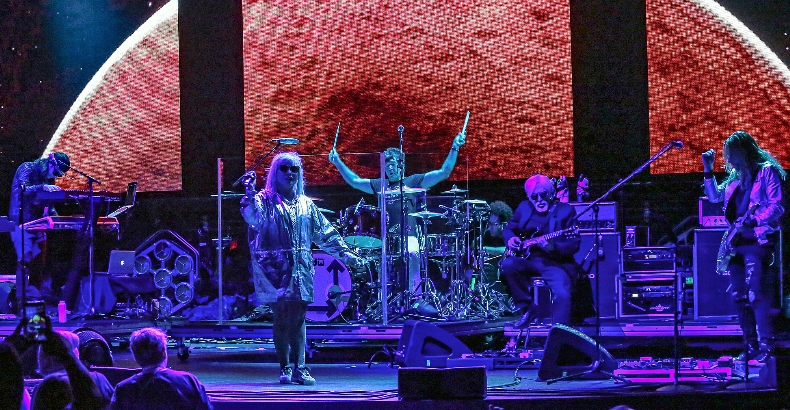 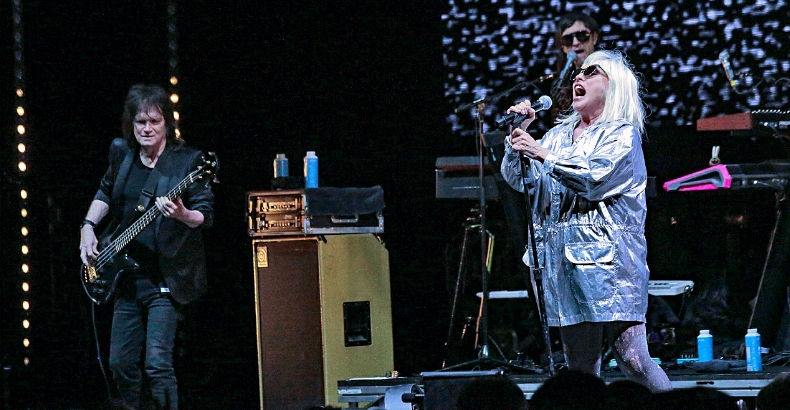 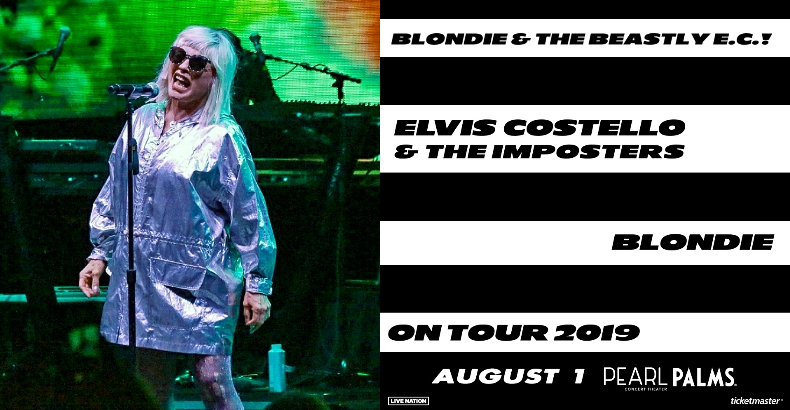 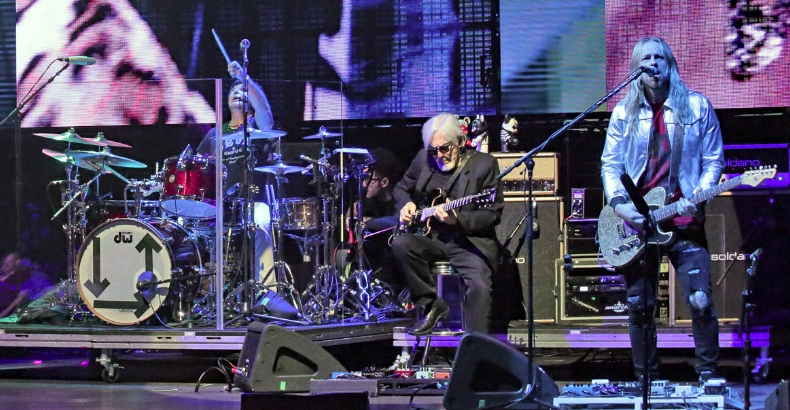 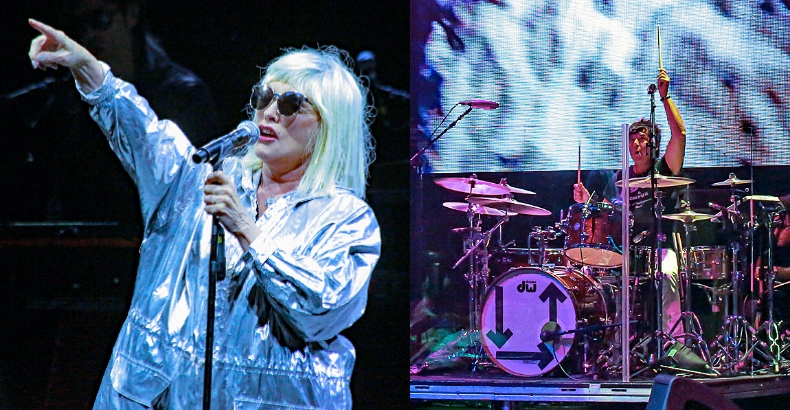 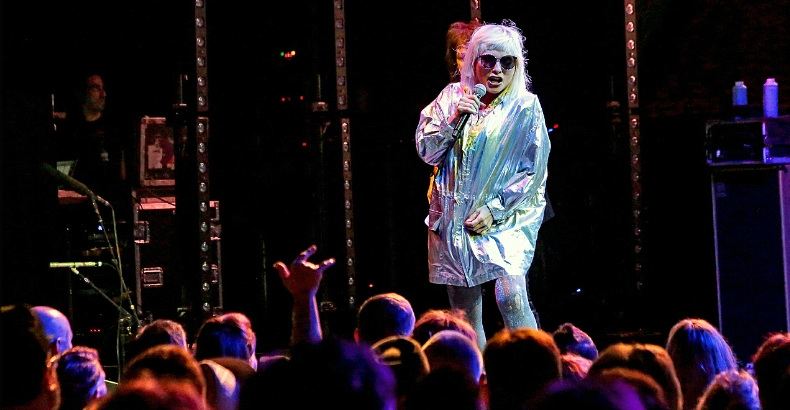 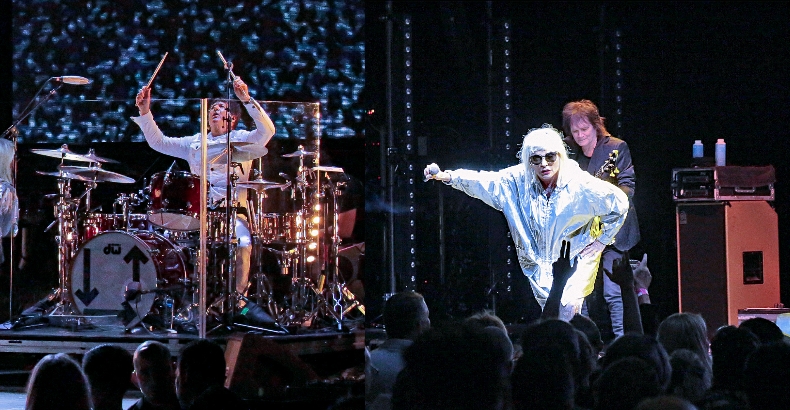 All photos by Stardust Fallout/Edison Graff

I was five when Blondie broke through with its third album, Parallel Lines, and eight by the time the group (Debbie Harry, Chris Stein, Clem Burke, Gary Valentine, and Jimmy Destri) released its first compilation album, The Best of Blondie (by which time they’d already had four songs top the Billboard charts*); so it’s a bit hard for me to remember a time in my life where the music of the new wave band from New York wasn’t woven into the tapestry of my life.

But Blondie wasn’t just a new wave band.  “Heart of Glass” legitimized rock to the disco set, and vice versa (though, to a lesser extent).  “Rapture” was the first song featuring rap to hit Number 1 on the charts, while the song’s music video (that premiered on Solid Gold) became the first rap video to air on MTV; while “The Tide is High” (a cover of John Holt’s 1966 hit for Jamaican rocksteady outfit, The Paragons) delivered an infectiously bouncy reggae groove.  The Giorgio Moroder and Debbie Harry-penned “Call Me” would be inextricably linked to the film American Gigolo (for which Morodor produced the score and soundtrack), was Billboard’s top single for 1980 and became a GRAMMY- and Golden Globe-nominated international sensation.  Harry performed “Call Me” (and “One Way or Another”) accompanied by Dr. Teeth and The Electric Mayhem, when she hosted The Muppet Show (February 1981), which was a pretty big deal, to nearly eight-year-old me.   Long story longer, while irrefutably a new wave band with punk leanings and a rock sensibility, the members of Blondie were responsible for introducing many musical formats to their listeners.

I can count how many times I’ve seen Blondie perform, but it’s always a treat; and their recent concert in the Pearl Concert Theater at Palms Casino Resort (a double bill with Elvis Costello, billed as It’s Blondie and the Beastly E.C.!) was no exception.  And for the record, they Turned. It. Out.

Debbie Harry was more energized than I’d seen her in years, and the audience was living for it.  Matt Katz-Bohen was en fuego at the keyboards (and the keytar!); while, at one point, the dynamic Tommy Kessler, not satisfied with simply playing one guitar, opted to play two at once.  And then there’s Clem Burke.  One of the most entertaining drummers to see play live, Burke showed off his chops (and numerous nimble-fingered stick tosses), plowing through the set with the angst, moxie, and showmanship for which he’s known.

The band kicked off their set by alternating a couple of their classic hits with songs from their latest studio album, Pollinator (2017): To wit, opening with “One Way or Another” and “Hangin on the Telephone” before segueing into the addictive “Fun;” then “Call Me” and “Sunday Girl” with “Too Much.”  Next came “Rapture,” a cover of Little Nas X’s “Old Town Road,” and the band’s Latin-flavored 2011 single “Wipe Off My Sweat.”  Rounding out the set was the trippy “Fade Away and Radiate,” “The Tide is High,” and “Orchid Club” (from the band’s 1982 release, The Hunter), before the big finish of “Atomic” and “Heart of Glass.”

For their encore, the band returned and played a cover of “From Russia with Love” * (the theme song to the James Bond film of the same name), and Harry’s 2007 single “You’re Too Hot,” bringing it all home with “Dreaming” **.

Let me just finish by discussing Ms. Harry (who's a couple of years older than my mom, btw), for a white-hot second, who wore the equivalent of a sleeveless Mylar windsock that’d been run through a paper shredder, during the encore.  Anyone else would've looked ludicrous, but with an assist from some strategically placed fans (the kind normally reserved for JLo’s hair), she was at once a futuristic style totem, a New Kingdom-era Egyptian high priestess (in photographic negative), and a post-modern version of Greta Garbo in Queen Christina, while relinquishing neither her signature mystique nor status as the once and future Grand Dame of the Downtown Demimonde.

I can’t speak to life on Mars (if you’ll forgive the Bowie-ism); but on this planet, even having embraced their status as éminences grises, the members of Blondie are still the coolest kids in the room.

[Editor’s Notes: * Meant as a particularly timely dig at the current Administration, the video monitors all showed artist Charles Leazott’s spoof of the Seal of the President of the United States that was erroneously shown behind the President when he spoke at the Turning Point USA Student Summit, last month.  In his faux seal, Leazott replaced the American Bald Eagle with the Double-Headed Eagle found on the Russian coat-of-arms, and put golf clubs and a wad of cash into the eagle’s talons (in lieu of the traditional arrows and olive branch).  He also replaced the motto “E Pluribus Unum” (Latin for “Out of Many, One”) with “45 Es un Títere” (Spanish for “45 is a Puppet”) // ** Please enjoy the video of Blondie performing “Dreaming” as the finale to the encore.  That said, please forgive the camera jerks between 0:07 and 0:15.]