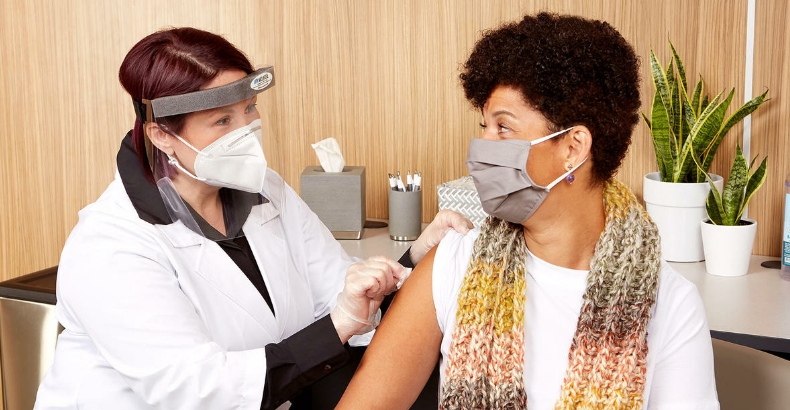 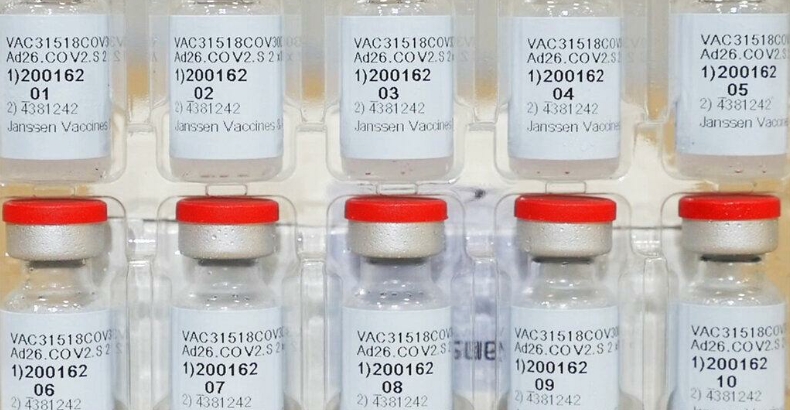 Having heard many stories from friends about having to drive someplace an hour away, and then waiting in long lines to get their vaccines, I was beginning to minorly freak out.  Not too badly (thanks, Xanax and MMJ!), but enough that it was becoming an issue, since, as a member of what the CDC has categorized as Phase 1C—"people aged 16-64 with underlying medical conditions that increase the risk of serious life-threatening complications from COVID-19”—I wasn’t sure when I would be eligible.

Then, last Monday—shortly after I’d returned from an extended stay in Hawaii, where I’d been hiding-out from COVID with my folks since January—my sister-in-law called to tell me that she’d heard that Albertsons was opening up for distribution of the Johnson & Johnson vaccine (that I’ve since come to refer to as the “one and done”), and to check out their website for more information.  So, I did, and it was a snap!

Here’s the thing: Between early February—when it was announced that Albertsons was participating in the Federal Retail Pharmacy Program—and last week, Albertsons had already provided over 250,000 vaccines.  Then, last Tuesday, the company announced that its 11,000 pharmacists and pharmacy technicians would be providing vaccines from their 1,700 pharmacies, noting that while they have the ability to administer 150,000 doses each day, only 15% of its immunization capacity was being utilized. *

I went to Albertsons.com, and the first thing I saw was a big blue banner running the width of the screen telling me to visit their Pharmacy Page, so I clicked on the link and once on the Pharmacy Page, I clicked a couple of boxes, scheduled an appointment (for the following day, at an Albertsons down the street from my house), and filled out and printed a PDF acknowledging that I was getting Johnson & Johnson’s Janssen COVID-19 vaccine.

The following afternoon, I drove to Albertsons, and having arrived only a few minutes before my appointment, was a bit concerned that there was going to be a long line at the Pharmacy.  But when I walked in, lo and behold, aside from the Pharmacy staff, there was only me and a woman who it turns out arrived just moments before I had.

I checked-in—which consisted of handing over that PDF I’d printed out as well as my driver’s license and insurance card, both of which were immediately returned—and was told to take a seat in a nearby waiting area that had been cordoned off.  By the time I’d sat down and opened my phone to peruse my newsfeed, I was being directed to a table where Tanya, a very friendly pharmacy tech, administered my shot, both proficiently and relatively painlessly.  Afterward, she led me back to the seating area and asked me to hang out for fifteen minutes for observation.  When the time was up, Tanya came back and told me I was good to go.

As I was driving home, I was blasting Juana’s Addicción and was in such a good mood that, without realizing it at first, I’d begun singing over the band’s 1990 megahit, “Been Caught Stealing,” with improvised lyrics about getting my vaccine (see my revised lyrics and the original music video, below).  Enjoy, and please vax-up, because I miss hugs.