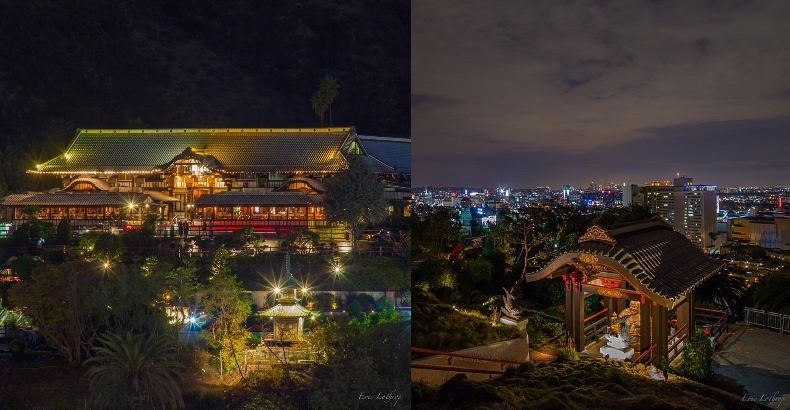 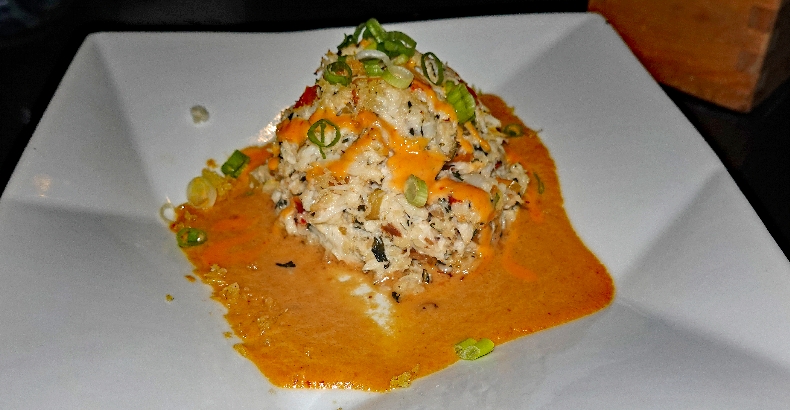 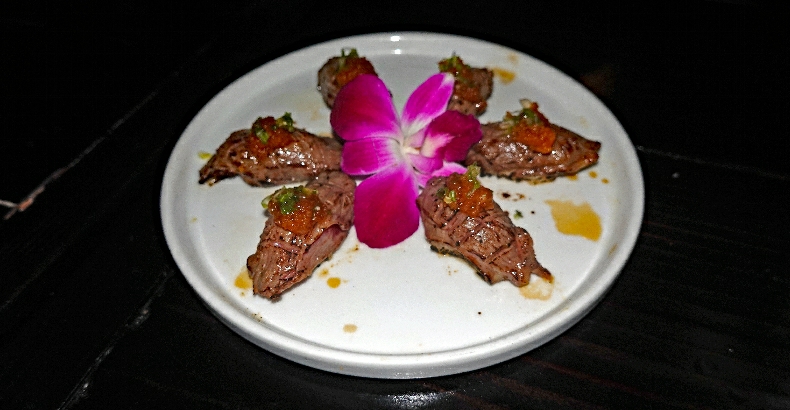 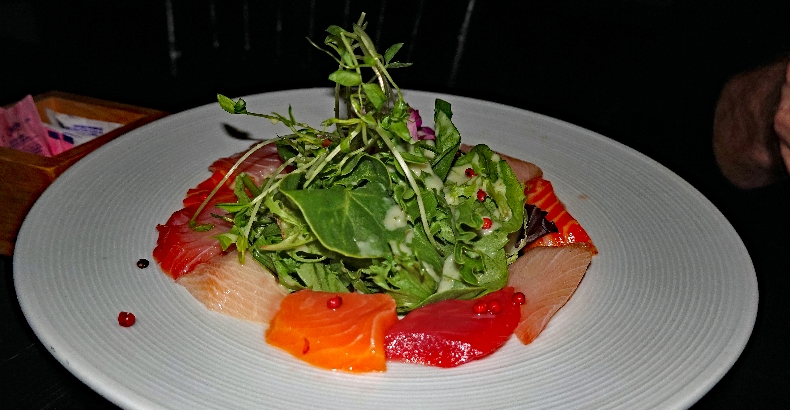 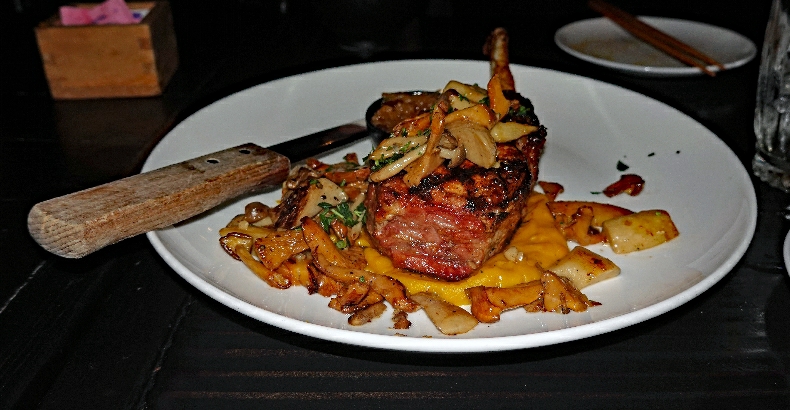 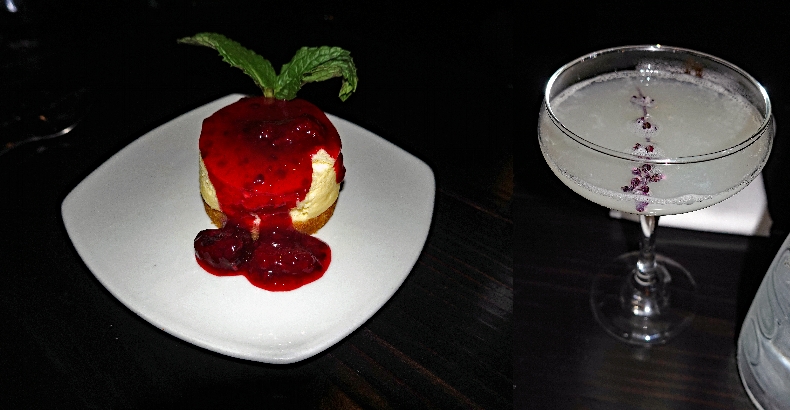 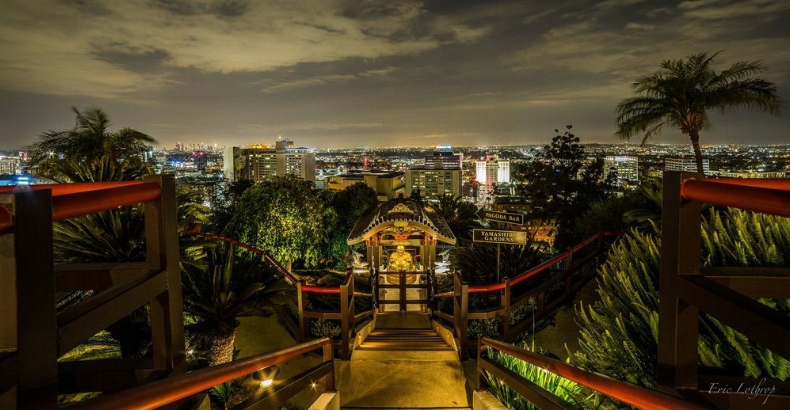 I’d see the sign for Yamashiro from the back of my Uber, whenever I’d come into West Hollywood from the Burbank Airport; and when I’d ask my LA friends about it, would invariably get some version of “Yamashiro?  Been there forever.  It’s very romantic and it’s got one of the best views in town, but the service is spotty, and the sushi is only so-so.”  And that would be that; until the next time that it occurred to me to ask.

Well, get ready to rewrite the lyrics to that old song-and-dance, because it seems that Yamashiro Hollywood (as it is now known) – that was constructed from 1911-1914 as an estate built by the wealthy Bernheimer brothers to house their extensive collection of Asian antiquities, and at various times was home to Hollywood’s exclusive 400 Club, a brothel, apartments, and a boys’ military school; before being purchased after WWII by Thomas Glover, who restored it to its former glory, and (with his son) repurposed it as Yamashiro Restaurant – is under new ownership, and has new operators, a new chef, and (as of last Friday) a new menu.

Now, I’m a sucker for ambiance and décor, and Yamashiro Hollywood delivers on both.  Meanwhile, the views are so spectacular that trips along the winding footpath to the Pagoda Bar and down the stairs to the Summer House with its smiling golden Buddha are worth the walk.  But as gorgeous as the building and its furnishings are, it’s the Garden that earns Yamashiro a spot on any ranking of LA’s most romantic restaurants; and it’s here – where many scenes have been filmed over the years, for movies including Sayonara (1957), Kill Bill (2003), Memoirs of a Geisha (2005), and Nocturnal Animals (2016) – that we were seated.

Our server, Alex, guided us through the new menu, telling us that Yamashiro Hollywood is no longer simply a sushi restaurant, but rather an Asian-fusion steakhouse with a heavy leaning toward Japanese cuisine; and, based on Alex’s suggestions, we got to ordering, and then sat back and sipped on our Kinshasa cocktail (with Haku vodka, lemon, lychee, and opal basil) which – thanks to the lychee’s sweetness being tempered by the lemon and basil – was a delightfully balanced example of contemporary Nipponese mixology.

We started with the Baked Crab Cake Dynamite (jumbo lump crab, peppers, onions, and yuzu, with miso cream, and topped “dynamite” style), and it wasn’t like any crab cake I’d ever had; but rather was deconstructed, with a light texture and a subtle flavor highlighted by bursts of spiciness.

Next came the Wagyu Beef Nigiri (six pieces of Wagyu beef, seared with tosazu, green onions, daikon, and truffle oil).  Each tender bite-sized morsel providing an explosion of rich truffle-enhanced flavor, such that our only complaint was that there were only six; but this minor gripe was only realized in retrospect, as no sooner had we each chopstick-ed our first pieces, than we were presented with the Sashimi Salad (a daisy-chain of albacore, ahi, whitefish, salmon, and Hamachi sashimi surrounding a mix of field greens in a preserved-lemon vinaigrette) which proved to be a fantastic lead-in to our entrée.

Now, both of us are pork chop fans, and within seconds of cutting and tasting our first bites of the Grilled 18oz Bone-In Neiman Ranch Pork Chop (with Hibiki pink peppercorn sauce, smashed five-spice fuji apples, and a summer mushroom mix), both of us were Oooo-ing and Aahhh-ing with our mouths full.  And once we’d actually chewed-and-swallowed said bites (and those that followed), we were both proclaiming it to be one of the best pork chops either of us had ever eaten.  The chop had been grilled to perfection, and those five-spice fuji apples were pretty sublime.  All-time best?  Perhaps not; but top ten for sure.

There were a lot of enticing entries on the Dessert menu, but the Hibiki Blackberry Cheesecake (creamy New York-style cheesecake with blackberry Hibiki whiskey sauce) appealed to us both, so that’s what we ordered; and we were both glad we did because it was the perfect ending to our meal.  Velvety and smooth, with a buttery Graham cracker crust, and topped with a sensational blackberry sauce kicked-up a notch by the Hibiki whiskey; this was one fantastic cheesecake.

Admittedly, having read a mixed bag of reviews, we were both cautiously optimistic; but since reopening after the new owners closed it for remodeling, Yamashiro Hollywood seems to have cleared out the cobwebs, and refurbished and enhanced the building and its surroundings, while refocusing and expanding the kitchen’s offerings, all with one of the most majestic panoramic views in Los Angeles.