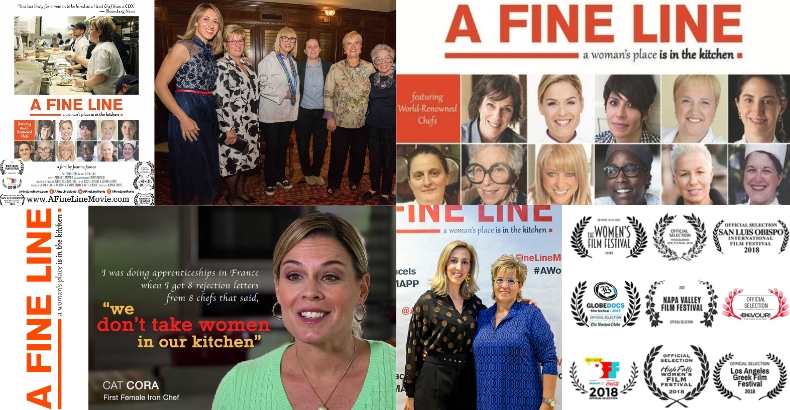 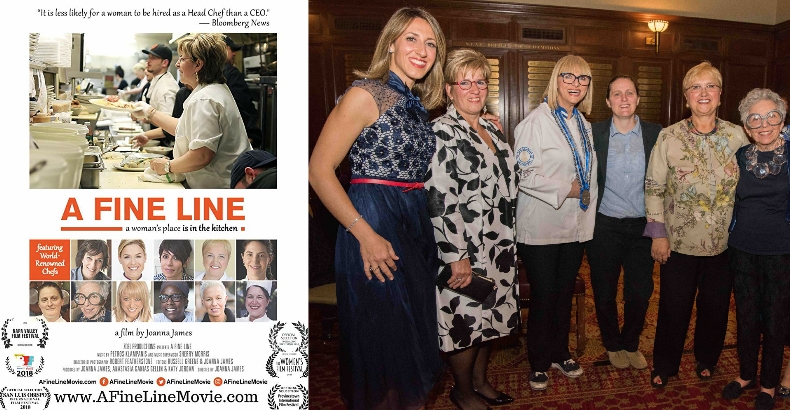 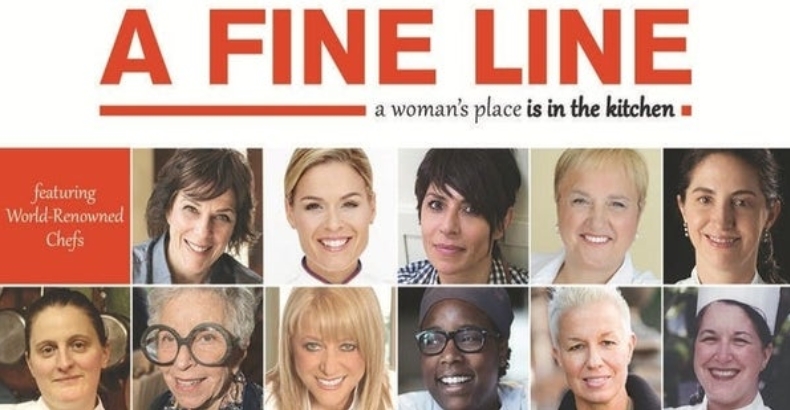 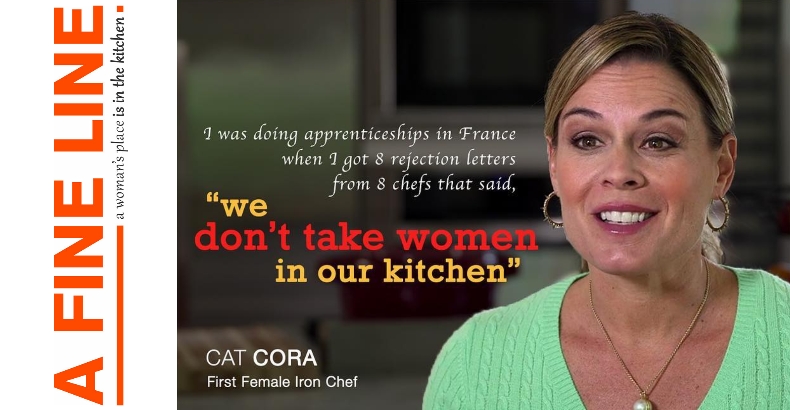 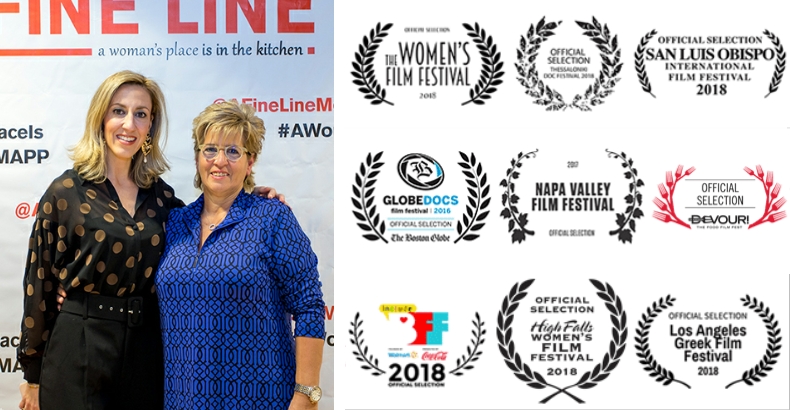 Seven percent. It seems like such a small and insignificant portion, right?  Now examine it from this perspective: Only seven percent of restaurant owners and head chefs are women.  And yet, since 2016, more than half of the graduates of the prestigious Culinary Institute of America have been female.  If these numbers give you pause, you’re not alone.

On Tuesday evening, the Women’s Hospitality Initiative kicked-off with a sold-out screening of Joanna James’ acclaimed documentary, A Fine Line, at UNLV’s Judy Bayley Theater.  James, who grew up watching her mother, Valerie James—the owner and operator of Val’s Restaurant in Holden, MA—open and run a successful restaurant (they just did 800 covers, last week, on Valentine’s Day), was inspired by Val’s resolve and determination and entrepreneurship.  That the indefatigable Val, a single mother raising two small children, never stopped going for it, even while struggling to get out from under the mountain of debt she’d ‘won’ in her divorce, will inspire anyone who takes an hour to watch this film.

A Fine Line is not simply the Valerie James story, though (which, having met Val, would no doubt have been a compelling, heartfelt, and hilarious film, in and of itself).  Rather, A Fine Line is the story of all female chefs and restaurateurs (aspiring or actualized) who have managed, despite (and in many cases, in spite of) the hurdles placed before them—whether blatant sexism, workplace harassment, or sexual assault, or the struggle to receive equal pay, mentoring, career advancement, and paid parental leave; not to mention the compounded obstacles for women of color or those who don’t fall, neatly, into some heteronormative mold—to go on to fulfilling careers in the culinary industry.

I don’t know how you measure success, but there is no doubt in my mind that every one of the women featured in A Fine Line is at the very top of her game.  Whether that game is about being named the “Global Ambassador of Greek Gastronomy” by the Chef’s Club of Greece (as has Maria Loi); becoming New York society’s most sought-after creator of wedding cakes (as Sylvia Weinstock did, after beating breast cancer, mind you); being Relais & Châteaux’s only female “Grand Chef” in North America, and the second female honored as “Outstanding Restaurateur” by the James Beard Foundation (I’m looking at you, Barbara Lynch); being the only female chef in the United States to earn two, and then three coveted stars from Michelin’s Le Guide Rouge (that’d be Dominique Crenn); being the first female “Iron Chef” and the first woman inducted into The American Culinary Federation’s American Academy of Chefs Hall of Fame (Cat Cora); or any of the honorifics and accolades bestowed upon the incredible, ceiling-shattering female culinarians who added their own stories, trials, and tribulations to this documentary (a list that also includes such dynamic and renowned chefs and restaurateurs as Elena Arzak, Mashama Bailey, Lidia Bastianich, April Bloomfield, Elizabeth Falkner, Carrie Nahabedian, and Angela Raynor), these women are winning.

Yet, I’m able to list all of them in a single paragraph, which means that while each woman has conquered her respective campaigns and won her individual battles, nobody has yet to win the war; and this is the conversation that A Fine Line hopes to spark.  What makes it such a compelling work of documentary filmmaking is that it tells the story in such a way that your brain will pay attention while your heartstrings are skillfully pulled.  Putting it in more personally relatable terms, I didn’t look at my watch once, during the entire screening.

And in a few weeks, you can see the documentary in the comfort of your own home, because, in honor of Women’s History Month, PBS will be airing A Fine Line many times throughout the month of March.  Check your local listings for dates and times.

Meanwhile, you’re probably wondering what the Women’s Hospitality Initiative is; and while you’re right to ask (and I can’t wait to tell you), you’re just gonna have to come back and read about that, in Part 2.  TTFN!