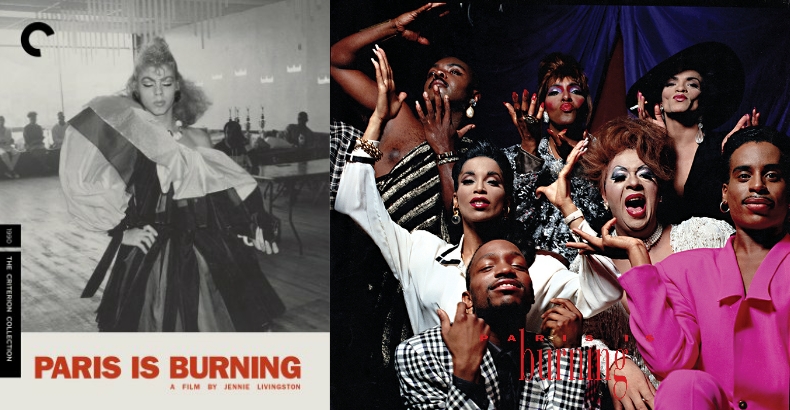 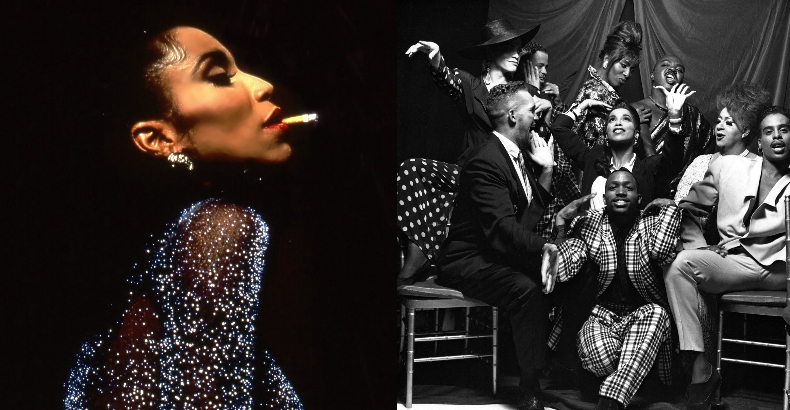 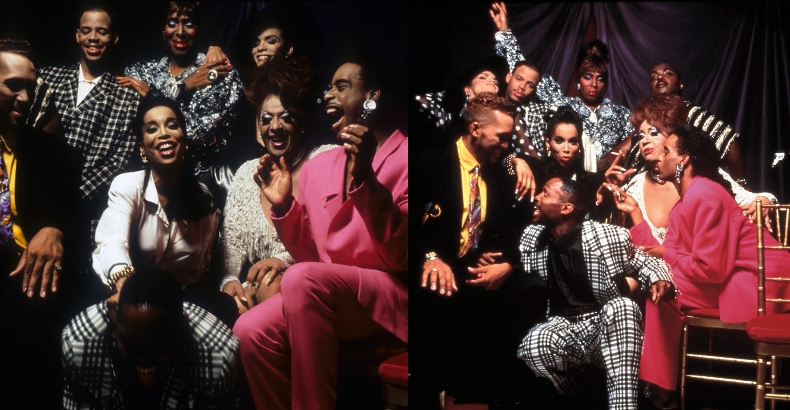 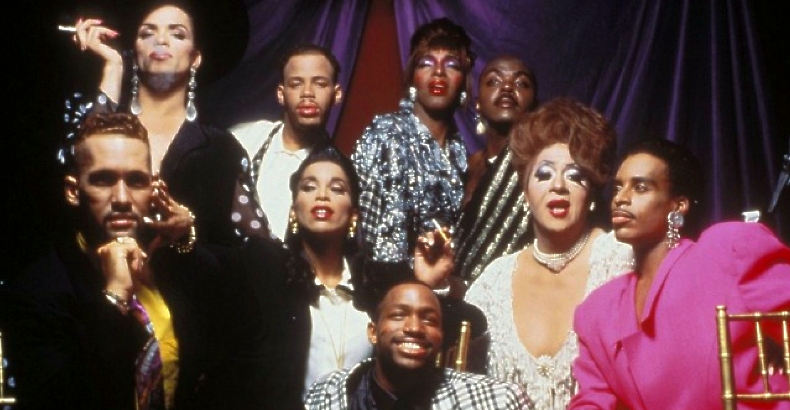 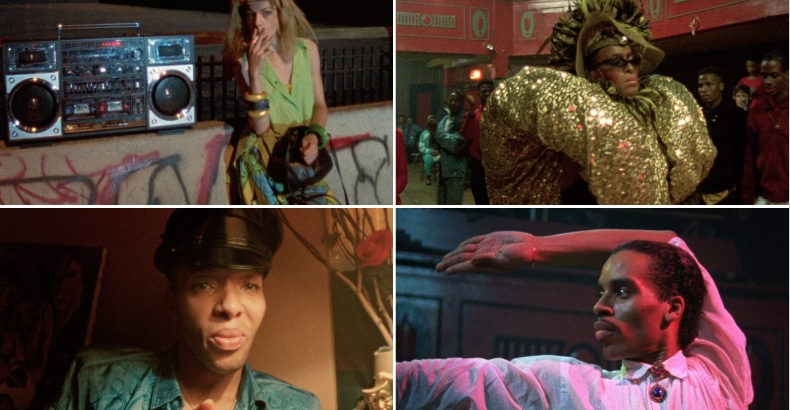 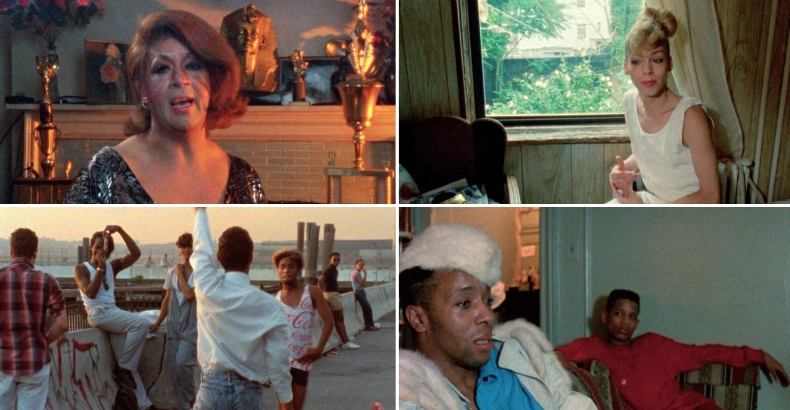 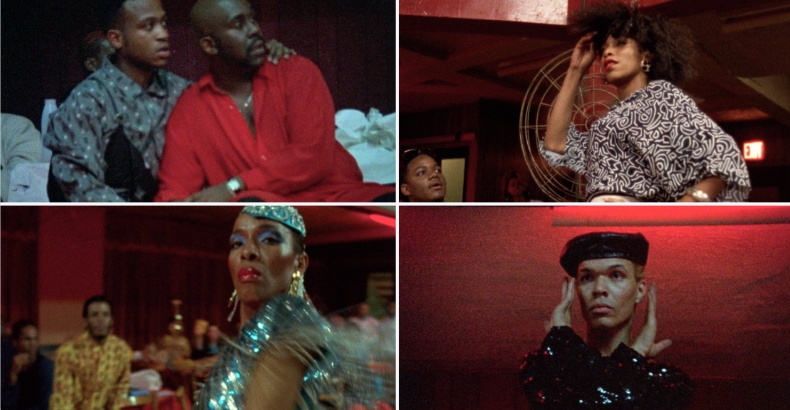 To coincide with the 30th anniversary of the release of Paris Is Burning (1990), Jennie Livingston’s oft-quoted, award-winning documentary [it received the Grand Jury Prize at the 1991 Sundance Film Festival] is being re-issued with an hour of never-before-seen footage, as well as an audio commentary, and a conversation between Livingston, filmmaker Thomas Allen Harris, and two of the film’s subjects, Sol Pendavis and Freddie Pendavis.   Bonus: Also included in this Criterion Collection release is a 1991 episode of The Joan Rivers Show on which Livingston and several of the film's stars appeared.

Filmed over seven years in the mid-to-late-1980s among the denizens of Harlem's Ballroom scene, Livingston’s documentary—in addition to introducing mainstream America to the likes of Willi Ninja, Octavia St. Laurent, Dorian Corey, and more—not only spoke to the differences between Reading and Shade, but to the ways in which the chosen families (aka Houses) in this Black and Latinx community dealt with rampant homophobia, transphobia, racism, HIV/AIDS, poverty, homelessness, and violence.

Decades later, in addition to providing RuPaul with some of the wittiest bon mots uttered on RuPaul’s Drag Race; many of the storylines on Ryan Murphy's acclaimed series, Pose (for which Livingston serves as Consulting Producer) were culled from the lives of Paris is Burning’s subjects.  To wit, the life of dancer/choreographer Willi Ninja served as a template for ‘Damon’ (played by Ryan Jamaal Swain), while that of the ethereal Octavia St. Laurent [and that of transgender model Tracey “Africa” Norman] informed the character of ‘Angel’ (played by Indya Moore).  Meanwhile, the tragic and still-unsolved murder of Venus Xtravaganza—whose lifeless body was found four days after she’d been strangled to death in a hotel room—was the source material for the demise of ‘Candy’ (played by Angelica Ross).  And that episode about ‘Elektra Abundance’ (played by Dominique Jackson) who takes a john who’d died during a BDSM trick-gone-wrong, and with a little help from her friends, seals the decomposing body in plastic, and hides it in a suitcase in her closet?  It was influenced by Dorian Corey, whose friends (after her death) had gone to Corey’s Harlem apartment to pack-up and sell her many incredible costumes.  There, among the sequined gowns and feather boas, they found a heavy valise that, upon opening, revealed the mummified corpse of a man, shot in the head, tucked into a fetal position, and wrapped in imitation leather.

As for those wondering why the House of Pendavis’ members are the only two of the film’s subjects featured in the conversation with Livingston and Harris, the sad truth is that they (and Junior LaBeija, the film’s immensely quotable emcee) are, quite literally, the last men standing.  Of Paris Is Burning’s other subjects, all gone too soon, Kim Pendavis died of heart failure (1992), Angie Xtravaganza from AIDS-related liver failure (1993), Dorian Corey from AIDS-related illness (1993), Pepper LaBeija from a heart attack (2003), Willi Ninja from AIDS-related heart-failure (2006), Octavia St. Laurent from cancer (2009), and Paris “Butch Queen” DuPree [whose annual Paris is Burning ball not only gave the documentary its name but originated the use of categories at its inaugural ball, in 1981] of heart failure (2011).

The new version of this film—the original of which was preserved in 2016 by The Library of Congress, due to its cultural, historical, and aesthetic significance—will be released on Blu-ray, by Criterion, on February 25, 2020.