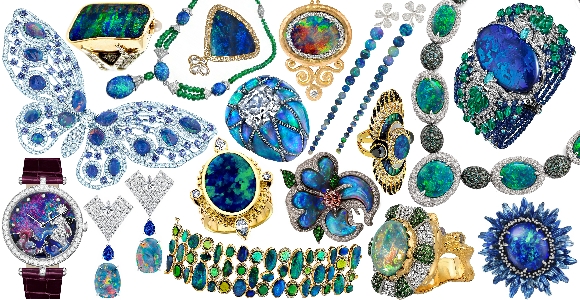 The most sought-after opals in the world come from the Lightning Ridge region of New South Wales, Australia.  According to Aboriginal legend, these opals were what remained when the Creator’s footprint came in contact with the Earth, at the base of a rainbow, and symbolize harmony.  With their backgrounds of black, dark gray, deep greens or blues, and even dark reds, the plays-of color are more intense than lighter opals.  Keep in mind that 95% of the mined opals are considered “common” – and of the remaining 5%, only 5% of those are precious.  And with a bit of mental math, we realize that the precious opals used in fine jewelry account for a mere one-quarter of one percent of all mined opals.

Australian jeweler Katherine Jetter is on a mission to bring opals to the international precious jewelry market, in a way that’s never been seen, and excitedly says of those opals from Lightning Ridge, “They’re solid gemstone material; so, when they catch the light, the entire opal becomes illuminated, causing it to glow and flash color from within.”

It’s those flashes of color that attract Arun Bohra of Arunashi to black opals; telling me how it’s the “soft curves” of the opal that appeal to him “in a very sensual way” (making me think that Mrs. Bohra must be a very lucky woman, indeed).

During the Middle Ages, many Europeans thought that, since they contained every color, opals carried the virtues of every colored stone; with the Romans valuing them more highly than anything, dubbing them opalus (“precious stone”).  Of course, opals aren’t stones, per se; but actually, minerals that form when water seeps into silica, in sediment.  For this reason, I prefer the Bedouin tradition that opals hold the lightning that strikes during a thunderstorm.

More of the established Maisons – from Cartier and Chopard to Van Cleef & Arpels and Tiffany & Co. – have begun using black opals, in their haute joaillerie collections; while houses like Louis Vuitton and Lalique are creating entire collections around them.

Walking around the floor and the villas at Wynn Las Vegas, during Couture, I’ve taken notice of black opals “doing shows” in the salons of such designers as Victor Velyan, Pamela Huizenga Jewelry, and K Brunini Jewels – each of which has built a reputation upon creating one-of-a-kind precious jewelry pieces that espouse empowerment and individuality.  Gaze upon Velyan’s cocktail ring, Huizenga’s bracelet, and Brunini’s gent’s ring; and imagine how you’d feel while featuring any of those pieces.  I’ve fondled all of them (there’s really no better way to describe it), and lemme tell you – each is guaranteed to put a hitch in your giddy-up!

Meanwhile, how could you not feel positively regal, in Faraone Mennella’s “Artemisia” parure, of Australian black opals with green and white diamonds?  Named after the Anatolian warrior-queen and naval strategist—herself named for the Greek goddess of the Hunt—Artemisia I of Caria was the only woman in all of Antiquity to whom Herodotus ascribed the virtue of courage.  That’s a lot to live up to; but it’s a lot of necklace, and it does so, with the noble balance of strength and femininity for which we remember Artemisia, some 2,500 years later.

Get into it!
#Opals 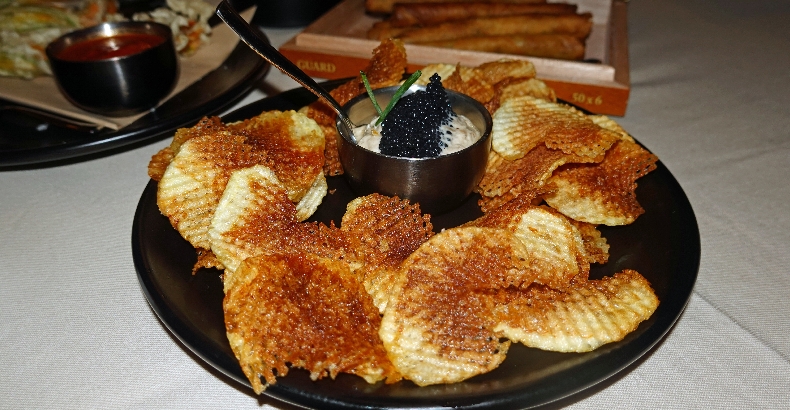