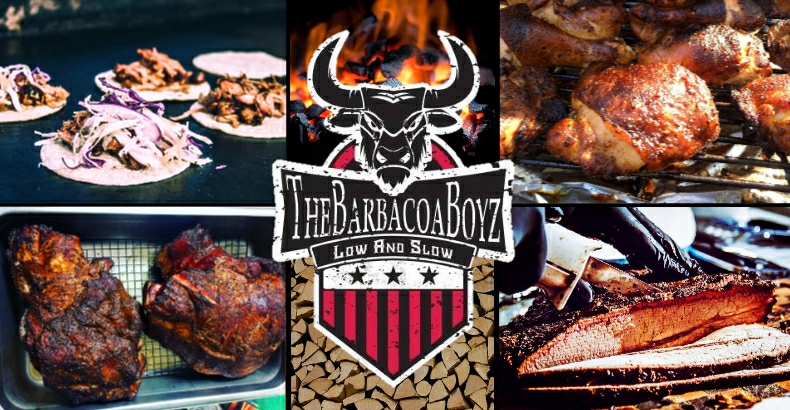 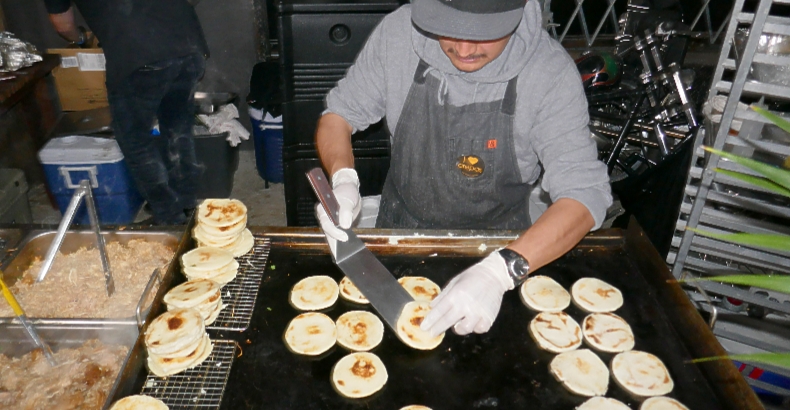 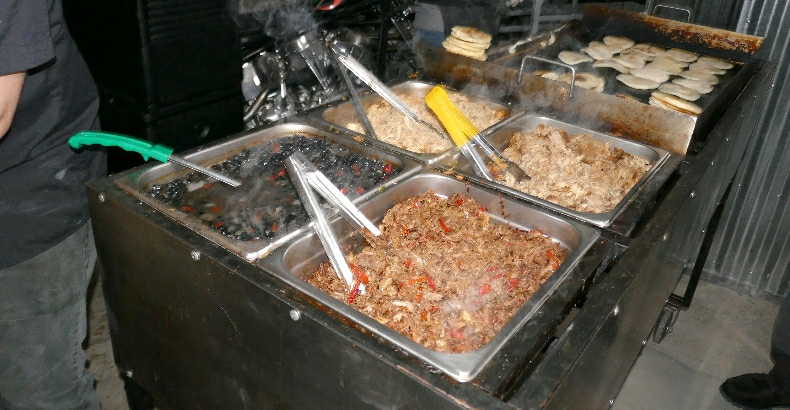 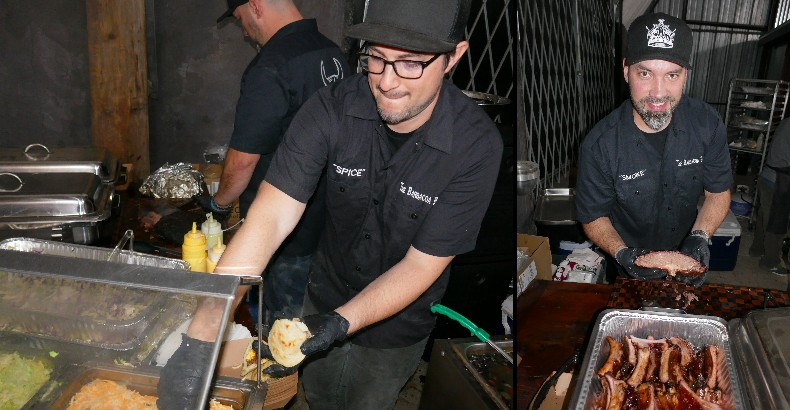 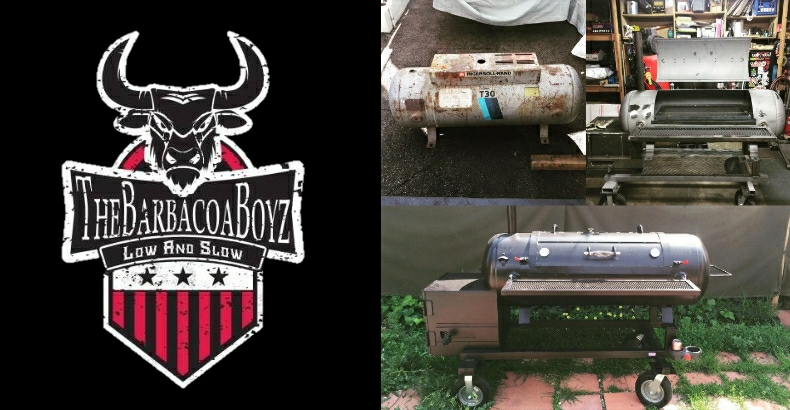 Not too long ago, I was attending the unveiling of the atelier at Good Art HLYWD’s foundry, in Downtown Los Angeles (which is totally gorge, and worthy of its own article); when I found myself in-line, waiting for food.  This isn’t an unusual situation for me; as food is one of the few things for which I’m willing to wait around.  But as I got closer, the savory smells wafting towards me caught my attention.  If I concentrated, I could make-out the general scents of barbeque.  I couldn’t make anything more specific; but I knew I was gonna wait and find out.

As I approached the front of the line, I found myself face-to-face with Chef JP – creator of LA’s first arepa cart (the much ballyhooed Comida) – now, the Cocinero of The Barbacoa Boyz; the team behind the deliciousness into which I was about to dive.  JP proceeded to hand me a trio of arepas – one each with Carne Asada (marinated grilled beef), Pibil Pulled Pork (Yucatan-inspired smoked pork), and Pollo Rana (Argentine smoked chicken)

With my plate full, I made my way to one of the large, communal tables, and proceeded to wolf down my arepas; not stopping until they’d been devoured, with a bit of juice running down my chin, the only evidence of their existence.  A fellow guest, sitting next to me, turned and said “If you think the arepas are good, wait until you try the ribs and brisket!

Ribs?!?!  Brisket?!?!  From a Latin American caterer?!?!  Well, no sooner had I thought this, then my legs (seemingly of their own accord) relocated me, back into the food line.  This time, I skipped over Chef JP and his tasty arepas, in favor of Pit Master Jay Austin, and the results of his barbeque brilliance.  With a plate full of Barbacoa Brisket (smoked brisket) and Costillas Ahumadas (smoked pork ribs), I knew I had to find out more, about these guys and the food they so lovingly prepare.

You see, while JP was making the arepas that would make his cart the talk of foodies across the Southland, Kansas-born Jay wanted to bring the barbeque of his childhood to Los Angeles, led by his belief that barbeque is “the one language everyone speaks.” (Preach, Pit Master Jay!)  Deciding that it was high time he transformed his passion into proficiency, his first step was to design and then create a custom-made reverse-flow “stick-burning” smoker.  Having done so, he christened it Fury.

Now, with Chef JP pondering his next move – one in which he wanted to incorporate the ingredients and techniques utilized in the Asados of Latin America; and with Fury smoking away to the delight of Jay; their meeting would be a momentous one, that would change the taste of barbeque, as we know it – leading to the birth of The Barbacoa Boyz.

An homage to the immense pit-cooking traditions of pre- and post-Colombian cultures, the term barbacoa was first used by Spanish explorers, who appropriated the native word barbicu (meaning the roasting of meat over a wooden grill that rested above the flame, on sticks).  Thus, The Barbacoa Boyz, with their unique combination of barbeque methods and flavors culled from North, Central, and South America.

So, how good is it?  Well, if it’s any indication, this is the first time I’ve ever been so taken by a catering service that I’ve sat down and written about it; so I’m just gonna let that speak for itself, and sign-off with these words of wisdom: If you find yourself at an event in LA, being catered by The Barbacoa Boyz; do not pass GO and do not collect $200.  Just grab a plate (and a bunch of napkins), get in line, and make sure you try the ribs.  It may be trite, but the meat really does fall right off the bone!

Get into it!
#BBQ